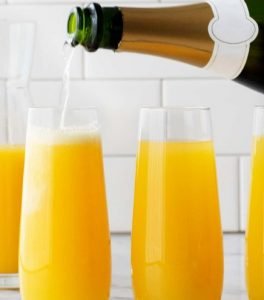 More in the comments below!

Connect with
I allow to create an account
When you login first time using a Social Login button, we collect your account public profile information shared by Social Login provider, based on your privacy settings. We also get your email address to automatically create an account for you in our website. Once your account is created, you'll be logged-in to this account.
DisagreeAgree
23
27
0
4

Posting tweets by progressives, some whom may join the Squad at some juncture. We’ll see!

We just got sworn-in, and for the first time in history, there’s an LGBTQ+ immigrant in the U.S. Congress.

It will not take centuries longer for the next.

Finally sworn into the 118th congress! Time to go to work! pic.twitter.com/eWyRz6wB7x

That feeling when you finally get sworn-in for your third term in Congress.

🇺🇸🗽✊ Okay, you all, get ready to fight the FRight fruities this summer over the debt limit, SS, and Medicare. We The People are right behind ya!✊✊🇺🇸

✊👏 On my trusty iPad. I can get the emojis a lot easier on this device than on my crusty ole warhorse desktop.

And we should really hope it works at scale, because 60% of world production of lithium is available at the Salton Sea Geothermal Field, it's permitted, it's sustainable, and it's about 10 million times less destructive than hard rock mining.

Your 118th Congress is now in session. pic.twitter.com/zH419BKS90

Rogers of AL was ready to lunge at Matt Gaetz, but I’m certain many were ready to given it was nearly midnight.

Back on the ole desktop. Gaetz is just another Desh1tface and Orange Maggot: a showboater. Problem is the idiot yahoos who fall for these jerks.

I CAN believe it, as the GQP resembles other 3rd world countries that have fights breaking out on their legislative floors quite frequently

1. Subcommittee on the Coronavirus Pandemic

2. Committee on Strategic Competition between the U.S. and China

3. Subcommittee on the Weaponization of the Federal Government.

As we all know, this will be one h3lluva dysfunctional House! 🙁 And that’s with climate catastrophe staring right in our face!

Title 42 is no longer just a Trump-era policy. This harmful, anti-Black & brown policy is now an official position of the Biden administration.

This announcement is unconscionable & will result in the continuation of life-threatening harm to vulnerable migrant communities. https://t.co/is4XgHea2f

Byedone is a RW fossil. Where’s the surprise?

or put it another way…

"This group of taxpayers have historically been targeted not because they account most tax under-reporting but because they are easy marks in an era when IRS…relies upon correspondence audits yet doesn’t have the resources to assist taxpayers or answer their questions." pic.twitter.com/N22WucJe0L

That got crankin’ with the Raygun Curse.

Yeee-haaah! That Gen Zer proudly hails from my neck of the woods.🙂👍 C’mon, Maxwell, make us FL Progressives proud.☮️T and R x 2, Ms. Benny!! ☮️🙂👍 Thanks for doing the weekend Nest hosting. Hope your body is continuing to heal. ✊

Classical, pathetic illustration of a yahoo per Jonathan Swift. One reason why I am not impressed with the Ivy Leagues and Hah-vad.

Harvard isn’t the worst institution in the US. It has some pluses as well as minuses. It finally appointed a BIPOC woman president. The institution that has the potential to be one of the worst is the U of FL in general, now that DeSantis appointed Ben Sass, someone the faculty and students did not wish to be the president/chancellor.

You can also make that statement about the University of Chicago where Milton Friedman came from. Talk about stupid and backwards.

I suppose, although they have noteworthy alums. One of them is the new Chairman of the Senate Health, Education, Labor & Pensions committee. 🙂

In 1969, when Black Americans were prevented from swimming alongside whites, Mr. Rogers invited Officer Clemmons to join him and cool his feet in a pool. pic.twitter.com/fdhMA7zJh7

The top 5 corporate donors to the Sedition Caucus:

Normally, the First Lady of a state is not terribly newsworthy to me. But this article from the Chicago Sun-Times illustrates the Pritzkers’ rise in prominence in the Dem party–and perhaps aspirations for president one day. Both have been very active in politics early on.

Now, on the eve of the second inaugural of her husband, the wife of Gov. J.B. Pritzker — billionaire scion of the Hyatt Hotel dynasty — agreed to sit down for an exclusive peek inside “M.K.’s world.”

It is a world of a schedule on steroids, the timetable of a social worker and socialite, a doyenne managing two homes, three farms, a governor’s mansion belonging to the state of Illinois, and a passion for criminal justice focused on women incarcerated in Illinois prisons.

“I’d like to think my husband and I have become partners in knowing everybody counts, especially fighting for the voiceless and the powerless,” says the first lady, who chuckles about “their vastly different backgrounds growing up.

“No one could have imagined this union,” she says. “J.B. and I came from two very different worlds, wound up working on the same floor of the Senate Office Building in Washington, D.C., and met on a blind lunch date. The lunch cost J.B. a total of $4.80.”

She has spent the past four years dealing with two teenagers in the midst of the COVID pandemic, curating a collection of Illinois art and historic furniture for the newly rebuilt governor’s mansion, reviving the state’s poet laureate and arts program and, without fanfare, visiting prisons to interview incarcerated women throughout Illinois.

“Decades ago, I met an entire family of women serving time at Cook County Jail,” she says. “The grandmother was serving time for murder. Her daughter and granddaughter were in serious criminal muck. Prison was their home. It was a nightmare.”

M.K., whose nickname was born during her college years, grew up in Nebraska and the South Dakota prairie. Her future husband grew up in a big-city environment in California.

“It’s probably why I have learned to love Springfield — its warmth, its size, like my Sioux Falls hometown. It’s very familiar territory to me. Rural. A feel of the west. Very low key.

“And I got to do the fun job of redecorating a newly restored house,” she says, having been educated in historic decorative arts and architecture and now writing a book on the governor’s mansion makeover, which is set for publication later this year.

“It was a cold, gray day when I walked into the governor’s mansion before the Inaugural. I was so nervous. I had a giant learning curve ahead of me.”

The current first lady says she learned “true skills” on the farm of her “Grandma Marce.”

“She taught me to sew, crochet, make chocolate cake, take care of animals like ‘retired’ horses and, as the church’s secretary who handled donations, she taught me bookkeeping. It’s served me well.

“I may have gotten in trouble ringing the church bells, but mornings of feeding the pigs, farm work and building forts out of twigs kept my brother and I busy.”

A farm has never been far from M.K.’s front door.

“My dad, Ted, grew up on a little farm in Nebraska, a land grant to my family during the Civil War,” she says. “I own it now.

“My dad was the first person in the family to go to college, where he met my mom, who eventually became a state senator. Dad served as chief of staff to South Dakota Gov. Richard Kneip, the next-to-last Democrat to serve as the state’s governor since 1978.”

Last year, M.K., an avatar for women’s health issues, was credited by Secretary of State Jesse White with helping push creation of a new, streamlined state ID program for prisoners approaching release, which is now managed by that office.

“They desperately need to find housing and jobs upon exit from prison,” she says. “Imagine not even being able to access your birth certificate or proof you ever paid a bill lost or misplaced while you were lost in the prison system.

“If you incarcerate a mother, you are also incarcerating her children. And 86% of women in state prison are serving sentences for nonviolent crimes.”

An equestrian and horse devotee, M.K. was given six miniature cows by her husband. “They are wonderful,” she said of her herd of six: Huey, Eleanor Roosevelt, Crouton, Peaches, Blondie and Alice, all at their farm in Wisconsin.

Surely, a whiff of wonder on a farm once owned by a beloved grandmother named Marcelene.

Real photo shows, yet again, why @RepKatiePorter is hands down the most politically savvy member of Congress.

Click to expand photo so you can read the book title. pic.twitter.com/wufA0WYkgy

I know this is a few years old but missed it and i figured to pass it along in case others missed it as well.