ooin us in comments and post your tweets, summaries, videos! Cocktails later!

Update: the bar is open for cocktails! Iowa Campaign Update below! 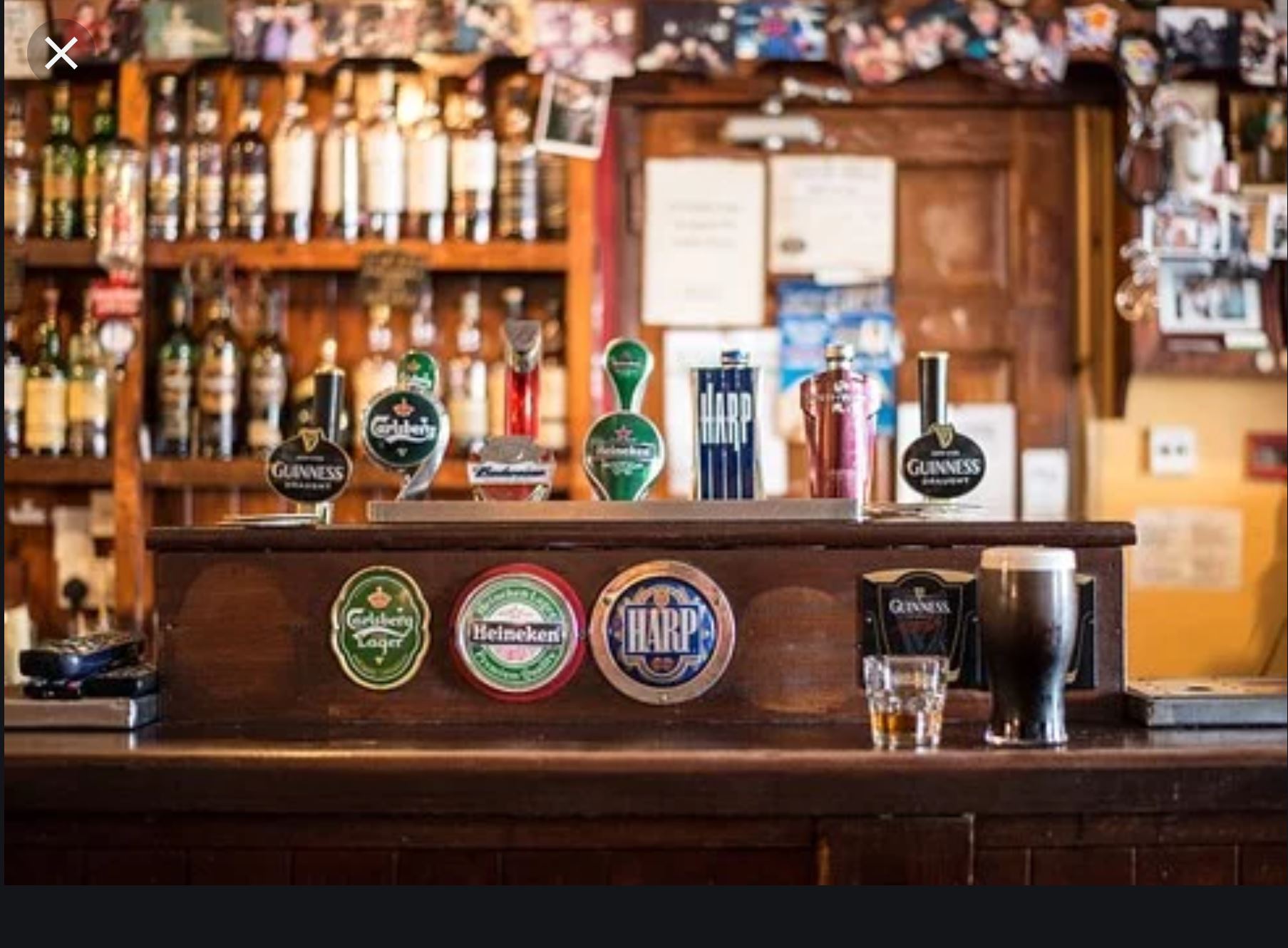 CAMPAIGN UPDATE: Campaign Manager Faiz Shakir is live NOW with an update for our grassroots supporters and he’s bringing a SPECIAL GUEST

Tips for the usual suspects….

Former Vice President Joe Biden said the news media misinterpreted what Rep. Alexandria Ocasio-Cortez’s (D-N.Y.) 2018 primary win meant for the direction of the Democratic primary in an interview set to air on Sunday.

“You all thought that what happened was the party moved extremely to the left after Hillary. AOC was a new party, She’s a bright, wonderful person. But where’s the party?” Biden told Axios’s Mike Allen on “Axios on HBO.”

Biden, who is widely seen as the standard-bearer for centrist Democrats in the primary, has pushed back on a number of progressive proposals floated by Sens. Bernie Sanders (I-Vt.) and Elizabeth Warren (D-Mass.).

Ocasio-Cortez earlier this year endorsed the Vermont senator for president in the 2020 election, and is a proponent of progressive policies espoused by the candidate such as “Medicare for All” and the Green New Deal.

The former vice president has been vocal in warning against switching to a Medicare for All system, instead pushing for expanding the Affordable Care Act and adding a “public option” that allows people to select a government plan or use private insurance.

Biden said earlier this week that the majority of enthusiasm among Democrats was not behind Medicare for All.

“I don’t think the bulk of the enthusiasm in the Democratic Party is for Medicare for All,” he said.

However, Biden has not only been in conflict with Sanders and Warren over the issue.

Buttigieg responded, saying his campaign was pitching the plan months before Biden entered the race.

"You all thought that what happened was the party moved extremely to the left after Hillary. @AOC was a new party, She's a bright, wonderful person. But where's the party?" –@JoeBiden pic.twitter.com/RTmL2q4U5w

Bloomberg: When It Comes To Stop-And-Frisk, NYCLU No Better Than NRA

Mayor Bloomberg lined up the NYCLU in his crosshairs yesterday and blasted the organization with both triggers. During a visit to the Allen A.M.E. Cathedral in Queens, the mayor delivered a speech addressing the wave of violence that gripped the city in recent weeks, hitting its nadir with the shooting of 3-year-old Isaiah Rivera in a Bed-Stuy playground. After discussing his administration’s efforts to reduce crime and get guns off the streets, Bloomberg turned to the NYCLU, which has filed a lawsuit to stop the NYPD’s stop-and-frisk policy:

Let’s be clear, the NYCLU’s priority is not protecting our safety. It is protecting their ideology. And in that regard, they are no better than the NRA. One group views the Second Amendment in absolutist terms; the other group views the Fourth Amendment in absolutist terms. Both groups, I think, are dangerously wrong on the Constitution. The right to bear arms and the right to privacy do not trump the right of citizens to walk down their own street, or walk down their own hallway, without getting blown away. You’d think that would be common sense!

“This is not about an argument between the mayor and the NYCLU. This is about the humiliation, frustration and disrespect felt by New Yorkers from communities of color every day as they are subject to the mayor’s stop-and-frisk regime.” Lieberaman also wondered why the mayor is singling out the NYCLU, when many other organizations and leaders have criticized stop-and-frisk. The Center for Constitutional Rights, for instance, has also filed a lawsuit against the city on behalf of four plaintiffs who say they were unlawfully stopped by police.

LOL. I wondered why you included this one because the second paragraph seemed anti civil liberties. I went to the article and saw that it was a Bloomberg quote and not the opinion of the author

He’s done this for decades; not just showing up when he’s running for president. #OG #Bernie2020 https://t.co/l35ikBxlUd

I heard they were doing nothing https://t.co/uJlbCb7hpB

"The U.S. House of Representatives passed on Friday a resolution opposing Israeli annexation of the West Bank. This is the first time such a resolution has passed in U.S. Congress."https://t.co/RNWtUbhnTS

Turns out the Squad was against the bill. There are some layers that were worked into the resolution but I think it was about intent–as to why the Squad voted against it.

Here’s a bit more, but bear in mind it is Politico.

Story Continued Below
“It actually doesn’t recognize the biggest problem is the current leadership and the party that’s in power there,” Tlaib said of the resolution. “The word occupation isn’t even in the resolution.”

The measure had been slated to come to the floor in July, but top Democrats were forced to abandon plans for the vote amid a revolt by the staunchest pro-Israel supporters.

Months later, a group of progressive Democrats renewed their push for the vote, which leadership had promised to them after the House voted to condemn the anti-Israel boycott — again, over liberal objections — this spring. But efforts to tweak the resolution caused further angst in the caucus, with even its author, Rep. Alan Lowenthal (D-Calif.), at one point voicing frustrations with the process, according to multiple people involved.

The latest version, however, has also drawn flak from Tlaib and some of her allies, who have complained of a new bipartisan provision that specifically reaffirms the U.S. commitment to military aid to Israel — another win for pro-Israel supporters.

The amendment was drafted by a group of staunch Israel allies, including Rep. Josh Gottheimer (D-N.J.), as a direct shot at presidential candidate Sen. Bernie Sanders (I-Vt.), who declared last month that the U.S. should “leverage” aid to Israel based on whether it agrees to end settlement expansion into territory claimed by Palestinians.

“This vote officially puts to rest the splinter view of adding conditions on aid to Israel, and reinforces our commitment to preserving a two-state solution,” Gottheimer said in a statement on the resolution.

One progressive leader in the House, Rep. Pramila Jayapal (D-Wash.), ultimately voted for the bill but complained about the “last minute changes to weaken the resolution.”

“My vote does not tie me at all to providing future aid to Israel should it continue to abuse the human rights of the Palestinians,” Jayapal said.

Tensions flared at a private meeting of Democratic lawmakers on Thursday, when Tlaib, whose grandmother lives in the West Bank, delivered a passionate rebuke of the resolution and declared she would not support it, according to multiple attendees.

Political dynamics surrounding Israel have been the source of a long-simmering feud between the caucus’s senior Jewish lawmakers and its newly elected liberal members. Tlaib and Omar have also been publicly critical of U.S. support toward Israel, drawing repeated charges of anti-Semitism from Republicans and, at times, their own party.

“People here get bullied here easily when it comes to this issue,” Tlaib said, clearly agitated as she left the meeting.

Bernie Sanders’ campaign has parted ways with a newly hired staffer after a conservative website unearthed a series of tweets allegedly from the staffer that contained anti-Semitic and homophobic language.

Darius Khalil Gordon announced Wednesday that he had taken a job with the campaign as the deputy director of constituency organizing. On Thursday, the Washington Free Beacon, a conservative website, reported that Gordan had sent tweets in 2010, 2011 and 2012 that contained offensive, anti-Semitic and homophobic slurs.

Because the media only reports negative stuff about #Bernie's campaign. No doubt, on orders from Corp. HQ. https://t.co/1WUcj5J45O

Agree. Campaign is running fast, probably should have vetted him more first.

You mean he didnt blame them on hackers and be given a show on MSNBC?

The wide ranging proposal, released Friday morning, would all but demolish big telecom’s stranglehold over the broadband and media sectors, unwinding decades of unrelenting consolidation, imposing hard new limits on how much broadband providers can charge for service, while opening the door to significantly broader availability of community broadband.

The proposal pulls no punches when it comes to the U.S.’ broadband woes.

“Telecom and cable monopolies exploit their dominant market power to gouge consumers and lobby government at all levels to keep out competition,” the proposal notes.

“Just four companies control nearly two-thirds of the entire market,” it continues. “Prices are as much as 25 percent higher than they would be in a competitive broadband market. Large ISP monopolies report inaccurate or overstated coverage information, obscure their prices, and often don’t deliver promised speeds.”

The campaign made the announcement ahead of the U.S. senator from Vermont’s planned address at a weekend event with organizations representing Iowa farmers and organic growers.

it's the culmination of an incredible journey for a bill Pelosi named after Elijah Cummings. She froze progressives out of the process and torched their amendments.
Previous Progressive Caucuses would have taken it. This one appears to be fighting back.

Breaking! 500.000 are protesting for #climatejustice in #Madrid. Leaders at #COP25, listen to the people, not polluters! Do your job, you have a planet to save 🌍💚 #FridaysForFuture #COPForFuture (photo by Pedro Armestre/@greenpeace_esp) pic.twitter.com/Xc8SbPEzIX— Greenpeace e.V. (@greenpeace_de) December 6, 2019

Pete Buttigieg is getting grilled by voters about his work at the corporate consulting firm McKinsey, which he said he can’t discuss because he signed a nondisclosure agreement https://t.co/Vp4LNtmH0h

The statewide organization of the American Postal Workers Union (APWU) today endorsed Bernie Sanders for President following a unanimous vote by the union’s board. Just days earlier, the board and members of APWU Local 230 of Manchester, also voted unanimously on a resolution for his endorsement. Sanders has triple the national union endorsements of any other candidate, marking his strength as the candidate of the working class and organized labor.

“Bernie Sanders has demonstrated a vast understanding of the issues that impact postal workers,” said New Hampshire APWU Legislative Director, Janice Kelble. “Throughout his entire career, he has fought to maintain Public Postal Services and advocated for the enhancement of postal services, both as a member of the House of Representatives and as a member of the United States Senate. He not only votes the right way on legislation, but he has introduced meaningful legislation to achieve much needed postal reform.”

“We are extremely pleased to support the candidate who has always stood with workers”, added statewide President of New Hampshire APWU Dana Coletti

Sanders is a strong, unwavering advocate for unions across all sectors. Sanders has the most thorough and extensive plan of any presidential hopeful to strengthen the rights of American workers and the labor movement, laid out in his Workplace Democracy Plan.

“We are extremely pleased to support the candidate who has always stood with workers” said statewide President of New Hampshire APWU Dana Coletti. pic.twitter.com/Dxv8GrEt3e

Yet again my interests collide.