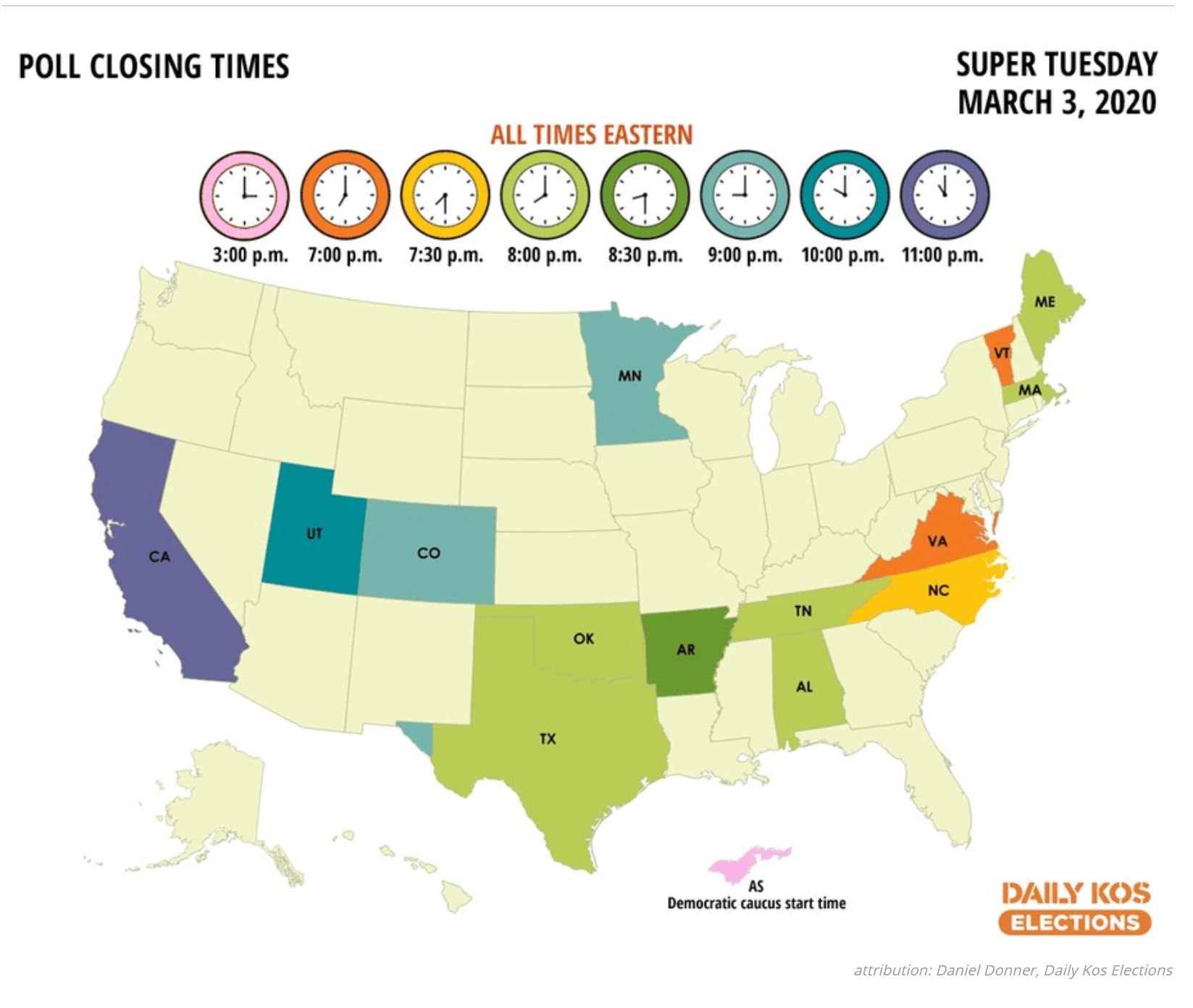 The most common donors to our campaign are not Wall Street bankers or pharma executives.

The most common donors to our campaign are teachers and workers at Walmart, Starbucks, USPS, Target and Amazon.

That's what kind of movement this is. #VoteForBernie

think about all those establishment figures, consultants, lobbyists, etc., that could loose their income stream if Bernie is elected

think about all those insurance companies and people in the medical field, who have been on a spending spree to build monuments to health, or something

Posted today by Trailer Trash on Moon of Alabama:

‘Is there any other nation state that has 50 separate official elections, mostly run and paid for by the public, just so a private club masquerading as a political party can select its leader? To the rest of the world, this must look completely insane, but few people anywhere even seem to notice how ridiculous it all looks.’

Yes, it’s pathetic. And that they chose Biden over Sanders, who looks and acts like a young man in comparison, is shocking. Or is that only me? The Democratic Party has a strong odor of the defunct Soviet Politburo. Remember how the bigwigs stood on the tribune on Red Square and the western soothsayers divined the most recent pecking order amongst the guys. In the US ladies have joined the charade, like last night in Texas, but with the same ugly intention: to claim the goodies. Though the head of the pecking order was off stage somewhere: Barack Obama who certainly orchestrated the whole sordid spectacle.

you’re not alone, don. anxiety off the charts on twitter.

I went there this morning for a few minutes, to twitter, and one person I follow was cautioning Berners about reacting to the many brand new accounts of supposed Bernie supporters that in his view were suspicious and very possibly created to sow division.

But one commenter basically said that it’s been “brutal!” and I had to agree. She reminded everyone that we all had to stick together to get through this.

interesting article – already linked — did Chris Mathews provide the news that the dems were out to get Bernie. Rather have Trump so they can have someone to hate and be sure in their role as haters than to address the difficult problems facing the nation and the earth

Did Chris Matthews Reveal That Democratic Establishment’s Real Fear Is a Bernie Win?
Notice that the central worry from many in the corporate media is not that Sanders will lose to Trump, but that he will win.

Some early exits from VA and NC. It’s good that most voters in each state say they are liberal. A lot of voters made their mind up late (especially in VA since NC gas early voting). That’s not so good.

Black voters made up about a quarter of the electorate in Tuesday’s Democratic primaries in both North Carolina and Virginia. That’s about on par with the 2016 results in Virginia, and represents a slight drop in the share of black voters in North Carolina compared with 2016.

The Democratic primary electorate in South Carolina, which voted on Saturday and was the first Southern state to cast ballots in the primary, included 55% black voters, according to the CNN exit poll there.

The two Super Tuesday states appear significantly more liberal than South Carolina’s electorate, according to these preliminary results. A majority of voters in each state described themselves as liberal in the early exit poll. In South Carolina, it was 47%.

Truly stunning to hear some Republicans advocate for free Coronavirus testing and treatment for the uninsured.

Rep. Ted Yoho (R-Fla.), one of the most anti-ACA members:

“You can look at it as socialized medicine, but in the face of an outbreak, a pandemic, what’s your options?”

Yoho is another word for really dumb. The Coronavirus hysterics is so bad you don’t know fact from fiction anymore.

TN just got smacked hard in the Nashville area from tornadoes. I have a family member going to nursing school there who is okay. 🙂 Some polls are reported to be open until 10pm CST.

Thanks pb4. Hubby voted early today on his way to work. Said it was empty. Folks are taking advantage of mail in, etc. ballots. I’m one of those old traditional types who will stand in line on 3/17.

From what you and LD are reporting it sounds like turnout is low in at least some areas. I hope Bernie supporters not too discouraged by all the shenanigans.

Low turnout is always discouraging, mags. 🙁 I’ve been following it for decades. Fooling people into not voting is a powerful weapon.

More early exits. Definitely doesn’t look good for Bernie in VA where more than half said beating Trump is most important and Biden is getting half of those so he would appear to at least have 25%. At least Maine seems in the bag

As Democratic candidates continue to jockey over how to accent or exploit Sen. Bernie Sanders’ (I-Vt.) identity as a democratic socialist, Democratic primary voters in a handful of states were asked to share their views on socialism via the exit poll. Preliminary data from Edison Research found views differing substantially by region. In Maine, neighboring Sanders country, favorable views of socialism outnumbered unfavorable roughly 2 to 1 in early exit polls. Further South, in North Carolina and Tennessee, voters were much more divided. In all three states, large majorities of those supporting Sanders and Sen. Elizabeth Warren (D-Mass.) had positive views of socialism, distinctly different than former vice president Joe Biden or former New York mayor Mike Bloomberg voters.

Early exit polling found about half of Democratic primary voters in Virginia who said Biden is the candidate who would have the best chance of beating President Trump in November, while roughly 2 in 10 said Sanders is best positioned to beat Trump. There were similar patterns in three other southern states voting today — North Carolina, Oklahoma and Tennessee. In Sanders’s home state of Vermont, he held an edge over Biden as the best candidate to go up against the president, while Democratic voters in two other New England states were more spit in their views. In each of these states fewer than 2 in 10 voters named Bloomberg — or Warren — as the best candidate to go against Trump.

The suspension of Sen. Amy Klobuchar’s (D-Minn.) campaign seems to have had an effect on voters in Minnesota, where almost 6 in 10 said they picked their candidate within the last few days, by far the highest proportion of voters across the nation on Super Tuesday, according to preliminary exit polls. Almost half of the voters in Massachusetts, Virginia and Oklahoma also said they made up their mind within the last few days. That was higher than in other states where voters were asked when they decided for whom to vote. In New Hampshire, 51 percent of voters made up their minds in the last few days in response to the Iowa primary. Voters in Sanders’s home state of Vermont along with several southern states — Tennessee, North Carolina, Alabama and Texas — were more likely to have made their decisions earlier.

If the MSM did their job, people would know that Bernie actually beats Trump by more, or he used to. They don’t even know that. Spitting. Mad.

i will join you in that jar by tonight.

I just joined too.

Here are six things you can do on #SuperTuesday2020 to help Bernie win! With one piece of positive #BernieWave art to encourage you each step of the way.

Just voted! very few people at our location when we went in, 7 machines managed by 3 staffers all under 28 probably.

Long list of candidates, Bernie was on the second page. Biden was on the third, very last by himself

So the baroness brought up “the rules” and how you’re supposed to follow them. What about the DNC?

BREAKING: @MSNBC & @maddow just reported that multiple “senior officials” within the Democratic Party are interfering with the primaries to stop @BernieSanders.

They reported that the party has asked Bloomberg to drop out so that Biden would have an easier time against Bernie.

.@kirstendunst just endorsed Bernie Sanders because Bernie has a lifelong history of standing up FOR ALL people #FeelTheBern #VoteForBerniehttps://t.co/SOfUIq96TQ pic.twitter.com/vyttN3MHMN

Proud to be one of Sander's 'sparrows'. Lol #NotMeUs pic.twitter.com/QIYxkK4kMq