Don’t want to miss a day! 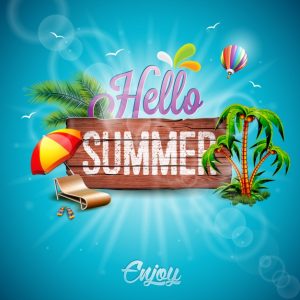 “There is a gaping hole in Medicare that leaves out dental, vision, and hearing coverage. This is a serious problem,” Schumer wrote on Twitter.

“I’m working with @SenSanders to push to include dental, vision, and hearing Medicare coverage in the American Jobs and Families Plans,” he added.

Schumer, during a news conference on Sunday, made the case for expanding Medicare coverage to include dental, vision and hearing, noting the “more serious medical problems” a lack of coverage causes.

“If you talk to family medicine or primary care doctors, they will tell you with certainty that ignoring medical issues related to dental, vision and hearing often devolves into far more serious medical problems for people — especially seniors — that cost more to treat and are harder to remedy,” Schumer said, according to the New York Daily News.

“With the current Medicare platform, those three things are just left out, like it’s no big deal. But it is a big deal and we should fix it,” he added.

Schumer said the campaign to expand Medicare will be an “uphill legislative effort,” adding that lawmakers will have to “galvanize support from the public.”

“This is absolutely an uphill legislative effort because there are some in the Senate who really don’t think this is a problem worth fixing, and so we have to galvanize support from the public,” Schumer said, according to the Daily News.

“Now is our chance to fix a giant Medicare health care hole for seniors that inevitably costs lives,” he added.

Oh drat jcitybone! We both posted a thread pretty much at the same time. Shall I put my news under your thread?

Thanks Mags! I was just coming back to move mine.

The Raiders no less! I used to root for them when I was young, mostly because of Jim Plunkett, but also I loved their rebellious image with the pirate logo. They were the bad boys of football back then, when they were the Oakland Raiders.

I hope you are all doing well ❤️

Football faithful have been aware of gay players for years. Decades ago, during a SuperBowl, “In Living Color” on POX did a drop dead, absolutely brilliant and hilarious spoof on it. They had a field day with “tight end.”😂👍

Good news for their physical health, but bad for some of their economic health. I hope they figure out a way to replace that income with something less damaging to themselves and their environment. I hope we can too!

St. Croix refinery that rained oil on neighborhoods is shutting down indefinitely

The refinery was a big boost for the economy in St. Croix during the pandemic, providing revenue and jobs for people on the island. But some of the island’s residents are questioning whether it’s doing more harm than good, particularly for a community on the front lines of the climate change crisis in the form of sea level rise and increasingly powerful storms.

On Monday, the day after the Adams campaign released a series of quotes from allies alleging that Ms. Garcia’s and Mr. Yang’s decision to campaign together on Juneteenth was an effort to weaken the Black and Latino vote, Mr. Adams told CNN that those were merely his allies’ words. In the next breath, he talked about tactics once used in Southern states to make it harder for Black people to vote.

“I can say this, that African-Americans are very clear on voter suppression,” said Mr. Adams, the Brooklyn borough president. “We know about a poll tax.”

Maya Wiley, another Black candidate and the leading candidate on the left, condemned Mr. Adams’s comments without naming him.

“At a time when this country is seeing real voter suppression laws being enacted, using racism charges to undermine confidence in ranked-choice voting is cynical, self-interested and dangerous,” she said.

From the DFP poll

This indicates that the final winner is very hard to gauge

But one borough’s down-ballot race — to decide the next district attorney of Manhattan — will have far-reaching impact in a city that is both an epicenter of a broad movement to end racist practices in criminal justice and also facing a wave of gun violence that is sparking concerns over rising crime.

The next DA may also inherit an expansive criminal prosecution of former President Donald Trump.

Since the DA is a state position, it is not subject to ranked-choice voting. That means the candidate who receives the most votes in Tuesday’s primary will likely win the general election in November — Democrats dominate voter registration in the borough — and could remain in office for a generation or more, even with a mandate from only a small slice of Manhattan voters.

The race’s only public poll, conducted earlier this month by Data For Progress, found Bragg and Farhadian Weinstein neck and neck, despite the latter’s massive spending, driven by millions in donations from herself.

Tali Farhadian Weinstein, who owns a $26 million apartment and a $13 million summerhouse, is using her wealth and connections to try to buy the Manhattan DA’s office — and thwart anti-incarceration candidates in Tuesday’s primary.

I sure hope the voters turn out in NYC today (Tuesday)!

I extended the thread to go into today in order to keep the conversation going.

For the NYC races…

The city’s new ranked-choice voting system, which will allow voters to pick their top five candidates in order of preference, has upended standard political assumptions since the start of the campaign. Now, a racially-tinged battle has erupted over the process, with the leading candidate leveling accusations of voter disenfranchisement after two of his opponents formed a last-minute alliance to bolster their own campaigns.

The claims by frontrunner Eric Adams, the Brooklyn borough president and former NYPD captain, have laid the groundwork for him to contest the results if the race doesn’t go his way — an echo of the fallout from the 2020 presidential election.

Adams, who is Black, implied the alliance between Kathryn Garcia and Andrew Yang was a form of voter suppression, though such arrangements are one of the intended outcomes of ranked-choice voting. Supporters of the borough president went as far as to say the move was intended to “disenfranchise Black voters,” a claim made in statements distributed by the Adams campaign.

The controversy has led to uncertainty about how the outcome of the election will be received, since no ranked-choice tallies will be released until a week after election day and it could be weeks until a final call is made.

Asked Monday if he would accept the results of the election, Adams didn’t make any promises.

“Can you assure voters that’s not what you’re doing here?” a reporter asked, referencing former President Donald Trump’s claims that the presidential election was stolen.

“Yes,” Adams replied. “I assure voters that no one is gonna steal the election from me.”

Other Black leaders condemned Adams’ attempts to inject racial politics into the maneuver by Yang and Garcia.

“It is disingenuous and dangerous to play on the very real and legitimate fears of bigotry and voter disenfranchisement by pretending it’s present where it’s not,” said Public Advocate Jumaane Williams, who is supporting Wiley, former counsel to de Blasio.

Wiley, who is vying to be the first Black woman elected mayor, also decried Adams’ comments as “cynical and insensitive.”

“The leadership we need right now is a leadership that says, ‘Trust in our voting system because it works.’ We are not the city where we are suppressing the vote,” she said at a campaign stop in Washington Heights Monday.

Not only in NYC—just got back from voting in the Poughkeepsie Dem primary for the city council.

Adams is a corrupt RW ahole. It doesn’t matter what color his skin is. I know she is a long shot but I hope Wiley qualifies for the next round.

The Biden administration on Tuesday endorsed legislation that would end the disparity in sentences between crack and powder cocaine offenses that President Biden helped create decades ago, a step that highlights how his attitudes on drug laws have shifted over his long tenure in elected office.

At a Senate Judiciary Committee hearing, Regina LaBelle, the acting director of the White House Office of National Drug Control Policy, expressed the administration’s support for the Eliminating a Quantifiably Unjust Application of the Law Act, or Equal Act. The legislation, sponsored by Senate Majority Whip Richard J. Durbin (D-Ill.) and Sens. Cory Booker (D-N.J.) and Rob Portman (R-Ohio), would eliminate the sentencing disparity and give people who were convicted or sentenced for a federal cocaine offense a resentencing.

“The current disparity is not based on evidence, yet has caused significant harm for decades, particularly to individuals, families and communities of color,” LaBelle testified “The continuation of this sentencing disparity is a significant injustice in our legal system, and it is past time for it to end. Therefore, the administration urges the swift passage of the ‘Eliminating a Quantifiably Unjust Application of the Law Act.’ “

For Biden, supporting the bill is a follow-though on a campaign promise and a step toward fulfilling it. As a candidate for president in 2020, Biden pledged to support eliminating the sentencing disparity, which critics have said unfairly hurts African Americans. But he did not always feel that way. As a senator in 1986, Biden crafted the bill that enacted steep differences in sentencing. He disavowed it 16 years later.

The law Biden spearheaded mandated a five-year minimum sentence for trafficking in 500 grams of powder cocaine or 5 grams of crack. The disparity has been known as the “100-1 rule.” In 2010, the sentencing disparity was narrowed from 100-to-1 to 18-to-1. Many activists and lawmakers have long argued in favor of closing that gap, and Biden, in his final years in the Senate, introduced legislation to do so.

With more to come, I predict https://t.co/TbcB9MEUxB

Gov. Greg Abbott has vetoed 20 bills passed by the Texas Legislature this session, but none may come back to bite him quite like a measure that would have banned people from tethering their dogs outside with heavy chains.

Even so, the Republican governor — who owns a golden retriever named Pancake, according to the Houston Chronicle — said in his veto statement that current laws are adequate to protect pets. “Texas is no place for this kind of micro-managing and over-criminalization,” he added.

The Texas Humane Legislation Network (THLN) called bullshit on Abbott’s assessment, saying in a written statement that the existing state law, passed 15 years ago, is too vague to be enforceable. Hence the work during the recent session to clarify and update it.

“All the elements Gov. Abbott cited as ‘micromanagement’ were carefully negotiated compromises that addressed concerns from lawmakers in both parties to strike the right balance for our diverse state,” THLN Executive Director Shelby Bobosky said.

“Texas is no place for this kind of micro-managing and over-criminalization,” says this man who wants govt to make reproductive decisions for women. #AbbottHatesDogs #AbbottFailedTexas https://t.co/qNTjFNYQXB

No wonder LD/JD want to split the state. Someone kindly tell me how complete azzholes like Abbott, Sick Rott, DeathSantis, Scott Walker, etc. ad nauseum get elected? Are so many Americans really that stupid? Guess so. 😣