While the Dems are happy the MSM is touting the Senate’s passage of the IRA (Inflation Reduction Act), there are some terrible pacts which formed in the vote-a-rama that were so inane. It’s not clear to me that Bernie was aware the pacts were forming and would sabbotage all of his amendments, but I appreciate his massive one-man army for trying to do the will of the voters while Congress does a 180 and votes to assist the fat cat donors. More in the comments section. 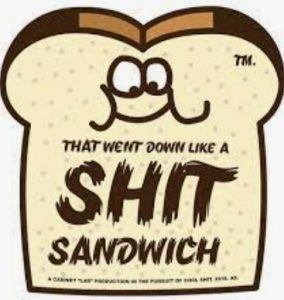 Lots of tweets coming and I hope I can connect some of the dots. I don’t get C-SPAN and I don’t believe most stations televised the vote a rama. I couldn’t figure out why Bernie’s amendments were nearly all defeated. I think the tweets will help explain why. 47 Dems forced Bernie eat a shit sandwich created by Manchin, Sienma, and Schumer.

But it’s NOT surprising, and we Progressive Birdies on here know it. What does common sense tell you to expect out of decades of dumbing down, stupidity, and legalized, blatant craporate bribing? 💩💩

We have a deal to take the biggest climate action in U.S. history. Every Senate Dem has agreed to it. I can think of lots of ways to strengthen it, but I won’t derail this bill by supporting changes. I will vote NO on all amendments – even for stuff I like. Let’s finish the job.

I agree with Brian. I’ll vote NO on all amendments, even those I agree with. This bill makes historic progress on climate action and lowering prescription drug costs. It has 50 votes, and we need to stick together to keep it that way. https://t.co/NJdkoBiviW

These November elections are sooo urgent. Of course, I sound like a d###ed broken record.😡

I agree with Brian. I’ll be voting NO on all amendments — regardless of policy.

Let’s stay united and get this historic bill done. https://t.co/TeBp2WtsUm

I guess they’re antsy to get out of town for that almighty August break. Bunch of losers.

yep , go to the air port where this suit case is waiting by a private jet, go home to a gerrymandered district, put in a couple of well scripted appearances, local media does a news story about it which says very little and then cruise to re-election. Rinse repeat and people wonder why the US in in the mess were in with most of the politicians in DC

I presume this will be on Biden’s desk before the weekend. As far as I’m concerned, they might as well adjourn for the rest of the year. They will be worthless anyway.

I sent Rev Warnock a snack. He and Ossoff were the sole Dems who voted for expanding Medicare.

Senate Dems can enact historic legislation that lowers costs, combats climate change, and more. While there is more I’d like to see included, I’ll vote NO on amendments – even ones I agree with – to protect this bill. We must stick together to reject attempts to divide us.

This one is so delicately balanced that ANY amendment, even a “good” one, risks upsetting the balance — so look forward to a lot of “no” votes on things we would ordinarily want. Don’t be surprised.

It’s that last vote that counts.

Whitehouse probably thought: Oh geez, what a bore. Have to put up with Bernie’s amendments and I’d rather be on Block Island with my family.

I suspect the donors also told these senators to keep their powder dry and stand pat, or else.

It always seems impossible until it's done. Never give up. pic.twitter.com/Vr8LsOqy6Q

Thanks for the ticktock by Gunnels.

If Congress can’t agree to cut child poverty in half and cap insulin at $35, we need drastic change in the people who are there.

I love how people on this site are saying “grow up!” and “RePuBS BAd DemS gOoD!” because Im wondering if big money may have possibly turned this bill into empty theater like it has every other single piece of legislation for the past 30 years.

How about the past 41 years?! Bunch of worthless trash.

Breaking News: Olivia Newton-John, who starred in “Grease” and sang some of the biggest pop hits of the 1970s and ’80s, is dead at 73. https://t.co/OhCmIHIIVi pic.twitter.com/KjiiU2eqQm

She was a radiant, smiling, singer/performer with a great voice. I wasn’t a big pop fan, but facts are facts. A very good human being to match. Olivia, we sure could use some “Magic” right now!

He was also a gifted teacher who taught me about history and writing, and allowed me to escape my many limitations in those areas. I'll forever cherish the time we spent together, and I'll miss my friend dearly. 2/2

I will miss his narration gigs on “The American Experience”.

Of his books, John Adams was my favorite. I got to meet him once at a conference. Very cordial.

– The climate crisis is moving much faster than we thought which means the reality of this bill is already changing. As catastrophes keep hitting and compounding the core of this bill: big money paying for renewables could become a bell-weather. This is very good.

– The oil companies are celebrating and Joe Manchin went on FOX and explicitly said spending on climate is now 1 for life, one for the oil companies. These corps are not dumb, if this is their model we will have to fight it hard. This is not good.

-The bill also was a chance to show people gov’t can help them. People across party lines need insulin. Losing the cap was more damaging to the future of democracy than we think. Schumer used the parliamentarian as an excuse. This was not good.

Why are fossil fuel pipeline giants winning in a climate deal? https://t.co/f1vJ4DKbrU

The EPA has narrowed air pollutants down to six major offenders found in varying degrees in cities around the world.

But hey we made our quarterly profits for the quarter.

No comment from the beyond-disgusted old fart peanut gallery. Grrrrrrr….

It appears like we have weapons to Ukraine on auto-pay every month https://t.co/UPDB2fQfbU

Bernie Exposes The ‘Inflation Reduction Act’ For What It Is https://t.co/oirYSzzd93

YET you did NOTHING about it. Shame on you and the other so called Dems who formed a pact not to vote for any improvement of the IRA. You should just go home and quit accepting our taxpayer dollars for your pitiful work.