Tentative deal on the railway strike! 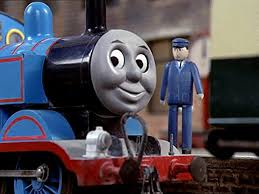 Connect with
I allow to create an account
When you login first time using a Social Login button, we collect your account public profile information shared by Social Login provider, based on your privacy settings. We also get your email address to automatically create an account for you in our website. Once your account is created, you'll be logged-in to this account.
DisagreeAgree
16
23
0
6

I’m in Vancouver and will be leaving with a group of friends tomorrow for a rail trip to Banff in the Canadian Rockies. Here’s good train news from south of the Canadian border.

Labor has been a fairly bright spot in the Biden Administration. Good for Bernie too.

The White House on Thursday morning announced it had reached a “tentative” agreement to avert a national rail strike that had threatened the nation’s economy.

President Biden said in a statement that the agreement would guarantee “better pay, improved working conditions, and peace of mind around their health care costs” for the workers.

The tentative deal — confirmed by a group representing freight rail operators — still faces several steps before it is formally ratified. The unions must still vote on it, but the White House’s blessing of the new terms suggests that the worker groups have been closely involved. Often, the next step of the process can take several weeks, but during that time, union members agree not to strike.

The deal includes new leave policies, a significant concession by train carriers to workers who had demanded greater flexibility to be able to miss work for medical emergencies without being fired or punished, according to two people familiar with the matter who spoke on the condition of anonymity to describe details of the negotiation not yet released.

As he pressed for a deal, Biden became personally animated about the lack of leave, and he brought up repeatedly that he did not understand why workers could not be granted more flexible schedules, according to one of the people.

Negotiators had until Friday at 12:01 a.m. to reach a deal to avoid a major impact to the economy. Tens of thousands of jobs could have been affected, potentially snarling the shipment of freight and the movement of commuter trains all over the country.

As the deadline neared, negotiations shifted to Washington, where rail executives and labor leaders met at the Labor Department with Secretary Marty Walsh. Biden remained closely involved in the talks, and phoned Walsh and the negotiators at 9 p.m. Wednesday to encourage them to secure the tentative pact, said a person briefed on the discussions who was not authorized to talk to the media.

The implications of a rail strike could have been monumental, snarling the movement of goods and potentially leading to massive layoffs. Large parts of the nation’s economy move through the rail system. And the disruption on commuter trains also would have been felt across the country. Picket lines had been planned in several cities, including Stockton, Calif.; Cleveland; and Baltimore. This could have caused major supply chain disruptions, driving up prices on a range of goods during a period of high inflation.

The political consequences of a rail strike less than two months before the midterm elections could have been enormous for Democrats, who could have been blamed for not securing a deal. Biden was involved in the talks all week, as were three of his Cabinet secretaries, his top economic adviser and his chief of staff.

We keep hearing about this pro-working class GOP that will emerge any day now… https://t.co/rTJtK28Ycy

Sounds like Biden needs to be checking in with Bernie more often.

How much dope was Byedone doing just to stay awake?

OK. Now, wouldn’t it be wonderful if Biden did something about the planes, and busses, being loaded up by governors of states, with deportees, being relocated without their knowledge or consent to blue states? Surely this lack of humanity is as criminal as it is beyond the pall of decency.

And Florida doesn’t even have a freaking border. What’s up with that?

We want pics of Banff!

That must have been a relief for your travelling party. What was the alternative?

Actually we were fine because it’s Canadian. But good for everyone in the US.

Call me skeptical. I worked in a Right-To-Work (make serfs) my whole working life. You would not believe the absolute BS I endured. So, I am watching this whole deal big-time. And Byedone pro-workers??? Really.

how is this not kidnapping or something https://t.co/ImJpI948Er

I would imagine DeSantis broke all kinds of laws. But to his faux populist friends, this was “funny” to his fan base. This is not to say that Martha’s Vineyard shouldn’t be equipped to handle such emergencies, but DeSantis wanted to get a pearl clutching laugh out of it. From what I read at TOP, it appears the community pulled together for now, but I would imagine the governor of MA will have to jump in, who isn’t likely to do anything given he’s GOP.

DeSh1tface is a showboating FRight POS who knows the formula to getting on POX. If he focuses on the Obama ugly digs on MV, he’ll score points. It’s that simple. 🙁

Perhaps MA and DC and NY and Chicago should empty their prisons, and bus the newly freed to Miami and Dallas. Think anyone would notice?

DeathSentence following the Cult-45 playbook Rules for thee not for me.

Martha’s Vineyard is handling this, as respectfully as possible given the lack of facilities. This is no place for people looking for a new life, although if it weren’t soon to be off season, there would be menial service jobs available. I believe the plan is temporary housing at a military base on Cape Cod. Beyond that, Massachusetts will deal. It’s a solid state with a reasonable government, unlike some. The governor is GOP but he knows where he lives and what he needs to do to get another Republican elected, ever.

Hope you’re right about Baker. The next governor, if the Dem candidate prevails, will likely do more about this. I suspect the migrants will be on ferries to the Cape and they will process them there. +

our great Saudi ally helping us out in the pinch once again https://t.co/ArUGuSLnq2

Couple of real POS, but their crap always climbs to the top in our species. Ukraine…..we’re supposed to support a bunch of neo-Nazis, too?

Maybe support the vast majority of Ukrainians who are not neo nazis?

T and R x 2, jcb!! 🙂 Hopefully, this will be a somewhat peaceful revolt against the anti-labor horsesh!t that went into overdrive in 1981.

Let me congratulate the rail unions who stood up to corporate greed and forced the industry to make important concessions. I also want to thank President Biden and Secretary Walsh for their hard work. Now it’s up to the rank-and-file union members to evaluate this deal. pic.twitter.com/UV2m7QDRkm

Notice Bernie says it’s time for the workers to evaluate the proposal, rather than trying to push them to take a deal by their corporate masters, who also are donors to many in the Democratic Party.

Republican Gov. Greg Abbott had over 100 migrants who crossed the border near Eagle Pass bused to D.C. and dropped off Thursday near Vice President Kamala Harris’s residence at the United States Naval Observatory.

Abbott pointed out that Harris was just in Houston and — despite being charged by President Joe Biden with leading the effort to address the surge at the border — she has failed to visit the Rio Grande Valley or Del Rio sectors to see the problem firsthand.

Harris has visited El Paso last June and visited the Rio Grande Valley during the presidential campaign in 2020.

“The Biden-Harris administration continues ignoring and denying the historic crisis at our southern border, which has endangered and overwhelmed Texas communities for almost two years,” Abbott said in a statement announcing the new busloads arriving in D.C.

“The fact that Fox News and not the Department of Homeland Security, the city or local (non-governmental organizations) were alerted about a plan to leave migrants, including children, on the side of a busy DC street makes clear that this is just a cruel, premeditated political stunt,” Jean-Pierre told reporters.

Abbott has now sent migrants to three states, targeting Democrats who he blames for inviting them here with soft immigration policies.

Politically, Abbott has been getting nearly daily praise from conservative media outlets in response to his efforts. And just on Friday, national television host Bill Maher called what Abbott is doing as calling the bluff of liberal cities that praise all the immigrants coming over, but don’t have to deal with the consequences, as Texas must do.

Not reported here, but David Segal, who was running for the congress in the 2nd district, lost. He lost to a hedge fund manager.

Thank you to all who supported my campaign – we accomplished so much together. And congrats to @SethMagaziner! I look forward to working with you through November to keep this seat blue.

I’ve been on strike once and we ended up settling for way less than we demanded.

I’ve done a lot of collective bargaining. “Worker discontent” always emerges bc the Union can’t deliver the entire wish list developed and then presented to management. It’s inevitable. The only question is if the deal is acceptable enough for ratification. Strikes are tough.

I got mine last weekend.

"The boosters are getting so little fanfare, and so much unfounded skepticism, that too few people might get them, and lots of people who need not get sick, suffer or die will get sick, suffer and die," writes @zeynep https://t.co/rGXUUnY8Yq

Hubster and I got ours. 🙂

I can’t get one until October 1 because of the monoclonal antibodies treatment I got when I had COVID. (it may have protected me but it didn’t alleviate any of the symptoms – I had brain fog for a couple of weeks off and on).

It’s wild that LA’s sheriff is running an armed intimidation campaign against elected officials and it’s not national headline news. This district has a larger population than more than a quarter of US states! https://t.co/VW2iCPxmdG

Finally got out of the CV retreat 🙂 and went to the movies last night. I saw a terrific documentary, “Moonage Daydream.” It’s about David Bowie, and what a visual genius he was, as well as a great songwriter/performing artist. I’m a documentary freak anyway so a good one is a treat. This one is a (oldie moldie phrase) mindblower.

From @ryanlcooper: "The debate has obscured the most urgent reason to reform the police: the tendency for many police departments to leverage their power as armed agents of the state to interfere in politics" https://t.co/WegrD2k4fk

Hooray for my native state!

“We’re getting food, clothing, all our needs met. I love Massachusetts!”

His plan: “I want to start working as soon as possible.” https://t.co/cFxCDl2cIk

Yeah the Trumpers think this is funny and we shirk our responsibilities when we think illegal human trafficking is an issue here.

Please take a moment to hear from a few strong progressive candidates for Congress who give me enormous hope for the future of this country. pic.twitter.com/3Sxhzg5xQi

DHS goons falsified address documents for these migrants, saying they lived at random homeless shelters all over the place, and then shipped them to Martha's Vineyard https://t.co/kPURyYuIHt