Together we can stop the disastrous Trans-Pacific Partnership. BERNIE SANDERS PRESS RELEASE WASHINGTON – Ahead of the final Democratic platform meeting in Orlando this week, 701,618 people signed petitions calling on the party to go on the record in opposition to holding a vote on the Trans-Pacific Partnership trade agreement after the election. Jim Hightower, a Sanders delegate in Orlando, plans to offer an amendment to the platform stating, “It is the policy of the Democratic Party that the Trans-Pacific Partnership must not get a vote in this Congress or in future sessions of Congress.” Hillary Clinton and Sen. Bernie Sanders … END_OF_DOCUMENT_TOKEN_TO_BE_REPLACED

Bernie’s movement is succeeding!  Hillary’s new plan for free tuition introduced today as a result of Bernie’s pressure for her to move left on this issue, is not quite as extensive as we’d like but it’s a great start and major improvement over her original plan. Today Hillary Clinton announced that she was moving dramatically in the direction of one of the most important pillars of Bernie’s agenda. She substantially expanded her proposal for improving access to a college education so it ensures that families below a certain income level will not pay tuition at in-state public colleges and universities. And…we’ve been … END_OF_DOCUMENT_TOKEN_TO_BE_REPLACED 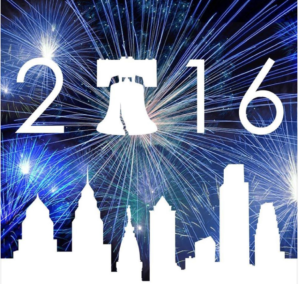 Bernie: Party platform still needs work Bernie Sanders, U.S. senator from Vermont JULY 3, 2016 The Democratic Party platform drafted in St. Louis is an excellent start in bringing forth policies that will help end the 40-year decline of the American middle class. These initiatives, if implemented, will create millions of good-paying jobs, significantly improve health care, and reverse the dangerous trend in this country toward an oligarchic form of society. But, let us be clear, this is a document that needs to be significantly improved by the full Platform Committee meeting in Orlando on July 8 and 9. Here are … END_OF_DOCUMENT_TOKEN_TO_BE_REPLACED 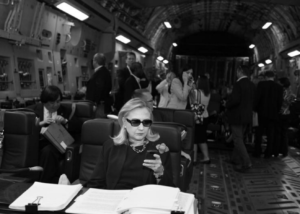 The FBI interviewed Hillary Clinton today. The next two weeks will be huge. The FBI interviewed Hillary Clinton for three hours Saturday, the presumed final step of its investigation into whether the former secretary of state or any of her top aides exposed government secrets because of her decision to exclusively use a private email server while serving as the nation’s top diplomat. Assuming that the long-awaited Clinton interview does indeed signal the imminent end of the investigation, the timing could get very interesting, very quickly. The Democratic Party’s national convention opens in Philadelphia on July 25 — 23 days from … END_OF_DOCUMENT_TOKEN_TO_BE_REPLACED

Hillary will be interviewed by the FBI this weekend (h/t dkmich) just on the heels of Bill’s controversial meeting with AG Loretta Lynch. “Former Sec. of State Hillary Clinton is scheduled to meet Saturday with the FBI, a source close to the investigation into her private email server tells The Daily Caller. The source went on to suggest the interview may take place at her Washington, D.C. home. The bureau’s interview with the presumptive Democratic presidential nominee is believed to be the final step in its investigation into the potential mishandling of classified information on Clinton’s private email server.”   The … END_OF_DOCUMENT_TOKEN_TO_BE_REPLACED 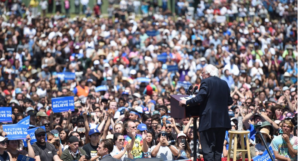 Earlier today, Joe Biden gave an interview to NPR and stated: “I’ve talked to Bernie, Bernie’s going to endorse her, this is going to work out,” Biden said in an interview with NPR’s “” to air Sunday. “The Democrats are coalescing even before this occurs.” The audio clip appeared in this evening’s, The Hill: Biden spills beans: Sanders will endorse Clinton Michael Briggs, a Sanders spokesman, would not confirm or deny the vice president’s assertion. “We are in the process of talking” with the Clinton campaign, he said, and noted that the candidates met earlier this month to talk about … END_OF_DOCUMENT_TOKEN_TO_BE_REPLACED

A Bernie Platform Committee member has posted on redditt a summary of last night’s conference call with Bernie and team regarding the plan to get our amendments included in the Democratic party platform. It’s an excellent summary, so I am posting it in its entirety below. Bottom line: Whatever we cannot get included in the platform in Orlando, will go into a Minority Report. This report will be automatically voted on at our televised, national convention on the convention floor. **Platform UPDATE:** The platform committee members for Bernie had it’s first conf call last night. And Bernie opened up the … END_OF_DOCUMENT_TOKEN_TO_BE_REPLACED

TELL THE DNC PLATFORM COMMITTEE Strongly Oppose the TPP in the Party Platform The Democratic Platform includes a number of very important initiatives that we have been fighting to achieve during this campaign. But one big item is missing: preventing the disastrous Trans-Pacific Partnership trade deal from ever coming up for a vote in Congress. Bernie Sanders opposes this deal, and Secretary Clinton said that she opposes the deal too. So does virtually every labor union, environmental group, and even major religious groups. The Democratic Party must go on record in opposition to holding a vote on the TPP during … END_OF_DOCUMENT_TOKEN_TO_BE_REPLACED