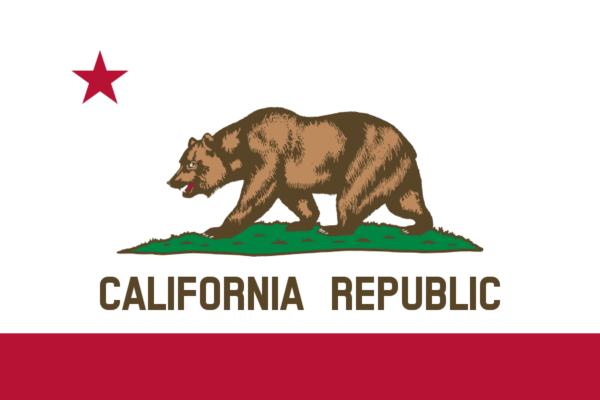 Some of the 502 bills introduced in the legislature to modify the CA Election processes since 2015.

California is on the verge of sweeping changes to its election system intended to boost plummeting voter turnout.

Based on a model used in Colorado, Senate Bill 450 would authorize counties beginning in 2018 to conduct elections where every voter is mailed a ballot and drop-off locations are available up to four weeks ahead of time in lieu of polling places. Temporary “vote centers” would also be open starting 10 days before the election to register voters and accept ballots.

“The idea, members, is that limiting voters to a single location on a single day within a single period of time simply no longer makes sense,” state Sen. Ben Allen, D-Santa Monica, the measure’s author, said. “Many, many people who fully intended to vote don’t end up voting because of convenience.”
Read more here: http://www.sacbee.com/news/politics-government/capitol-alert/article98729012.html#storylink=cpy

Senate Bill 450 sets California on the same path as Colorado and some other states that have created vote centers and ballot drop-off boxes in response to the soaring use of vote-by-mail ballots and shrinking numbers of polling place voters.

Besides Sacramento, counties authorized to use the centers by 2018 include Orange, Calaveras, Inyo, Madera, Napa, Nevada, San Luis Obispo, San Mateo, Santa Clara, Shasta, Sierra, Sutter, and Tuolumne. All other counties, including Los Angeles, would be covered by the law in 2020.

AB 1494: After 6 seperate votes by the CA Legislature over 8 months they passed AB 1494 which allows voters to share how they voted, such as through “ballot selfies.” The actual language:

After the ballot is marked, a voter shall not show it to any person in a manner that reveals its contents, except as provided in subdivision (b).
(b) A voter may voluntarily disclose how he or she voted if that voluntary act does not violate any other law.

AB 1921: Anyone can now return Vote By Mail ballots for a voter

This bill would remove those restrictions and instead authorize the designation of any person to return a vote by mail ballot. The bill would prohibit a person designated to return a vote by mail ballot from receiving any form of compensation, as defined, based on the number of ballots that the person has returned and would prohibit an individual, group, or organization from providing compensation on this basis. The bill would state that any person in charge of a vote by mail ballot who knowingly and willingly engages in criminal acts related to that ballot is subject to the appropriate punishment pursuant to existing law.

I guess since the CA Secretary of State never implemented a provisional ballot voter’s right to know if their ballot was counted it is repeated in this law:

In addition since the June 2016 primary proved beyond a reasonable doubt that voters in different counties were told different rules on how to vote this bill adds:

This bill would additionally require the Secretary of State to promulgate regulations establishing guidelines for county elections officials relating to the processing of vote by mail and provisional ballots.

SB 1349: The Political Reform Act of 1974 required elected officials, candidates for elective office, and committees formed primarily to support or oppose a candidate for public office or a ballot measure, along with other entities, to file periodic campaign statements. The act requires that these campaign statements contain prescribed information related to campaign contributions and expenditures of the filing entities. Existing law, the Online Disclosure Act, requires the Secretary of State, in consultation with the Fair Political Practices Commission, to develop online and electronic filing processes for use by these persons and entities.  The CA SOS later set a goal for a robust online system shall be made available no later than December 31, 2002.  Now the legislature nearly 42 years later is setting another deadline that requires the Secretary of State’s Office and Fair Political Practices Commission, by early 2019, to replace the cumbersome Cal-Access campaign-finance system.

Since this was never established where Voters can find out if their Vote By Mail ballot was counted  – the online system for that information does not happen in any county that i know of:

I guess actually notifying a vote by mail voter’s that their ballot were not counted was just unacceptable to the Governor.  There is no statewide total of these uncounted ballots, no records of ballots tossed.

If a voter casts a vote by mail ballot, this bill would additionally require a county elections official, within 30 days after completion of the official canvass, to notify the voter if the ballot was not counted, including the reason it was not counted. By imposing an additional duty on local elections officials, the bill would create a state-mandated local program.

SB 1288. VETOED BY GOVERNOR despite Senator votes of 26 AYE and 12 NO and Assemblymember votes of  48 AYE and 26 NO. The Bill would have allowed general law local governments to use ranked-choice voting. The Governors the Voters are too stupid to understand how to vote statement:

“In a time when we want to encourage more voter participation, we need to keep voting simple,” Brown wrote in his veto message for SB 1288 . “Ranked choice voting is overly complicated and confusing. I believe it deprives voters of genuinely informed choice.”

This bill would allow an international election observer, as defined, to be provided uniform and nondiscriminatory access to all stages of the election process that are open to the public. This bill would prohibit an international election observer from interfering with a voter in the preparation or casting of the voter’s ballot, with a precinct board member of an elections official in the performance of his or her duties, or with the orderly conduct of an election.

This bill would require a court to implement appropriate remedies upon a violation of this prohibition. The bill would authorize a voter who resides in a political subdivision where a violation is alleged to file an action in superior court to enforce this prohibition, and it would allow a prevailing plaintiff other than the state or political subdivision to collect a reasonable attorney’s fee and litigation expenses, as provided.

Notwithstanding this requirement, existing law provides that a vote by mail ballot is considered timely cast if it is received by the voter’s election official via the United States Postal Service or a bona fide private mail delivery company no later than 3 days after election day if a specified requirement is met.

This bill would define “bona fide private mail delivery company” for purposes of the above-described exception for ballots delivered after election day.

Under existing state law, a person may not be registered to vote except by affidavit of registration. Existing law requires a properly executed affidavit of registration to be deemed effective upon receipt of the affidavit by the county elections official if the affidavit is submitted to the Department of Motor Vehicles on or before the 15th day before the election. Existing state law requires the Department of Motor Vehicles and the Secretary of State to develop a process and the infrastructure to allow a person who is qualified to register to vote in the state to register to vote online.

Existing law requires the Department of Motor Vehicles to issue driver’s licenses and state identification cards to applicants who meet specified criteria and provide the department with the required information. Existing law generally requires an applicant for an original driver’s license or state identification card to submit satisfactory proof to the department that the applicant’s presence in the United States is authorized under federal law.

Under existing law, the willful, unauthorized disclosure of information from a Department of Motor Vehicles record to any person, or the use of any false representation to obtain information from a department record or any use of information obtained from any department record for a purpose other than the one stated in the request or the sale or other distribution of the information to a person or organization for purposes not disclosed in the request is a misdemeanor, punishable by a fine not exceeding $5,000 or by imprisonment in the county jail not exceeding one year, or both fine and imprisonment.

This bill would provide that disclosure of information contained in the records obtained from the Department of Motor Vehicles pursuant to the California New Motor Voter Program is a misdemeanor, punishable by a fine not exceeding $5,000 or by imprisonment in the county jail not exceeding one year, or both fine and imprisonment. By creating a new crime, this bill would impose a state-mandated local program.

Thank you for all the info, @cademocrat! Two things: For some reason, I’m not able to uprate this — when I try, I get a Facebook Login window instead (I get this if I hit the Facebook logo too). Please consider this uprated — and probably by more than me, if anyone else is having problems.

Second, I am able to check online for Napa County to see if my vote has been counted. I first did so for this summer’s primaries. Our town and the surrounding area was converted to all-mail-in ballots some years ago, though you can turn it in at the fire department, at what would otherwise have been the polling station where you would have voted.

I really appreciate your keeping us updated on voting and election issues here — they are so critical in keeping our democracy! Thank you again.

Are you in contact with Lori Grace at trustvote.org? This is a CA based organization with a lot of people connected.

One of the players is Bob Fitrakis who lives here in Columbus OH.

I forwarded him your write up this morning.

Bob was active in the recount and was the attorney for Jill Stein. He was not the lead attorney in the various recount efforts.