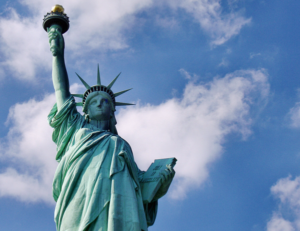 6-13-2016 – LAS VEGAS REVIEW-JOURNAL – Pahrump woman arrested for falsifying party affiliations on voter registrations – CARSON CITY — A Pahrump woman was arrested Wednesday on 11 felony charges involving allegations she falsified party affiliations while registering voters before the June 14 Nevada primary, the secretary of state’s office said. An arrest warrant issued for Tina Marie Parks listed bail at $50,000 cash or $100,000 bond. The arrest follows an investigation conducted by the state’s Election Integrity Task Force after it received complaints from voters who said Parks, while working for the conservative outreach group Engage Nevada, filled out their applications and listed the wrong party affiliation.

7-15-2016 – Reuters – Changes to North Carolina voting laws could put thousands of 2016 ballots at risk – The Fourth U.S. Circuit Court of Appeals, which is considering legal challenges to the law from the Justice Department and civil rights groups and citizens, is expected to issue a ruling in the next few weeks.

7-7-2016 – Kut.org – Deadline Approaches for Texas Voter ID Law, But It Likely Won’t End the Legal Battle – The deadline for a federal appeals court to rule on the state’s controversial voter ID law is fast approaching. The U.S. Supreme Court gave the court until July 20 to make a decision about whether the law violates federal civil rights law.

7-19-2016 – ThinkProgress – Federal Judge Strikes A Critical Blow Against Wisconsin’s Voter Suppression Law – To prevent voters who cannot reasonably obtain ID from being disenfranchised, the federal judge Adelman issued a temporary order requiring the state to accept affidavits from voters who say they could not obtain an ID. It’s a serious blow to the state’s voter suppression law, although one that still must clear a very difficult hurdle if it is to remain in place. Adelman previously struck down the voter ID law, but this law was reinstated by an especially conservative panel of a federal appeals court.

7-18-2016 – ACLU – Lawyers’ Committee Expresses Disappointment with U.S. Department of Justice Decision to Terminate Critical Federal Observer Program – The Justice Department (DOJ) has stated that it will no longer deploy federal observers inside polling sites, a long-standing and critical component of its election monitoring efforts.

Support JusticeServed.org is The People’s Social Network for our Political Revolution. It’s #1 purpose is to assist the lawyers of the Nationwide Racketeering Lawsuit being filed by Cliff Arnebeck and Bob Fitrakis to prove that Bernie has in FACT received more votes then Hillary and has won by such a large margin he does not need the vote of the super delegates to receive the Democratic Nomination.

Donate to JAMPAC to support lawsuit against the DNC

To report a problem with your voting experience, please fill out the California Voter Declaration at WatchtheVoteUSA.com.

7-8-2016 – HuffPo – Californians Call for a Grand Jury Investigation of the Primary – A Grand Jury Investigation Into the Role of the Press – The media’s influence before, during, and after the election would perpetrate a fraud on the American public. The Associated Press called California’s election the day before, giving voters the impression that there was no need to waste a visit to the polls. The day of the primary, the press announced Hillary Clinton the winner without certifiable election results. And California’s Secretary of State Alex Padilla remained silent even though the County Registrars established that too many vote-by-mail and provisional ballots were still uncounted to be certain of the outcome. These tactics by the media are propaganda at its finest, to the detriment of the democratic process.  Voters who have suffered any of the above issues are urged to make their problems known to WatchtheVoteUSA.com. The group seeks to start a Civil Grand Jury investigation as soon as possible. To file a California Voter Declaration, visit WatchtheVoteUSA.com.

Lawyers Committee for Civil Rights Under the Law – 866ourvote.org – 1-800-Our-Vote

Is this upside down world? Is this a Republican admin?

breathing deeply, remembering that everything happens for a reason and that i won’t change anything by getting so dam angry!

p.s. @liepardestin you likely already know that italics are on the fritz, using “em” and “i.” No hurry. hope you mouth is relaxing. :O)

Is this upside down world? Is this a Republican admin?

They are pulling the election monitors to more easily control the outcome in November. Notice how the MSM has given airtime to Gary Johnson and NOT to Jill Stein. Johnson will pull votes from Trump. I’ve been telling my Republican colleagues and friends that the fix is in and no one but Killary will be president. #JillNotHill #NeverHillary #NeverTrump