END_OF_DOCUMENT_TOKEN_TO_BE_REPLACED

Good morning TPW’ers! I’m trying to spread stuff out a little bit so will be putting the Bernie news in its own thread when time allows, as well as separating out some of the other bigger news items and then putting everything else here.

Kicking off a week of actions targeting the institutions financing the controversial Keystone XL (KXL) tar sands pipelines, activists on Saturday protested at banks in 25 cities to shine a spotlight on the roll they are having on climate destruction.

“It’s back—and so are we,” reads the call to action. After fierce nationwide opposition forced the Obama administration to halt the project, President Donald Trump has given it the green light and the climate movement has vowed to fight it once again.

The peaceful demonstrations are “designed to shine a spotlight on the the four key financial institutions bankrolling the KXL pipeline— Citibank, JPMorgan Chase, Wells Fargo, and TD Bank—and pressure them and the broader financial community to pull out and ‘defund’ the project,” said the Rainforest Action Network, which is organizing the week of protest.

In addition to demonstrating outside banks, activists across the country are also planning a banner drop in Los Angeles and a protest targeting local government in San Franciscothroughout the week of action, which will culminate on Earth Day. Find an action near you here.

More in the comments, Hope to see you there!

I mean, amazing. pic.twitter.com/wmmCmUCDT6 — Adrian Carrasquillo (@Carrasquillo) February 28, 2017 I just had to share that tweet with Bernie verily amused! 😀 Also this tweet is also Bernielicious: This speech is crashing our servers right now https://t.co/IzUvVw6lDb — Haaretz.com (@haaretzcom) February 28, 2017 Did my heart good it did. READ IN FULL: Bernie Sanders’ Speech on Israel, Trump and anti-Semitism at J Street Conference Thank you for inviting me to address you here today. It’s a pleasure to be here with J Street, which has been such a strong voice for saner, more progressive foreign policy ideas. And I … END_OF_DOCUMENT_TOKEN_TO_BE_REPLACED

Headed out to #NoDAPL Day Of Action event? Not able to go to an event but want to get a look at things from the people on the ground? Here are some pretty damn amazing grassroots inspired songs in support of the Water Protectors to pump you up, to pass around, and overall… to just make your day better. Genres may vary.

Starting things off with one video here, and the rest will be in the comments. 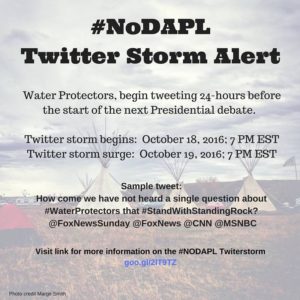 Are you on Twitter? The NoDAPL Water Protectors are asking for help to create a Twitter Storm climaxing during the debate, asking why they are not talking about the Dakota Access Pipeline and the need to protect our water. Here’s the text of their request on Facebook, from Noelle Garcia. She explains what a Twitter storm is, why they want to create it, and what to include in your Tweet (including samples of what to say): noelle garcia‎ to International Days of Prayer and Action with Standing Rock The American Indian Center of Chicago is asking people to share plans to start … END_OF_DOCUMENT_TOKEN_TO_BE_REPLACED 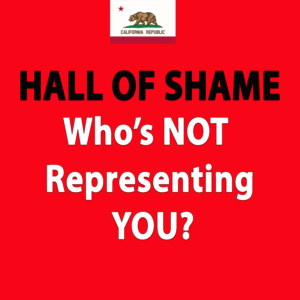 It looks like corporatists all around in CA. No wonder CA is slowly moving backwards.  HALL OF SHAME – 16 Democratic Legislators in progressive Districts voting as Republicans – voting so bad they got F’s The Hall of Shame includes the state legislators most out of step with their constituents, and most closely aligned with corporate and special interests that exploit Californians. To make the list, a legislator needs to have a Courage Score of 59 or lower — resulting in a grade of “ F ” — and represent a district which clearly supports more progressive policies than the legislator. … END_OF_DOCUMENT_TOKEN_TO_BE_REPLACED

Roots Action, which, as you may know, was founded by anti war activists David Swanson and Norman Soloman and journalist Jeff Cohen has an important petition on the rootsaction.org web site to the Secretary of the Army against punishing Chelsea Manning with solitary confinement for her own recent suicide attempt: http://rootsaction.org/featured-actions/1249-urgent-chelsea-manning-is-being-charged-for-her-own-suicide-attempt Chelsea, as you may know, as an act of conscience, leaked info about the Iraq War and the war in Afghanistan as well other classified info listed at the bottom of her Wikipedia page to inform us what was being done in our name with our tax dollars and … END_OF_DOCUMENT_TOKEN_TO_BE_REPLACED

This was emailed to persons on the email list yesterday afternoon: Political pundits and the billionaire class are watching very closely to see what Bernie supporters do next. Some of them might be tempted to believe our political revolution is toast. They want our extraordinary phone banking, door knocking, and grassroots organizing efforts to stop. They want us to get discouraged. They want to vanquish our movement once and for all. We aren’t going to let that happen. That’s why, on the evening of August 24, we will kick off a new organization called Our Revolution with a major live … END_OF_DOCUMENT_TOKEN_TO_BE_REPLACED