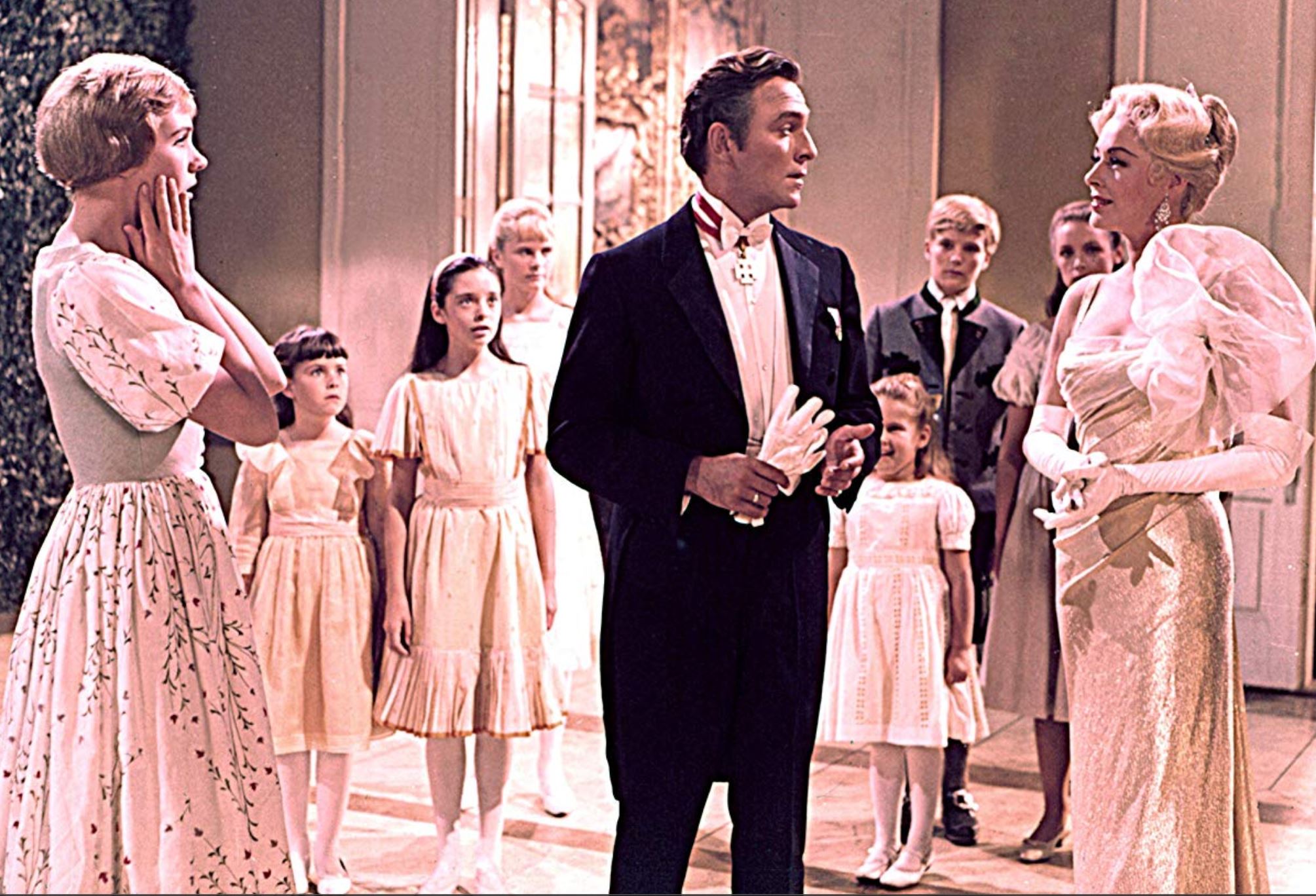 How dreary – to be – Somebody!
How public – like a Frog –
To tell one’s name – the livelong June –
To an admiring Bog!

Hillary Clinton: “Nobody likes him…”

The “nobody” Clinton refers to are wealthy contributors and Beltway operatives who bribe the Congress and political parties for corporate welfare. But in this instance, Clinton is whitewashing grassroots supporters of Bernie Sanders (or of any candidate) since most of us aren’t wealthy and didn’t contribute to her campaign.

Peter and Leah Daou, who were diehard supporters in 2008 and 2016, have evolved and joined Bernie’s revolution. I’ll let them explain why they think Clinton is wrong about her personal, petty, self-serving comments concerning Bernie Sanders as a politician.

I worked for Hillary Clinton. Her attacks on Bernie Sanders are a big mistake

Because of his [Peter] personal connection to the Clintons and our belief that electing the first woman president was a worthy cause, we joined millions of Democrats in defending and promoting Clinton during the 2016 race. We all fought for what we believed in, and too many of us got caught up in a bitter internecine battle – but somehow only Sanders supporters were singled out as villains.

In the intervening years, we have very publicly reconsidered the single-minded intensity of our Clinton advocacy and apologized for exacerbating divisions between Clinton and Sanders voters. In the process, we have come to realize the extent to which the term Bernie bro marginalizes and erases the voices of millions of people of color and women who are part of the Sanders-inspired “Not me. Us” movement.

Somehow only Sanders supporters were singled out as villains.

Here is the irony: as we began to embrace #NotMeUs and express support for Sanders, a cadre of Sanders haters began trolling and harassing us with the same venom that they attribute to so-called Bernie bros. They impugned our motives and character, called us traitors and sellouts, and mobbed our Twitter threads. It was a disconcerting awakening to the hypocrisy of those who slam Sanders supporters as a bunch of sexist young white males, then engage in identical behavior to those they criticize.

The lesson is unmistakable: there are angry and obnoxious supporters of all candidates. Isolating Sanders supporters and implying they are a misogynistic monolith is profoundly unfair. Why are other candidates’ backers allowed to fight hard without being reduced to a regressive moniker? While sexism and harassment are unacceptable in any forum, the hyper-focus on a small minority of aggressive online trolls purposely tarnishes an entire movement through guilt by association.

For Clinton to come out rhetorical guns blazing against Sanders weeks before primary voting begins reflects misplaced priorities on the part of the Clinton camp and an unfortunate willingness to amplify destructive myths about Sanders and his supporters. Moreover, Clinton implies there’s some equivalence between Sanders and Donald Trump, saying: “We want, hopefully, to elect a president who’s going to try to bring us together, and not either turn a blind eye, or actually reward the kind of insulting, attacking, demeaning, degrading behavior that we’ve seen from this current administration.”

This is where the basket of deplorables comes in. Clinton had plenty of deplorable supporters, among them Harvey Weinstein, whose family donated millions of dollars to the Clinton’s political (and questionably) charitable organizations.

Since 1995, Weinstein donated more than a dozen times to both Bill and Hillary Clinton, though most of his cash went to Hillary. At a June 2016 fundraiser Weinstein hosted in his Manhattan home, an estimated $1.8 million was raised for Clinton’s presidential campaign. According to reports, guests included Leonardo DiCaprio, Jennifer Lopez, and Sarah Jessica Parker. According to its website, Weinstein has contributed at least six figures to the Clinton Foundation as well.

In 2012, Weinstein bundled a hefty $679,275 for President Obama’s re-election campaign. As Charlie Spiering points out, Weinstein visited the White House 13 times while Obama was in office.

When The Hollywood Reporter confronted Clinton about Weinstein, she said “Who knew?”

How could we have known? He raised money for me, for the Obamas, for Democrats in general. And that at the time was something that everybody thought made sense. And of course, if all of us had known what we know now, it would have affected our behavior.

What behavior? Her impeached husband’s?

Donald Trump was among her contributors when she was in the Senate. And we know what he’s like.

To me, this attention-getter from Clinton reminds me of The Sound of Music, whereby Maria the Nun, is considered somewhat of a rebel within the Abbey and is dispatched to a lonely baron’s estate, whereby she becomes the governess of seven, very ignored children. The estate owner, Baron Von Trapp,  has been away often as he is courting Baroness von Schrader, a woman with considerable wealth and the belle of many balls in Vienna. But when she comes to visit the Von Trapp family, she’s not comfortable with children or anyone of the working class (in this instance, nuns who are to work with the poor):

Darling, haven’t you ever heard of a delightful little thing called boarding school?

Why didn’t you tell me?

The Baroness: To bring along my harmonica.

But in the story, even the baroness can’t stop Maria and the baron from recognizing what was important: fighting the fascists and keeping your family secure. Making sure that everyone is taken care of.

Hillary Clinton seems has not learned a damned thing from 2016. She’s very out of touch, and she doesn’t want anyone to touch her bubble. The irony: she labeled Bernie “a career politician whose voters got sucked in.”

It didn’t work in 2016 when the solid blue wall states had working-class swing voters, and just enough didn’t pull the lever for her. She’s had time to reflect, and unfortunately, it all boils down to bitter politics and seeking personal revenge for a poorly run campaign. 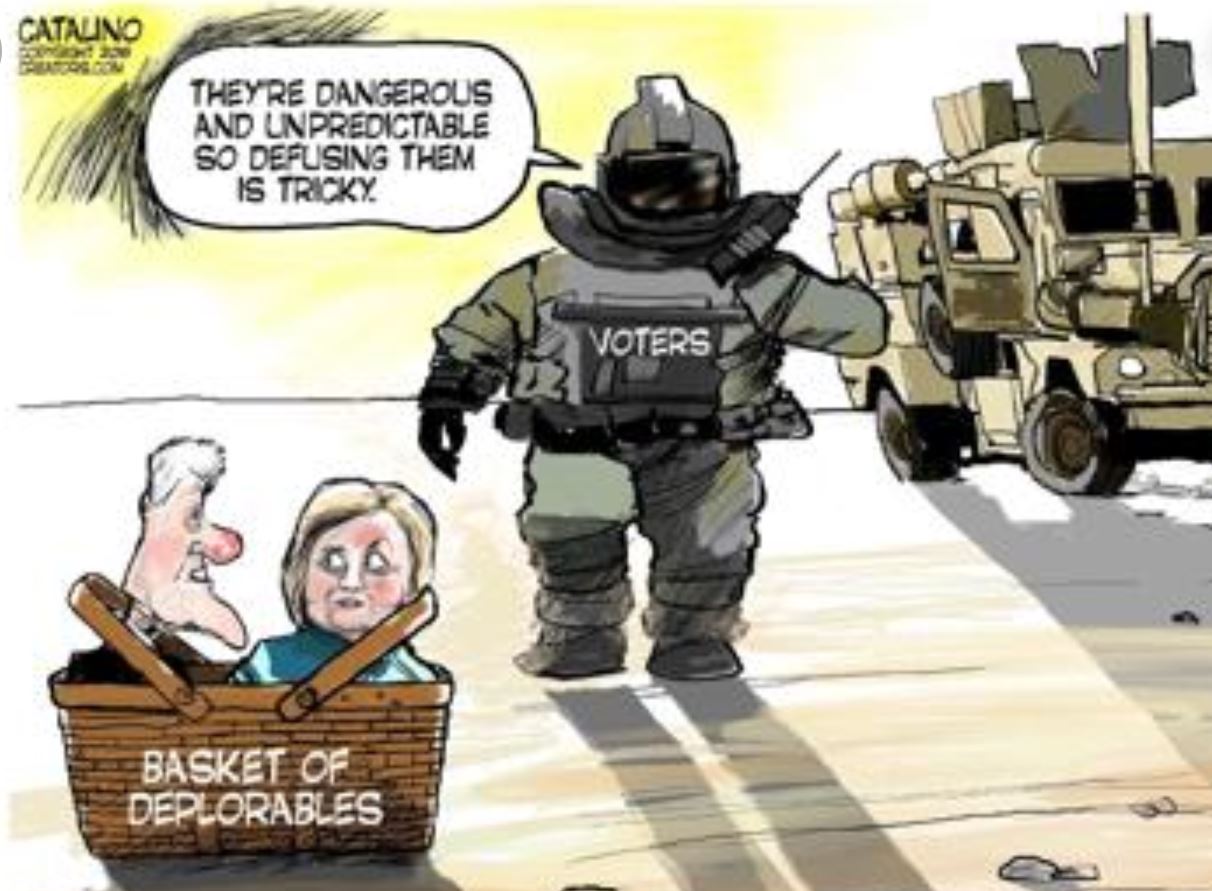 I think it is political jealousy that Bernie has millions of donations and a strong grassroots following. Clinton’s commentary about Bernie and the current political climate drips of irony.

BECAUSE THE DEM ESTABLISHMENT HAS FAILED TO STOP THE FAR RIGHT.

And we have kids in cages, white supremacists in the White House, and people crowdfunding healthcare.https://t.co/73uNIBvEAk

A few people: “Nobody likes @BernieSanders.”

Writing for the NY Intelligencer, Sara Jones sees a broader view about Clinton’s worldview of feminism:

Clinton is a celebrity now, her power felt less in the halls of Washington, D.C. than in the frantic arena of news cycles and content generation. Within hours of publication, her interview with the Hollywood Reporter was viral. Twitter spread her remarks with bruising speed. The Reporter set the trap and Clinton baited it. The public is hardly to blame for giving into temptation. Nor can anyone who covers politics for a living pretend that Clinton’s remarks simply don’t matter. The division Clinton sets up in her comment, Sanders versus the women, certainly shows us how she explains her loss to herself, and to the public. But the idea that Sanders has a woman problem has cachet beyond Clinton’s inner circle or her online fanbase.

It’s an opportune moment for a smarter conversation about feminism in politics, as a more adept political thinker might have understood. The prospect of a second Trump term presents unique dangers for women. Abortion rights have never been robust, but they are even more fragile than usual right now, with the might of the Supreme Court arrayed firmly against them. The American working class is half female. Women, especially women of color, are more likely than men to live in poverty. The Trump administration’s attacks on union rights harm women, who are over-represented in the public workforce and for whom the labor movement has helped bridge historic gender gaps in pay and professional advancement. Misogyny, in other words, doesn’t look like a primary challenge from the left. It has nothing in common with proposals to create universal health-care or make childcare affordable for all. Misogyny keeps women poor and it keeps them quiet. It is a tangible threat, a baseball bat, a gun.

Clinton could talk about that threat. She could focus on women who do not share her advantages, bring them with her into the limelight. Instead, her comments feed what can only be understood as a conversation about feminism in politics in the glibbest sense. For several long weeks serious people have wondered whether something Sanders may or may not have said to Elizabeth Warren about the sexism of the American voter is proof that he, individually, is prejudiced. Warren is not the second coming of Clinton, but the coverage of her years-old conversation with Sanders felt altogether too familiar; it was Sanders versus the women, again. At its dumbest, the controversy invoked the worst of the 2016 dogfights. The Vermont senator’s legislative record, which is unimpeachably pro-choice, didn’t matter; neither did his endorsements of women, or all his campaigning for Clinton back when most of us thought she would still defeat Trump. On Twitter — which matters even though it shouldn’t because the press and the president and Congress and leading activists all use it far more than do most Americans — the idea that Sanders has a problem with women still travels. Clinton herself has helped keep it alive.

But Clinton is ill-positioned to take us into the promised land. In the same Hollywood Reporter interview, Clinton insisted she knew nothing of Harvey Weinstein’s abuse of women. “How could we have known? He raised money for me, for the Obamas, for Democrats in general. And that at the time was something that everybody thought made sense. And of course, if all of us had known what we know now, it would have affected our behavior,” she said. But it’s possible that she did know, as Lena Dunham revealed in 2017. Dunham said she warned Kristina Schake, Clinton’s deputy campaign manager, that Weinstein was a “rapist.” Schake said she’d tell Clinton strategist Robby Mook, who’s denied hearing any such information about Weinstein. Tina Brown, the famous magazine editor, said she informed the Clinton camp about Weinstein rumors in 2008. Maybe Clinton’s staff conspired to keep her ignorant, but people around her did know, and kept Weinstein close by anyway. On Monica Lewinsky, Clinton was similarly defensive. Asked if she had changed the way she thought of her husband’s relationship in the wake of MeToo, the former secretary of State said no. “I do think the culture has changed, and mostly for the good, but I also think you still have to look at every situation on its own facts and merits to make a decision,” she continued. So much for the feminist candidate.

Clinton’s latest broadside ought to cement her status as a cautionary tale for the ages. We should choose our feminist prophets with more caution. They reveal themselves by their grasp of the stakes women face. Feminism isn’t a brand, or a shield to deflect the blame for losing to Trump. The purpose of feminism is liberation, and it is urgent.

#I like Bernie because he is the only one capable of winning over Trump voters who are disillusioned with the political process.

And besides, Barbara Ehrenreich, scholar and author of “Nickeled and Dimed” likes Bernie.

Hey Hilary, I like Bernie so much that I hereby endorse him!

Consider this an evening open thread.