END_OF_DOCUMENT_TOKEN_TO_BE_REPLACED

Let’s kick this off with the interview of Rabi-Havt by Briahna Joy Gray:

TONIGHT: Jails are major COVID-19 hotspots, and this crisis will get even worse without decarceration. Join the convo at 8PM ET with

More jibber-jabber and the bar is open. See you in the comments!

As the COVID-19 pandemic continues to spread almost as fast as the bush fires that plagued Australia for months, I am reading snippets about the fear. Most of the blue governors, particularly those of CA, IL, NY, & WA taking the lead, are issuing stay-at-home for state residences the next month. They are listening to epidemiologists and public health experts. And likely, insurance companies. One wonders how much Ron DeSantis is listening to experts when he decided cities or counties could reopen the beaches just 24 hours after his stay at home order, and Colorado State University released its hurricane forecast. Prediction: above normal activity. Moreover:

This is the best part of America. But those governors would not have been quite as bold in the past. They would been passive-aggressive like Andrew Cuomo, who serves corporate masters, or Jerry Brown’s last term, in which he expressed no desire in warring with chemical companies. But thanks to Bernie Sanders and his “Not me. US” approach, they have chosen to be leaders, trying to put fingers in the dikes, and keep people employed, children instructed, and get more help to the frontlines. I predict that many states will consider measures to sidestep constitutional requirements to fiscal balance.

Bernie Sanders is trying to be one of the leaders in the Senate that is pushing for more unemployment insurance, free testing, free treatment (in next bill), moratorium on rent (which I see being extended to Small Businesses, which Bernie would favor), etc. Bernie’s presence in the Senate would not garner the media nor establishment’s notice if he were no longer in the race.

And this why, with due respect, if the WaPo is reporting accurately, you should re-embrace the grassroots and trust us. We aren’t rich but we will keep pushing, especially with the knowledge the campaign is putting forward about what negotiations are taking place, and also from experts in public health. We are solid ground with great soil. Bernie has done more to enrich it by bringing back the thematic vision that Eleanor and Franklin Roosevelt held in partnership. In this crisis, Bernie may not appear as a happy warrior as FDR did during the Depression, but when I see a chess game set up on a real chessboard in the background of a recent virtual town hall on COVID-19 legislation, it says that Bernie is considering every move and how it impacts other moves. The moves may not be perfect, but do not discourage Bernie from continuing his campaign and raising the issues. The ideas resonate and all of us are calling our representatives, sending notes to Senators, etc, demanding action. This is exactly what Bernie does best: the organizer in chief. 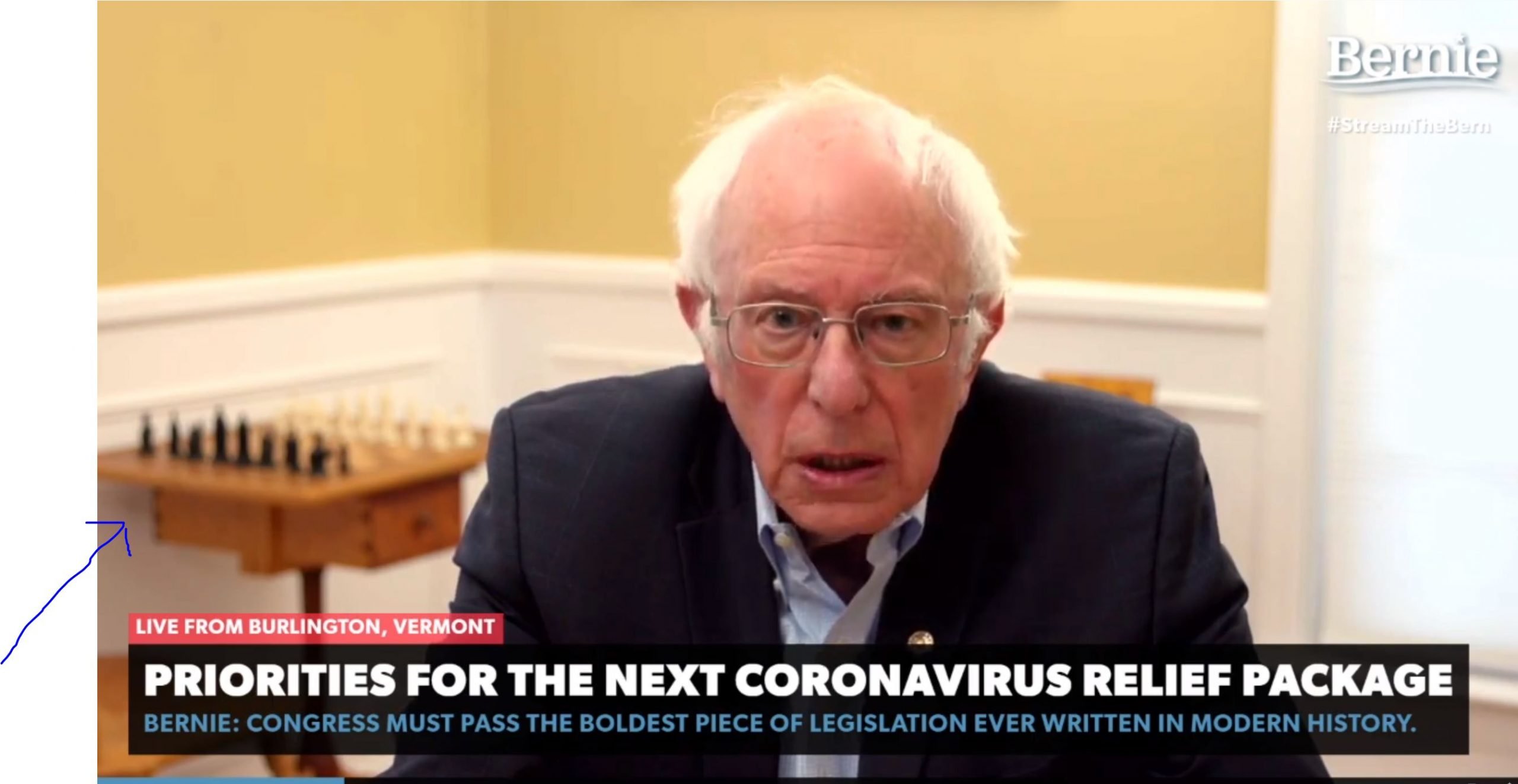 The campaign should be saying: we’re on and will keep fighting for our universal goodness for the working masses and those who will possess greater needs in the near future. I would say that between now Father’s Day, there will be more bills to pass to fight this pandemic and the corruption that is so blatant. I’m happy to make a phone call. Meantime, this part of my post is aimed at Faiz: it’s time that Bernie rally his base and the indies again. Get him an interview on The Young Turks with Ana Kasparian. Go on Tim Black’s show, Kyle’s, Nomiki’s, Democracy Now, all of the shows that Way of the Bern, C99, and we watch.

Last bit of advice: make getting a debate with Biden a priority, in which both candidates have to appear remotely from their home studios and not in a hostile corporate studio like last time. Let the American people decide who is the leader for today and tomorrow. You can worry about the DNC later. The primary season has already been extended by the DNC.

This guy didn’t leave the struggle. You shouldn’t let him give up now, just as he didn’t give up for working-class people in the South Side of Chicago. 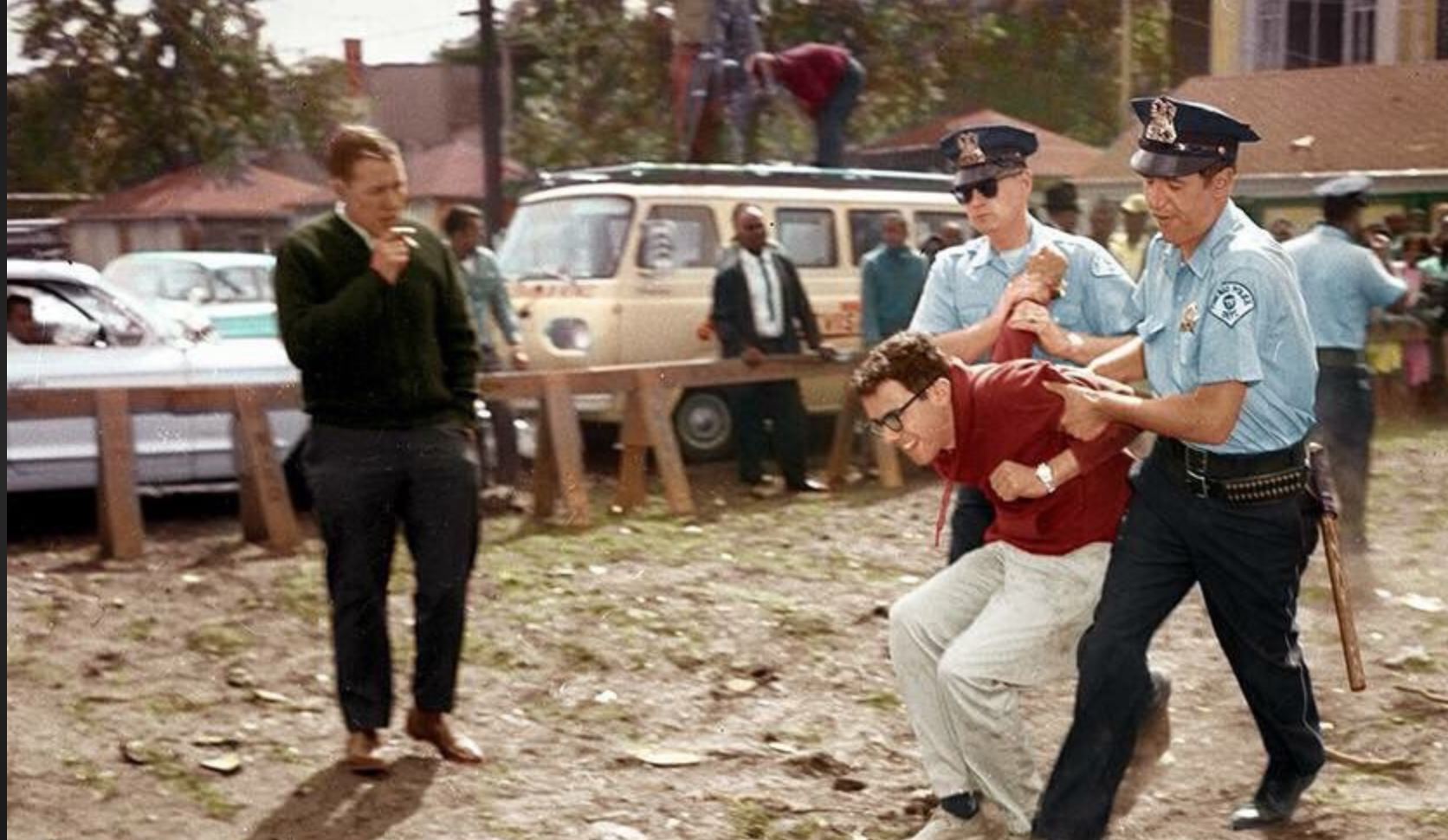 (credit: Tribune Archives via the DU)

People for Bernie premiered this video about a half hour ago. I challenge anyone not to be moved by it.

What do you think about the timing of this?

Floor is yours. More tweets, analysis, and jibber jabber in the comments.