I’ll start with some Bernie news on the tax and Amazon unionization front today.

END_OF_DOCUMENT_TOKEN_TO_BE_REPLACED

To get things started. See you in the comments.

END_OF_DOCUMENT_TOKEN_TO_BE_REPLACED

Good Sunday morning, everyone!😊 I figured I would wander into our Nest, straighten things up (not that it’s necessary), and open the door. Several positive items: the reintroduction of Medicare For All, the positive environmental folks like Deb Haaland that Biden’s staff have hired, and the union situation down in AL. I hope the workers say yes, and give Borg Bezos a big finger! Anywho, the Nest is Open. Enjoy! ☮️😊👍

**We are early morning risers down here. No problemas in making this a double dip OT. 😊👌

I usually try to start the day with Bernie news but there’s nothing new this morning so I’ll start with some stuff about the filibuster.

END_OF_DOCUMENT_TOKEN_TO_BE_REPLACED

Happy St. Patrick’s Day. Top of the morning everyone! 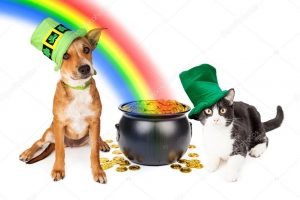 END_OF_DOCUMENT_TOKEN_TO_BE_REPLACED

Bienvenidos fellow Nesters, Birdies, Progressives, Lurkers, etc. 😊 Got my second shot of Moderna last night. So far, the only side effect is a moderate soreness in my vaccinated left arm. I am high risk so very relieved to get it done. Anywho, the usual excellent suspects 😊 have left our Nest very tidy so I am opening the door and the floor. Everyone have a good Saturday, and stay well. ☮️👍

END_OF_DOCUMENT_TOKEN_TO_BE_REPLACED

Covid Rescue Plan is in the rear view mirror and it lacks many things we care about.

Can some follow-up work fill in a few of the holes?  IDK.  But here’s what I’m thinking:

Biden issued a mask Mandate in Federal buildings.   Is there already a separate Federal Minimum Wage and if not, Can Biden  declare one?

If not, how about a Stand Alone Bill in both houses of Congress on a minimum wage hike that would take place immediately?  For $10.00 NOW.

Similarly the ACA got some improvements but they aren’t as long lasting or sweeping as most of us hoped for.  How about a Stand Alone Bill lowering the Medicare age to 60?  I think this may pass.

If these measures are widely publicized and the public is as enthusiaztic as I think they’ll be, we just might get some relief in this way.

I’m not sure that individual Senators will be as willing to vote against small immediate fixes as were ready to stand against the bigger packages. Nothing to hide behind.  You are for Starvation Wages or you are not.

Narrowing the focus reveals each legislator as exactly who they are and what they stand for.  It won’t work on the shameless but it just might on enough of them .