America’s economy added only 266,000 jobs in April at the anniversary of the worst job loss for any month on record. This was far less than forecasts of economists, who had predicted America would add 1 million jobs last month.

The unemployment rate rose to 6.1% in April, up from 6% a month earlier.

It was the slowest improvement for jobs since January. Experts predicted that the vaccine rollout and the reopening of the economy would jolt hiring. But the April jobs number show that the road to recovery from the pandemic remains bumpy.

The job market isn’t just snapping back to what it was before COVID-19. The dislocations across different industries and worker demographics has been too big to recover from while COVID-19 continues to infect tens of thousands of people every day.

Lower-income earners, women, Hispanic and Black workers bore the brunt of the pandemic layoffs and millions remain out of work. Yet some industries can’t find workers. That may seem contradictory, but the job market is changing, leaving many workers permanently out of a job.

The hospitality, leisure and travel industries are still rebuilding after shuttering completely last year. Meanwhile, factories and manufacturers have trouble finding specialized and even entry-level workers as employees worry that those jobs could be sent overseas or replaced by robots.

"The business lobby group argues the state is "paying people not to work,"
https://t.co/1bCFN5lLB0

Check out the salary of the people whining about a $300/Pandemic UI.
Nice work @USChamber https://t.co/ndWEwnd1W3 pic.twitter.com/UmifCdIFVa

Here’s Bernie’s interview on All In With Chris Hayes last night to get the thread started.

More perspectives, tweets, news, etc in the comments. There’s also a special b-day for one of the birdies !

Let’s start the day with Bernie’s appearance on The Late Show after POTUS Joint Address:

(Beginning of the interview)

More videos, tweets, perspectives, news, etc in the comments. See you there!

I would not call today’s verdict justice because justice implies restoration. But it is accountability, which is the first step toward justice.

Now, the cause of justice is in your hands.https://t.co/2PW2RTvTHE

The sound doesn’t work unfortunately until the 9 1/2 minute mark, but it’s a great speech about the courage of the witnesses. Keith deserves a lot of credit.

Good Mornin’ birdies! Let’s get started with an interview of Charles Booker on Medhi Hassan’s show.

Robert Reich knows a thing or two about federal budgets, and the economist who has served in three presidential administrations says there is something wrong with Joe Biden’s plan to increase Pentagon spending above the levels proposed by former President Trump.

Unfortunately, that’s what the president is seeking. This has led Reich to announce that he is “frankly disappointed that Biden’s proposing $715 billion for the Pentagon—an increase over Trump’s $704 billion defense budget—instead of moving back toward Obama-Biden era levels of defense spending, or less.”

How Antidiscrimination Law Fails Black Mothers
“Or less” is the right direction, especially at a moment when Republican deficit hawks are circling in preparation for attacks on domestic spending that is essential for working families who have been battered by the coronavirus pandemic.

Biden’s $1.5 trillion budget plan has much to recommend it. The president is seeking significant increases in funding for education and proposing to invest in criminal justice and police reform, combating gun violence, and other worthy efforts. “However, despite the positive investments in these programs,” says Representative Barbara Lee, “I was incredibly disappointed at the significant increase in Pentagon spending to even higher levels than the Trump administration. With so many people across the country struggling to make ends meet, the last thing we need to do is increase investment in wasteful Pentagon spending.” Noting that “this budget adds twelve billion new dollars for weapons of war,” the longtime critic of endless wars asks us to “just think how that same amount could be used to invest in jobs, health care and fighting inequality—especially as we fight back a once in a century public health and economic crisis.”

Lee was once a lonely voice on behalf of cutting Pentagon spending. But the California Democrat now has allies in powerful places. “I have serious concerns,” says Senate Budget Committee chair Bernie Sanders (I-Vt.), “about the proposed $753 billion budget request for the bloated Pentagon—a $12.3 billion increase compared to the last year of the Trump Administration. At a time when the U.S. already spends more on the military than the next 12 nations combined, it is time for us to take a serious look at the massive cost over-runs, the waste and fraud that currently exists at the Pentagon.”

Congressional Progressive Caucus chair Pramila Jayapal (D-Wash.) is blunter: “We’re in the midst of a crisis that has left millions of families unable to afford food, rent, and bills. But at the same time, we’re dumping billions of dollars into a bloated Pentagon budget. Don’t increase defense spending. Cut it—and invest that money into our communities.”

That’s not a radical response. When Data for Progress surveyed voters nationwide last year about budget priorities, 56 percent supported cutting the Pentagon budget by 10 percent to pay for fighting the coronavirus pandemic and funding education, health care, and housing. Sixty-nine percent of Democrats expressed enthusiasm for the proposed cut, which was striking. Even more striking was the 51 percent support it got from Republicans.

When the idea was raised in Congress in July of 2020, 93 members of the House of Representatives voted for a 10 percent cut, as did 23 senators. That wasn’t a win, obviously, but it was a groundbreaking show of support for reduced spending on the military-industrial complex.

Can congressional progressives build on that base of support to alter priorities in the Biden budget? It won’t be easy. Centrist Democrats will be cautious about cuts, and Republicans can be expected to demagogue the issue. But progressive caucus members have had success in pushing the new administration to abandon some of the worst Pentagon initiatives of the Trump years. For instance, a new letter signed by 70 House members commends Biden for “[his] first steps toward ending U.S. support for the war in Yemen, including announcing an end to U.S. military participation in offensive Saudi actions; a review of weapons sales to Saudi Arabia for use in its six-year air war in Yemen; and a revocation of President Trump’s terrorism designation against the Houthis, with the express purpose of averting a hunger crisis.” (The letter urges the president to go further and “use all available U.S. leverage with the Saudi regime to demand an immediate and unconditional end to its blockade, which threatens 16 million malnourished Yemenis living on the brink of famine.”)

One of the key movers in the fight to end US support for the war in Yemen, Representative Mark Pocan (D-Wis.), thinks the time is right to push the administration and Congress for a broader rethink of spending priorities.

“A proposed increase of $13 billion in defense spending is far too much given [the Pentagon budget’s] already rapid growth at a time of relative peace,” says the Wisconsin Democrat who with Lee cochairs the Defense Spending Reduction Caucus. “We cannot best build back better if the Pentagon’s budget is larger than it was under Donald Trump.”

Pocan has ideas for where to make cuts. For instance, he says “we must stop funding for former President Trump’s excessive $1.5 trillion nuclear modernization plan and complete a new nuclear posture review as each of the last three presidents have done. The United States has far more nuclear weapons than are needed for our security, so let’s stop funding the waste.” In addition to arguing for “no new spending on nuclear weapons,” Pocan points to the need to audit Pentagon waste and accountability measures to eliminate slush funds.

That’s a message that will resonate with the American people, says Representative Ilhan Omar (D-Minn.), who maintains that there is a growing awareness that “it is simply inexcusable to continue to shower weapons manufacturers with hundreds of billions of dollars in Pentagon waste.”

Advocacy groups share the view that this is precisely the right time for members of Congress to make the case for tightening the bloated Pentagon budget. “Following a year of deadly proof that throwing money at the Pentagon does not keep us safe from modern day threats, it is unconscionable to not only extend Trump’s spending spree, but to add to it,” says Win Without War’s Erica Fein. “Deadly pandemics, climate crisis, desperate inequality—the greatest threats to global security do not have military solutions. Yet while we’re repeatedly asked how we will afford to address these truly existential threats, the same question is never asked of adding to the Pentagon’s already-overstuffed coffers. Let’s be clear: continuing to funnel near-limitless resources into the pockets of arms manufacturers while underfunding public goods only undermines the safety of people in the United States and around the world.”

Sen. Bernie Sanders: "How many people need to get unnecessarily sicker before Congress is prepared to take on the greed of the pharmaceutical industry?" pic.twitter.com/emosfjCwtw

“Why does the U.S. pay the highest price in the world for prescription drugs? It is simply because of greed.” – Elia Spates of Derby, Vermont. pic.twitter.com/hdy7N4DIgN 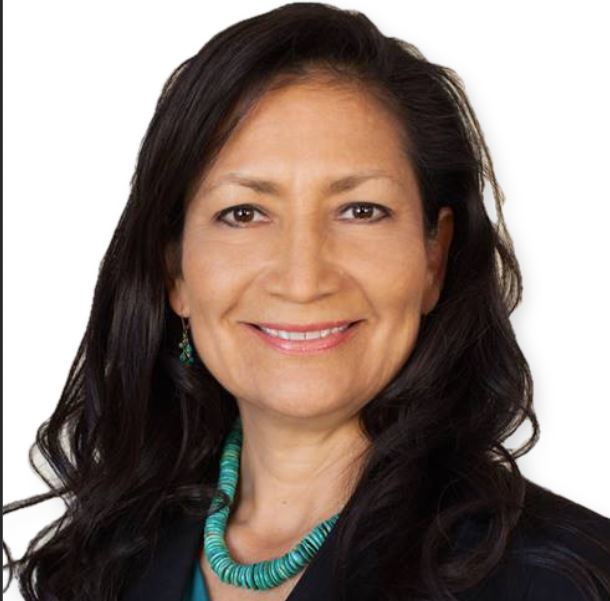 Deb Haaland’s confirmation hearing is today. She’s appearing before the Energy Committee, in which Joe Manchin is the Chair. Senator Henrich is introducing her. Link to the livestream if you care to watch.
https://www.energy.senate.gov/hearings/2021/2/hearing-to-consider-nomination-of-the-honorable-debra-haaland-to-be-the-secretary-of-the-interior.

GOP Rep Don Young of Alaska is also singing her praises as part of her introduction.

More news, tweets, videos, etc in the comments. See you there!