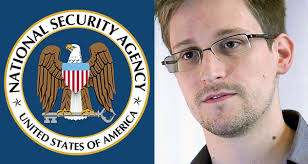 Lawyers working with Edward Snowden, the National Security Agency whistleblower who received sanctuary in Russia after fleeing the US, have vowed to step up pressure on Barack Obama’s administration for a presidential pardon.

“We’re going to make a very strong case between now and the end of this administration that this is one of those rare cases for which the pardon power exists,” Ben Wizner, the ACLU lawyer who is Snowden’s principal legal adviser, told New York magazine in a cover story published late on Sunday.

“It’s not for when somebody didn’t break the law. It’s for when they did and there are extraordinary reasons for not enforcing the law against the person.”

Snowden, however, conceded that Obama is unlikely to offer such a pardon before he leaves office.

“There is an element of absurdity to it,” he said. “More and more, we see the criticisms levelled toward this effort are really more about indignation than they are about concern for real harm.”

Former attorney general Eric Holder conceded last month that Snowden “actually performed a public service” and said: “I think a judge could take into account the usefulness of having had that national debate.”

But neither candidate to succeed Obama in the White House has shown much sign of sympathy. Hillary Clinton has said Snowden should not be allowed to return to the US without “facing the music”. In 2013, Donald Trump suggested Snowden should be executed.

As much as I agree with Snowden and applaud his courage, I would like to see his pardon delayed. The reason is that I believe she-who-must-not-be-named has both deliberately and negligently mishandled classified information with her private email server. Pardoning Snowden now would set an implicit precedent for pardoning she-who-must-not-be-named, and I would like to see her indicted, tried, convicted, and sentenced, and never pardoned or even have her sentence commuted. She should definitely ‘face the music’ herself, and the sooner, he better!

The vast chasm of difference between Snowden’s and Clinton’s motivations behind their actions has me crossing my fingers for part of your envisioned scenario.

(I don’t know what Snowden’s life would be like were he to be pardoned and trying to live in the US again; but, ultimately, I do hope he gets to live peaceably, and, preferably, where & with whom he chooses. People criticize Obama for a lot of things, but his administration’s handling and treatment of Snowden has been nothing shy of shameless and gutless.)

Hillary, on the other hand, is an entirely different story. I believe her intention was both criminal and traitorous, and that she should not be allowed to march around even the pampered parameters of her silly upscale, upstate suburban barn and bathroom server farm without having to step in time with the music she needs to face.

What if US never returns to a republic/democracy?

The coup d’etat continues full steam and if we agree with Chris Hedges, the Bernie movement won’t provide the necessary pressure outside the system to make the necessary changes.

It is probably too early to expect the oligarchy to admit that Edward provided an important service to our country. They are still too powerful.

And possibly even more powerful in the future.

I could see Obama pardoning Clinton faster than a blink of an eyelash if she were indicted. (Fat chance of that happening). Sorry Snowden you will not be pardoned by Obama. Don Siegelman rots in jail while banksters are free as a bird.

Unfortunately, Obama loves his self-image as a DINO “bipartisan compromiser” too much to do anything about pardoning Snowden, the man many consider a national hero for revealing the truth to the American public and to the world.

I don’t believe Snowden did anything wrong in getting the truth out to the world, so he shouldn’t have been charged with anything in the first place. [IMHO – YMMV]