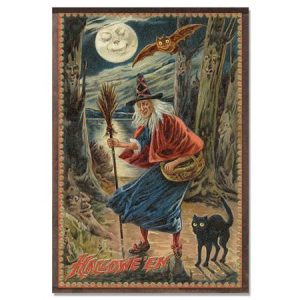 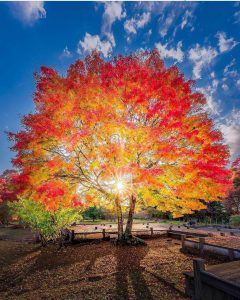 The candy store is open.

iirc, the ram man is a drawing. cloudy here. making a paper pumpkin for the window, just in case they brave the drive this year🎃🦇🌝🧡💀🌝🦇🎃

this is not brave of CBS. They are fine with Ro because he wants thevparty to come together now without Medicare expansion and without drug price negotiation. I have always said you have to have Medicare for all along with climate Chaos mitigation. And from what I hear, it’s not much mitigation.

As I am speaking, I am further in enraged that this bill is giving money to industries to build things, to natural gas, and to some things that will help somewhat before they will give money to keep people more alive and olds able to eat well. I think I could also give a speech on the Senate floor at this point

The times they are a-changin…@FaceTheNation has been good about bringing quite a few different voices into the conversation. https://t.co/YsmdxFHmi4

Corporate media always has an agenda and it is never yours.

Khanna swings back and forth, unfortunately.

He who talks out of both sides of his face is not worth listening to. Cut the cord.

Please listen to this podcast with @davidsirota & @MMFlint -passing a weak bill that walks back the vital promises you made is not "standing strong." As David asks-why are you there? What are you afraid of? Why do you accept every demand Manchin makes?https://t.co/ia1lZXD1MN

They are NOT moderates. They are bought off RWingers!

Gotta triangulate with somebody.

If you want to scare the billionaires! https://t.co/8S1vDCGHqd

“We have 50 people that we have to get on board,” Sanders, the chair of the Senate budget committee and a leading Washington progressive, told CNN’s State of the Union.

“This is not easy stuff, but what we are trying to do is put together the most consequential piece of legislation in the modern history of this country, which will transform the role of government in protecting the needs of working families.

Discussions between White House, House and Senate officials continued over the weekend. Sanders told CNN: “I can tell you, we are working right now. I spent all of yesterday on the telephone … as soon as I leave the studio, I’m going to be going back home to get on the phone.”

Sanders repeatedly said he was fighting for action on prescription drugs costs to be included in the final spending bill, an issue on which he and Sinema are in very evident opposition.

They want to finish writing a revised $1.75 trillion bill by Sunday, then send it to the Rules Committee for approval on Monday, and hold final votes in the full House on Tuesday, the sources said.

The timeline is ambitious, as lawmakers are still revising the safety net package to win the support of nearly every Democrat in the House and all 50 Democrats in the Senate. It is unclear whether they can resolve the lingering differences and achieve the near-unanimity they need by then.

But the new self-imposed deadline is an attempt to hasten the negotiations and finish the bill quickly.

It would require the sign-off of centrists Sen. Joe Manchin, D-W.Va., and Sen. Kyrsten Sinema, D-Ariz., who have forced significant cuts to the package to win their votes. It would also need support from progressive Sen. Bernie Sanders, I-Vt., who said Biden’s framework is missing some key pieces.

Still, competing House coalitions gave a thumbs-up to the new timeline on Saturday, just two days after the White House released a $1.75 trillion framework in the hope of breaking the logjam.

House progressives are on board with the Tuesday target, a Democratic aide said.

And the moderate New Democrat Coalition is also “supportive of passing both bills ASAP,” said an aide to the chair, Rep. Suzan DelBene, D-Wash.

Progressives are fretting over the pared-back framework of Democrats’ massive social policy and climate bill, warning that it won’t be enough to motivate the party’s liberal base ahead of the 2022 midterms.

Still smarting from seeing the package whittled down from $6 trillion to $3.5 trillion to $1.75 trillion, liberals say the final result is not enough to push the progressive grassroots to the polls next year after top priorities were left on the cutting room floor.

What’s more, they argue, the omission of provisions such as a national paid family leave program and a proposal to empower the federal government to negotiate lower prescription drug prices from the framework outlined by the White House this week amounts to a slap in the face to the progressive activists and groups who helped President Biden win in 2020.

“It’s promising to see a substantial investment in climate action, but it’s appalling and frankly cruel that drug pricing, paid leave, Medicare expansion on dental and vision, are all cut from the framework, and Biden seems willing to leave a pathway to citizenship for millions up to an unelected parliamentarian,” said Varshini Prakash, the executive director of Sunrise Movement, a progressive group focused on climate issues.

“Progressives are the ones who have fought like hell for Biden’s full agenda, and their votes cannot be taken for granted,” she added.

To be sure, the spending framework suggested by Biden on Thursday would still impose sweeping societal change, and what was left out of the proposal could become priorities for progressives after an ultimate bill is passed.

Many progressives are still lining up behind the framework, in some cases begrudgingly, believing that failing to pass anything at all would be politically self-destructive heading into a midterm election in which both of Democrats’ congressional majorities are on the line.

Actual progressives and moderates like Rep. Katie Porter aren’t worried. Who should be worried are the craporate RWingers aka Turd Way Blue Dogs.

How is the Pentagon’s role in the climate crisis—i.e., world’s largest institutional emitter of greenhouse gases—omitted in an article about climate change and ‘national security’

Instead, the Pentagon’s somehow made out to be both victim and hero https://t.co/yoZ03uGtiJ

Par for the course for American craporate media.

Hoping to see the #NorthernLights tonight

WA is supposed to have quite the view, I hope so 💕 pic.twitter.com/CV4iNr2EQF

Lots of subjects, as usual

Right now, the pharmaceutical industry is doing everything they can to make sure that 1 out of 4 Americans continues to be unable to afford the prescriptions their doctors write.

Does that sound acceptable to you at all? pic.twitter.com/rY8BGvbg27

Happy Halloween you all!! 🙂

oldie but a goodie! ty

T and R, pb4 and Happy Halloween everyone. 🙂 I have been raising cain on my football blog over the Bucs loss to the New Orleans team today. The Tom Brady old fart 44 year old QB charm is wearing real thin, and it showed today. But, it is a free distraction from all the politics and that is good. I hope the House Progressives continue to stay strong and united!

I had my distraction Thursday night with an unexpected win.

🙂 I really shouldn’t complain. Bucs are still 6-2 but the Brady worship is just ridiculous. It’s a team sport not one dude. End/rant. LOL