Frankly, I would hope that the GOP tax bill doesn’t come up around your Thanksgiving table. Personally, I prefer just enjoying each other’s company, catching up, good food, and as much laughter as possible.

But, if talk around the table does turn to the tax bill, here are some talking points/facts to counter the misinformation and perhaps give someone pause who is buying the GOP’s selling of it.

Although corporate tax cuts are frequently touted as a good thing, something that would ‘Benefit Ordinary Americans’. That just doesn’t pan out in real life.

Sure, the corporations COULD use their windfall to raise wages but, for one thing, upper management is always under pressure to do everything they can to improve that bottom line.

At the link up top, one comment includes this, from this past April:

On Thursday, American Airlines, in announcing net earnings of $234 million in the first quarter, also said it was giving pilots and flight attendants pay raises. The airline’s stock got hammered, with shares falling more than 8% from Wednesday to Friday.

Analysts for a couple of large investment banks downgraded the stock and left no doubt about their viewpoints about the raises.

This is frustrating. Labor is being paid first … again. Shareholders get leftovers,” wrote Citi analyst Kevin Crissey in a note to clients. 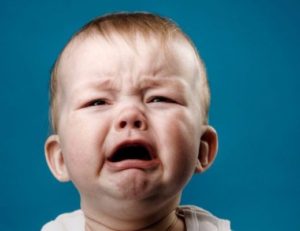 “As far as Wall Street is concerned, if you could pay minimum wage to everybody on every job, that would be great because that would leave more money for stockholders.”

(It never fails to amaze me how stock prices go up immediately after companies report layoffs. It’s as though in a perfect world having NO employees would be their perfect scenario. Talk about cutting your nose off to spite your face! SIL’s employer just laid off scores of people. Now everyone’s morale, including those who survived the cuts, is in the gutter, they’re all exhausted, and working at less than peak performance. Because now they’re expected to do the job of three or four people. How can that be good for a company’s performance in the long run?)

Most Americans believe that a rising tide should lift all boats—that as the economy expands, everybody should reap the rewards. And for two-and-a-half decades beginning in the late 1940s, this was how our economy worked. Over this period, the pay (wages and benefits) of typical workers rose in tandem with productivity (how much workers produce per hour). In other words, as the economy became more efficient and expanded, everyday Americans benefitted correspondingly through better pay. But in the 1970s, this started to change.

There’s an illustrative chart at the link. Bottom line (sorry, I just couldn’t help myself):

Since 1973, pay and productivity have diverged.
From 1973 to 2016, net productivity rose 73.7 percent, while the hourly pay of typical workers essentially stagnated—increasing only 12.5 percent over 43 years (after adjusting for inflation). This means that although Americans are working more productively than ever, the fruits of their labors have primarily accrued to those at the top and to corporate profits, especially in recent years.

So wait a minute. Productivity has increased by 73.7% in the last forty-three years? But wages were basically stagnant? Where’d all that money go from all of that productivity if so little of it went into the pockets of the “typical worker”? Perhaps the same place that the money went after the last ‘repatriation’ of 2004?

When tried during the Bush years, the program was part of the American Jobs Creation Act. The hope then, as now, was that companies would shovel that money back into the economy in the form of investment and job creation.

It didn’t quite work out that way.

So I think we can expect that any financial largesse resulting from a massive tax cut to corporations will most likely NOT end up in the pockets of “typical workers” and will NOT result in more jobs.

In fact, the GOP tax bill, if passed, will most probably increase income inequality in the U.S.

We’ll have to trade notes afterwards.

I hope you get hugs, food, and great memories!

If someone makes us go around the table saying what we’re thankful for today I’m going to say that I’m thankful Bernie is doing a town hall on Thursday night (Nov. 28th) on CNN to try to fight the awful GOP tax bill. 🙂

The CNN Town Hall Debate comes as Republicans and Democrats in the Senate are deeply immersed in a philosophical battle over the GOP’s plan to remake the U.S. tax code that may include repealing the Obamacare individual mandate.

I wonder if CNN gets decent ratings from these town halls? Won’t this upcoming one make it three with Bernie and Ted?

Again, please feel free to share anything on your mind down below.

And I hope everyone reading this has a great day!

Of course the above is only the effects vis-à-vis the proposed corporate tax cut.

I will post other effects on us “typical workers” shortly.

SIL is on her way over with turnips and brussels sprouts she wants me to make for tomorrow, lol. Her kids love how I do those. 🙂

I’m also on gravy and broccoli rabe duty. Oh, and dinner rolls. I’ve gotten good at making those. I love cooking and baking. So therapeutic and rewarding.

Making food for those you love is awesome. I wish I could give you all some. XO

Tommorrow is just my adult children and MIL. Sunday may be the day I could use this info as were going to my Wife’s sisters house for a late TG dinner. She’s as R as they come. But she usually don’t say much to me, She didn’t like my bumper sticker from 2016 “Nope and Noper” either.

There will be only one R there today. He’s also the loudest of everyone. 😉

We’re used to dealing with him though. I’ve learned ways of diverting him when necessary, which usually works.

yep I was Bernie all the way

Me too. From the day Bernie announced.

Where did you get that one? I would have loved it, and I worked the Bernster’s campaign. Talk about 2 rotten lowlifes. BAH! 🙁

I found it online just after the primary’s were over, put a sign in the front yard and a bumper sticker on the car got a few thumbs up and a couple “birds” as well. Being in a R neighborhood I was expecting more flack but got none -very surprised

Thanks for the thread! Have a great Thanksgiving everyone!

HAPPY TURKEY DAY, mags and wi59!! Capt. HT is planning on grilling the bird today. We’ll see as it’s raining off and on here in Tourist-trapville. He and I were born into small families, so we did all the family biggies in our youth. 🙂 I’m a NFL fan but don’t know iffen I’ll watch the ballgames today. Politics will be discussed but he’s a diehard yellow dog democrat, and I’m the lefty futurist. 🙂 mags, I wish I was at your house–gourmet goodies. Thanks for your nice words about my writing BTW. Here’s wishing a stuffed-to-the-gills and safe, peaceful holiday to all fellow TPWers and lurkers!! Over and out!

Grilling! Will you use a sauce at some point?

I used to watch some football but I don’t really know what’s going on these days.

I still don’t like the Patriots though, lol. I think it’s Brady that puts me off mostly, and their coach is entirely unlikeable as well.

It seems like there’ve been a lot of bad hits this year on quarterbacks. I saw one what-looked-to-me-illegal helmet to helmet hit recently where I couldn’t believe the guy who hit the quarterback wasn’t immediately ejected from the game! And not because the guy he hit was the quarterback, because of how dangerous the hit was.

The backlash is building over the plan to gut net neutrality