Skip to toolbar
↓
Home→Activism→Justice Democrats Have Huge Success in first 48 hours, over 50K people have signed up at JusticeDemocrats.com, nearly $200K was donated and 950 candidates were nominated (by themselves or others) to run for office. 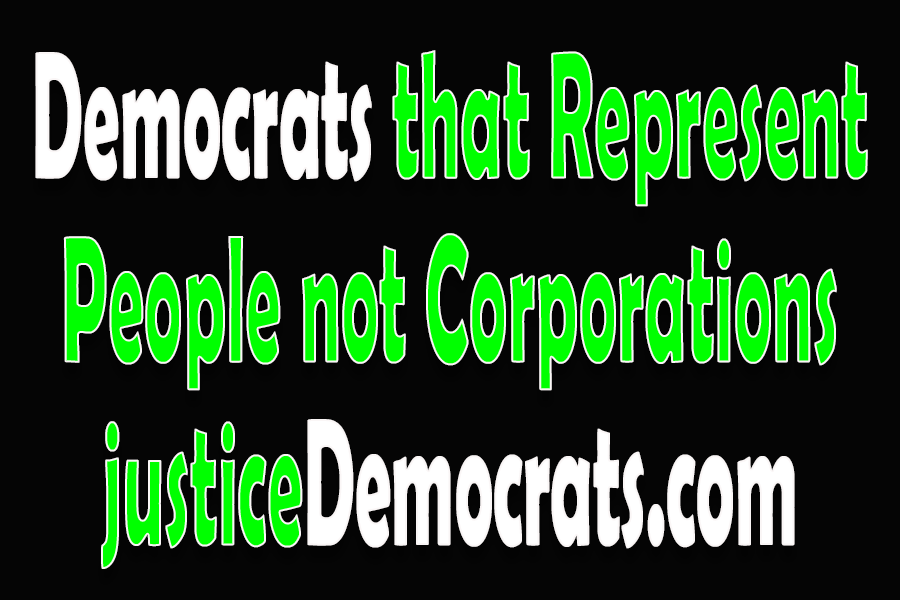 Some Background in case not everyone knows what they are doing so far:

Some background and info on Justice Democrats, their successes so far, 16 min YouTube Video by Kyle Kulinski (in the Young Turks media group? Note: Kyle has 457,346 subscribers • and 282,266,020 YouTube views )   https://www.youtube.com/user/TheYoungTurks

“The aim in 2018 is to put a significant number of Justice Democrats in the Congress. The aim for 2020 is to more significantly take over the Democratic Party,” Uygur said. “If they’re going to continue to be corporate Democrats, that’s doomed for failure for the rest of time.”

Justice Democrats cohered after the 2016 election, when Uygur began talking to veterans of the presidential campaign of Sen. Bernie Sanders (I-Vt.) about ways to challenge Democrats from the left. The Justice Democrats project counts Saikat Chakrabarti and Zack Exley, two tech veterans of the Sanders campaign, among its founders; their first goal was to provide the infrastructure and resources for progressives who wanted to challenge “corporate Democrats.”

Two Near and Dear Issues for me From Their Platform

Ensure universal healthcare as a right. The United States should catch up to every other modern nation and implement a single-payer, medicare-for-all system. There’s no reason we can’t be #1 in the world instead of #37. It’s time to end the destruction of American healthcare by rapacious, price gouging, for-profit, private health insurance middlemen.

Ensure universal education as a right. Educating the citizenry of a nation pays dividends in the long run, with the economy getting back much more than is initially put in. Crushing student debt for higher education would no longer burden young men and women trying to improve their lives through hard work. We should strive to have the best education system in the world

Note: Huge Results: In their first 48 hrs, over 50K people have signed up at JusticeDemocrats.com, nearly $200K was donated & 950 candidates nominated themselves or others to run for office.

Update: Kyle Kulinski (in the Young Turks media group and in the video really speaks clearly and concisely and interestingly — i had never heard of him until today —

Thanks for your thorough introduction of the newly formed Justice Democrats.

With all the bizarre antics of Trump in the past week, Congressional Republicans could be a hard time in 2018. We should be ready to replace them with Real Democrats unlike those that are there now.

Thanks for this info and the links. I took advantage, of them, signed up, and donated