Skip to toolbar
↓
Home→Uncategorized→Nothing to see here. Move along!

Today the US opened its embassy in Jerusalem. 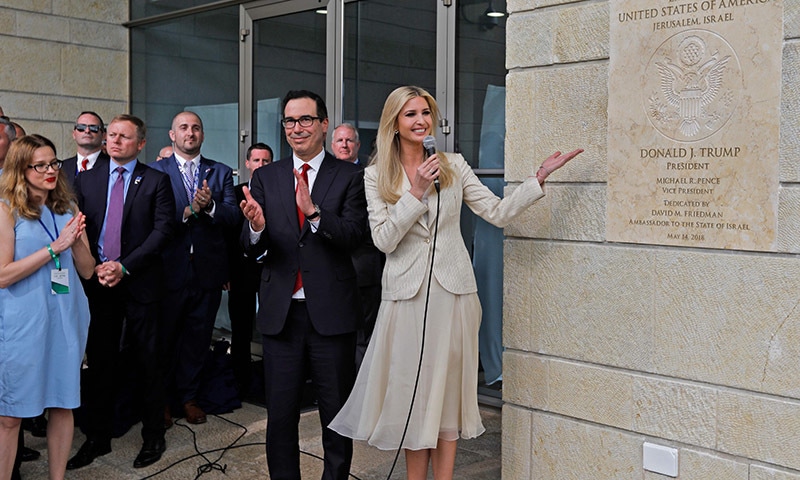 Where are the White Helmets when you need them? 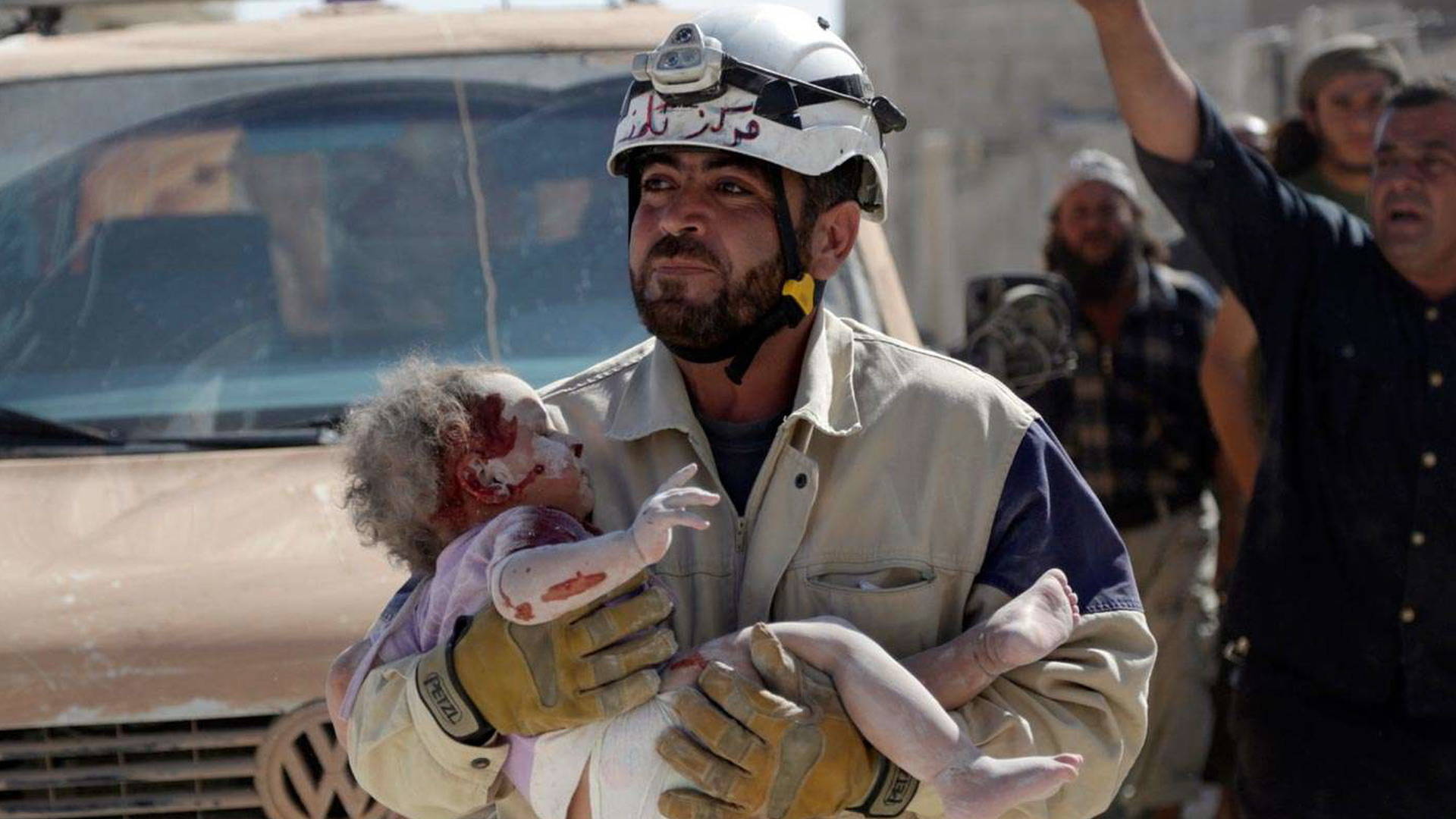 ( sarcasm intended as I have no use for the White Helmets)

At least 52 Palestinians were killed on Monday in Gaza and more than 2,410 others wounded as the Israeli army fired live ammunition, tear gas and firebombs at protesters assembled along several points near the fence with Israel.

The demonstrations, which coincided with protests against the opening of the US embassy in Jerusalem, are part of a weeks-long protest calling for the right of return for Palestinian refugees to the areas they were forcibly expelled from in 1948.

Since the protests began on March 30, Israeli forces have killed at least 90 Palestinians in the coastal enclave and wounded close to 10,500 people.

I will add a bit more in the comment section

Most western media outlets have become quite skilled – through years of practice – at writing headlines and describing Israeli massacres using the passive tense so as to hide the culprit. But the all-time champion has long been, and remains, the New York Times. #HaveDied https://t.co/rNkdz4yA5c

Dozens of Palestinians have died in protests as the U.S. prepares to open its Jerusalem Embassy https://t.co/2E3VDG1HMd pic.twitter.com/lMPVH2hUIs

Not a word about the unarmed Palestinian protesters being slaughted by the Israeli military (needless to say). Just praise for Trump's provocative, stupid move that serves the interets of nobody other than the Israeli Government and various religious fanatics in Israel & the US: https://t.co/Go9UmEERXy

The opening of the US Embassy in Jerusalem took place against the backdrop of increased demonstrations in Gaza connected to the #GreatReturnMarch. Israeli soldiers have killed dozens & wounded over 2,000. Get updates here: https://t.co/hMoc2DikQl pic.twitter.com/p8zKUqRFS6

White House Deputy Press Secretary Raj Shah said Monday afternoon that reports of Palestinians being killed at the Gaza border are a “propaganda attempt” and that Hamas is responsible for the bloodshed. “Look…this is a gruesome & unfortunate propaganda attempt. I think the Israeli government has spent weeks trying to handle this without violence, and we find it very unfortunate,” Shah said at a press briefing. “Again, we believe Hamas is responsible.”

I’m reading that those murdered by Israel today is up to 55 people now, 6 of them under 18 years old, and 2,771 people injured.

Here is one of those killed today, a young woman:

Alaa Asad Al Swafari, a 26 year old peaceful demonstrator, was shot by an Israeli Sniper in the East of Gaza today.

Latest update from Min. of Health in occupied Gaza Strip.

– 40 of the injured are in critical conditionhttps://t.co/vuk8YPdRyt

stupid “Hamas violence” qualifier aside at least someone of major standing in the Democratic Party caucus said something https://t.co/XxizKGPDSc

Over 50 killed in Gaza today and 2,000 wounded, on top of the 41 killed and more than 9,000 wounded over the past weeks. This is a staggering toll. Hamas violence does not justify Israel firing on unarmed protesters.

Thanks for keeping us up to date on these horrific developments humphrey. I don’t know whether to be more awed by the bravery of the Palestinian people here, or appalled at the barbarism being tacitly supported in this country, even by Democrats.

It’s all so gross. I fear blowback.

(Pictures taken at the same time this afternoon) pic.twitter.com/0ySzaGjQC9

“In a long overdue move, we have moved our embassy to Jerusalem,” Schumer said in a statement. “Every nation should have the right to choose its capital. I sponsored legislation to do this two decades ago, and I applaud President Trump for doing it.”

He has to go! What leaders the Democrats have.

Not rare at all—Schumer has praised Trumps sanctions on Iran, his bombing of Syrian govt (twice) and has been cheerleading his Israel policy from day one. It’s almost as if there’s almost total bipartisan consensus when it comes to core axioms of US foreign policy. https://t.co/MRWWTyoQc3

Not what I would consider actual world leaders were in attendance. 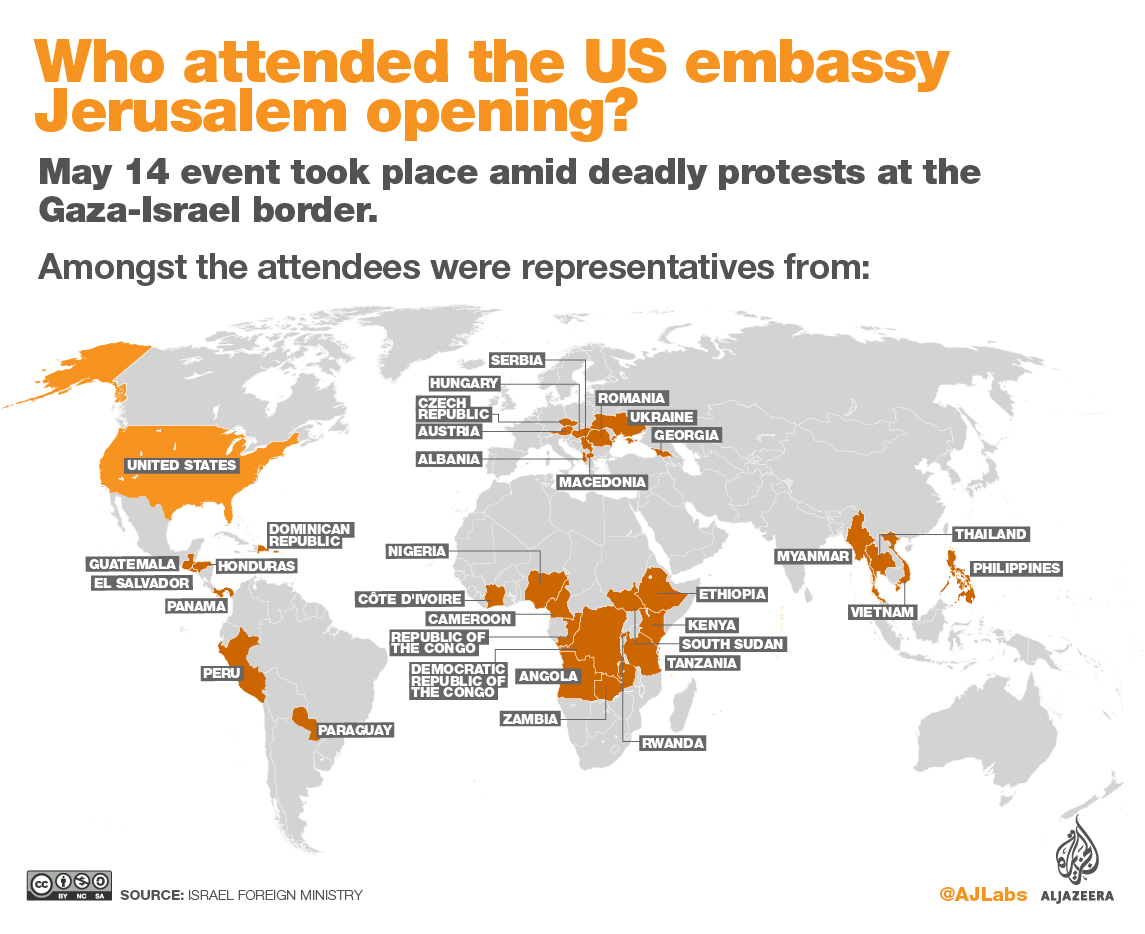 I doubt that Washington gets the message!

You can’t make this up

Slate’s Ruth Graham wrote Monday morning about Robert Jeffress, a prominent Dallas pastor who was invited to speak at the opening of the U.S.’ extremely controversial new embassy in Jerusalem despite having noted that he believes Jews will suffer for eternity in hell. Jeffress wasn’t the only evangelical figure in attendance the event, though—and in fact, he didn’t even have the hottest take on Judaism of the two who were there. Here’s CNN on San Antonio pastor John Hagee, the founder of Christians United for Israel, who delivered a benediction at the new embassy Monday:

Audio from one of Hagee’s sermons in the 1990s was leaked that seemed to suggest that Adolf Hitler had been fulfilling God’s will by aiding the desire of Jews to return to Israel in accordance with biblical prophecy.

“God says in Jeremiah 16: ‘Behold, I will bring them the Jewish people again unto their land that I gave to their fathers. … Behold, I will send for many fishers, and after will I send for many hunters,’” Hagee said, according to a transcript of his sermon. “’And they the hunters shall hunt them.’ That would be the Jews. … Then God sent a hunter. A hunter is someone who comes with a gun and he forces you. Hitler was a hunter.”

I guess they are preparing for “The Second Coming”.

The U.S. decision to shift its embassy in Israel from Tel Aviv to Jerusalem will make the Middle East a more dangerous place, according to Prince Turki Al-Faisal of Saudi Arabia.

“America has stood for rule of law, for justice, for respect of international agreements…and now we see all of that being pushed aside for the sake of internal political calculations,” Al-Faisal, a former chief of Saudi Arabia’s intelligence agency, told CNBC’s Hadley Gamble on Monday.

“It’s not a step that will bring peace to Palestine or the Middle East, “he said.

The Republic of Turkey has formally recalled the Ambassadors of the United States and “Israel” to Ankara over today’s regime instigated massacre of over 55 Palestinian protesters and the wounding of nearly 2,000, many of whom will likely die due to the severity of their wounds and a lack of adequate medical supplies in Gaza.

Shifa Hospital alone is now trying to manage some 400 wounded. This cannot continue. Health system in #Gaza is on the verge of collapse. pic.twitter.com/DohEGzQmwV

#BREAKING 'Israel is a terrorist state,' says Turkish president after 55 Palestinians are killed in Gaza

It looks like Egypt may be trying to help:

The Ministry of Health extends its thanks and appreciation to His Excellency the Minister of Health of the brotherly Arab Republic of Egypt, Dr. Ahmed Imad al-Din on his urgent and estimated response to save the lives of the wounded in the Gaza Strip, open Egyptian hospitals to receive the wounded and provide emergency medical supplies and medicines to hospitals in the Gaza Strip.

The top Senate Democrat, everyone. Over 40 Palestinians have been slaughtered today by Israelis & Chuck is busy applauding Trump. https://t.co/bY2fKBAnkH

“Today, on the eve of Palestinians’ commemoration of the Nakba, the displacement and dispossession of hundreds of thousands of Palestinians 70 years ago from their homes and towns, the United States has chosen to reward the illegal annexation of occupied territory by moving its embassy and recognizing unified Jerusalem as Israel’s capital.

“The Trump administration may portray this action as simply hauling desks from one building to another. But in reality this move intentionally undermines Palestinian rights and in effect condones decades of violations by Israel, including the creation of illegal settlements, which constitute war crimes.

“As Israel’s main supplier of military equipment and technology, the U.S. must finally realize that it is fueling serious human rights abuses and consistently allowing Israeli authorities to remain unaccountable for their actions.

“Rather than showing contempt for international law yet again, the U.S. must take concrete steps to stop the delivery of arms and military equipment to Israel, and demand independent, impartial investigations into reports of violations.”

Is the bribery investigation of Netanyaboob still continuing? That Nixon clone Israeli piece of trash will do all he can to keep the Israeli people distracted from the scandal. Just like here. Israel elected him twice even after he was kicked out of office for bribery. Their people have nothing to brag about–they are just as dumb and gullible as the yahoos here. If the Orange Swamp Thing’s cabal of malignant garbage doesn’t get the American people out to vote in November, nothing short of a bloody violent revolt will do it. I have dreaded that happening for years. T and R, humphrey!!