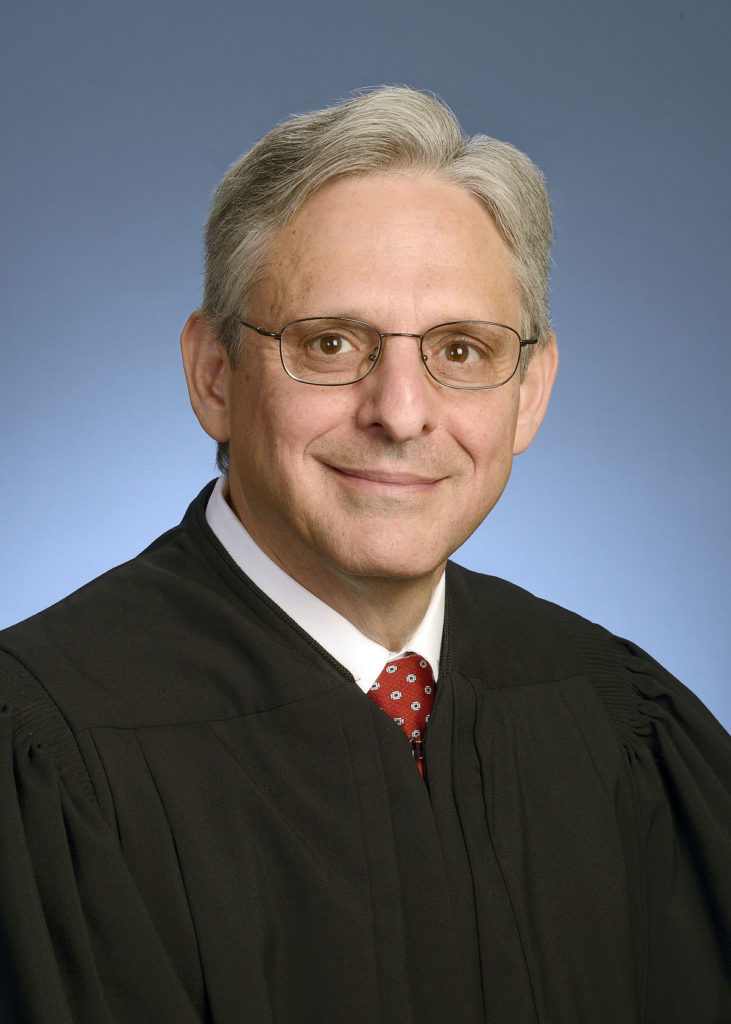 Merrick Garland, an eminently qualified judge, was nominated by Barack Obama to the Supreme Court. For weeks afterwards, Republican senators responsible for considering the nomination refused to meet with him. Some of them slink out of their offices in the Senate to avoid the visiting judge.

Several eventually do meet him after being shamed, but refuse to discuss confirmation hearings and restrict conversations to pleasantries. They work in lock step to deny Garland a hearing, and deny him the nomination. For the first time in the Republic’s history, a President’s judicial nominee is denied a hearing for 10 months.

As of now, Garland has been waiting, in vain, for more than 170 days, well over the century-old, 125-day record. The prospect is, at best, many months more of waiting.

To sum up events to date, hours after Justice Antonin Scalia’s death last February, Senate Republican leader Mitch McConnell announced that there would be no hearings, no votes, no action whatsoever, on any Supreme Court nomination until the American people got to vote on a new president. — www.npr.org/…

The Republican Senate leader maintains strict discipline among his senators, whipping them into line, ensuring not a single one broke ranks.

President Donald Trump nominates a pro-torture war-monger to serve as Secretary of State.

The nominee is Mike Pompeo, who once said Obama had an “affinity” for terrorists like ISIS. He called Hillary Clinton “morally reprehensible” when she was Secretary of State. He liked a tweet calling John Kerry a traitor. He has called Muslim leaders “potentially complicit” in terrorism.

Many Democrats go along as if this is B.A.U. Several senior Democrats voted to confirm said pro-torture war-monger to lead the CIA the previous year, after he said he remained open to waterboarding and other forms of torture that he had previously supported.

The Senate considers the nomination as Democratic activist groups across the spectrum oppose his nomination:

These are extra-ordinary times. At least one Republican senator has pledged to vote against Pompeo’s nomination. This senator sits on the Foreign Relations committee where Pompeo’s hearing is being held. If all Democrats on the committee join the Republican in voting down Pompeo, heis nomination will go to a floor vote. No nominee who has failed to gain majority support in committee has been confirmed in over 40 years.

The senate has only ever rejected nine cabinet level nominees in its entire history. Several observers believe that though Pompeo was confirmed 66-32 to his CIA position, Secretary of State is a different proposition as cabinet position.

In Committee, Pompeo is grilled about his views on Russia, Iran, North Korea, torture and his anti-Muslim bigotry.

“At the State Department, there are too many holes, too many vacancies, too many unfilled positions,” Mr. Pompeo said in one of his many promises to restore the department to its former glory after his predecessor, Rex W. Tillerson, pushed out hundreds of diplomats. The vow was greeted with relief by nearly all on the panel. — www.nytimes.com/…

The senate committee “appear relieved” that a pro-torture, far-right, war-mongering bigot will have the opportunity to pack the State Department with hundreds of supporters.

As the curtain falls on this act, prominent Democrats line up on the stage to publicly declare magical beliefs, such as:

ACT 3: Will Democrats Put Up a Fight?

The Act opens with a jester hopping on stage to address the audience. He wonders whether Democrats are like frogs in a kettle being boiled by Trump. The temperature’s been rising with Tillerson and , it will reach boiling point with Bolton, Pompeo and Haspel. The American public has a tiring habit of “rallying around the president” when we’re at war. And the only thing Pompeo, Bolton and Haspel love more than harassing black/brown people at home is bombing black/brown people abroad.

Martial music is piped through the theater.

The Jester says he spoke with the nominee, and…

Maniacal laughter from the rafters, interspersed with screams.


In Act 1, we saw that Mitch McConnell, Republican leader of Kentucky. Kentucky is a red state, it last had a Democratic senator in 1999. McConnell whipped his entire party to deny an eminently qualified supreme court candidate a confirmation hearing. He used all his power to ensure someone he mildly opposed ideologically didn’t stand a chance to win a supreme court seat.

In Act 3, we see Democratic senate leader Chuck Schumer of New York. New York is a blue state, it last had a Republican representing it in the Senate in 1999. Schumer voted to confirm Pompeo as CIA Director a year prior. Schumer is happy to tell the press that he is not “at this moment” asking Democratic senators to oppose the nomination of pro-torture war-monger Mike Pompeo.

Stay tuned to see what happens next!

as empire collapses, will dems stand up

not this time is my guess

still dreams of running the world with the war machine

imperialism attempted but not working out

Top 5 Lessons from the History of America’s Defeats

T and R for the very clever satire, Subir! 🙂 The whole situation is pathetic, tho.

The quoted Senators are part of the usual gang: Cardin, Murphy, Schumer.

The only reason we aren’t hearing quotes from Feinstein is that she is fleeing left to try to save her skin these days (we won’t be bamboozled, hopefully we can vote her out in November). Hope the voters in Maryland, Connecticut, and New York can do the same to the snakes in their midst.

A quote from Rambo III sadly America has been added to the list and it doesn’t bother most R’s.

“Mousa: This is Afghanistan… Alexander the Great try to conquer this country… then Genghis Khan, then the British. Now Russia.(Add America) But Afghan people fight hard, they never be defeated. Ancient enemy make prayer about these people… you wish to hear?
Rambo: Um-hum.
Mousa: Very good. It says, ‘May God deliver us from the venom of the Cobra, teeth of the tiger, and the vengeance of the Afghan.’ Understand what this means?
Rambo: That you guys don’t take any shit?
Mousa: Yes… something like this.”

Our politicians haven’t learned a Damn thing from history concerning insurrection responses to invasions by the “Superpowers of History” that are not wanted in “their country”. As long as the MIC owns the Neolibcons and that we have a volunteer armed forces we will go merrily along with these “brush wars” no matter the human cost. The “Vietnam conflict” put an end to the draft and a very temporary end to the “brush wars”. But was it simply replaced by a economic draft(poor Americans) or even a racial one?