Skip to toolbar
↓
Home→Activism→Black Lives Matter→So..about that “DailyNos” post that is still pissing a lot of POC off

Perhaps you heard about a post on Daily Kos a few days ago that basically went viral on twitter:

Uh oh, “unknowingly”? Black activists needed Russian trolls to tell them that something needs to be done??

It’s also deeply disturbing because it shows the lengths that the Russians are willing to go to in order to wreak havoc in our country. And mainly, it’s infuriating because it shows how black people are once again victimized—even by countries we don’t necessarily live in. As Conrad  James said, its “angering,” adding, “they were using black culture here in America as a springboard for a divisive tactic and strategy.”

The comments at DK are, sadly, predictable (nowadays),  and not even worth sampling.

But, on Twitter many received this ‘news’ very differently.

Benjamin Dixon has been VERY vocal about this (he’s the one who uses DailyNos), and relates how the piece has had some very real negative effects:

Black People Are Losing Their Jobs and Being Blacklisted As Russian Trolls: https://t.co/BC1tVVSYsV via @YouTube

Anoa is also very upset by this:

And Glenn Greenwald couldn’t help but notice the brouhaha:

Relatedly, as @BenjaminPDixon also notes, the J. Edgar Hoover dream of depicting black activism in the US as a Moscow plot is now fulfilled pic.twitter.com/R6TqvPyG4Q

Turns out black activists don’t appreciate their efforts being portrayed simply as being the result of unwitting pawns of Russia.

Hopefully there will more care taken towards our black brothers and sisters in their struggles towards justice, and hopefully all progressives will step up and take their very real concerns seriously.

I realize that the writer of that DK piece is a WOC. I will look around to hear if she has reacted to what many considered a bad ‘take’. She deserves her chance for a rebuttal.

Thanks for bring this to my attention. I really don’t follow what they are doing. Between this and previous tweets by its owner they are speeding their way to irrelevancy. The inmates are still running that asylum.

He is white but still has an opinion on this.

It never ceases to amaze that people now think "division" in the US is a phenomenon imposed by nefarious foreigners https://t.co/oGHRdbcQaa

How Russians Attempted To Use Instagram To Influence Native Americans

Notice how the, what I now consider evil Daily Beast (apropos name!), twitter headline uses the ‘this happened’ style of writing:

while the actual article uses the words “Attempted To Use”. So deceptive!

But for Russian trolls, the protests were another opportunity to sow discord in America — one of a series of social movements, from Black Lives Matter activism to pro-Trump populism, on which trolls appear to have seized.

It’s cynical manipulation to the max for neolibs/centrists to use very-much-urgently-fought protests to cast shade on Russia, and by way of association, all POC including indigenous activists.

I guess it wasn’t enough erasing #BLM, now you have to take it there and erase Native Americans, protect police *and* oil companies. #NoDAPL

Everyone is at fault for Hiliary losing the election except her and the corporate Dems.

"We're going to fight for healthcare for all." @BernieSanders in Somerville pic.twitter.com/WTUjNTn4GJ

Was that to the overflow?

Hundreds of people lined up to hear Sanders speak. Many could not get inside and heard an impromptu speech outside the building.

The Vermont senator then went inside and stumped for local candidates in Somerville and Cambridge.

His legions of supporters were energized to greet him at an Our Revolution rally at the venue called Once in Somerville.

Not to belittle the matter sometimes a bit of humor helps. 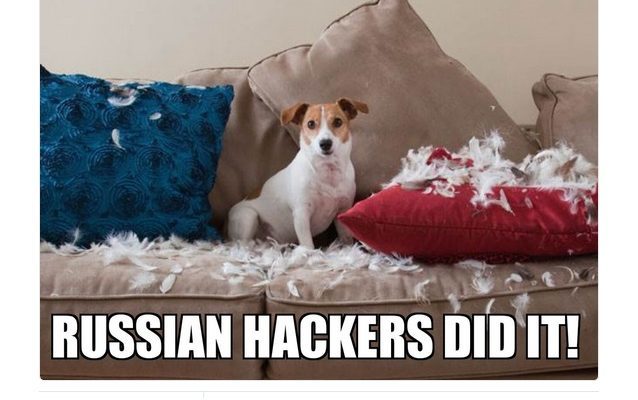 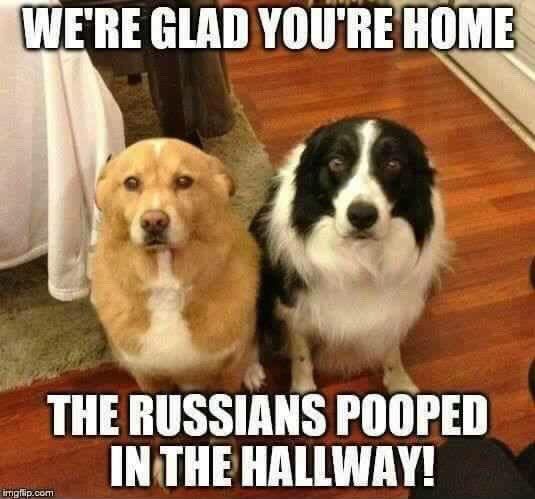 wow. thanks for bringing this to our attention. t&r, mags.

How to End Crony Capitalism

Reich is helpful, most of the time.

A number of Trump voters told me they voted for him because they wanted someone who’d shake up Washington, drain the swamp, and get rid of crony capitalism. They saw Hillary Clinton as part of the problem.

These people aren’t white nationalists. They’re decent folks who just want a government that’s not of, by, and for the moneyed interests.

Many are now suffering buyer’s remorse. They recognize Trump has sold his administration to corporate lobbyists and Wall Street. “He conned us,” was the most polite response I heard.

The big money that’s taken over American politics in recent years has created the biggest political backlash in postwar American history – inside both parties.

It’s splitting the Republican Party between its large corporate patrons and a base that detests big corporations and Wall Street. …

Heres’a wild idea. What if the anti-establishment wings of both parties came together in a pro-democracy coalition to get big money out of politics?

My bold. Caitlin’s been pushing for just this for a while, now.