The end of net neutrality would be a disaster for our country and the free flow of ideas. But this fight is not over. Here’s what’s at stake and how we can save net neutrality: 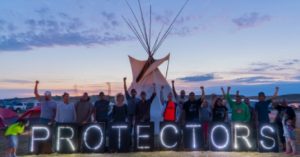 Louisiana State Court Declares Bayou Bridge Pipeline Permit Illegal A Louisiana judge recently ruled that the state regulators violated guidelines when it issued Energy Transfer Partners’ controversial Bayou Bridge pipeline a coastal use permit. The permit was issued for the last 18-mile stretch of the fracked oil pipeline that would have run through the riverside town of St. James Parish, where dozens of refineries and industrial facilities are already fueling a public health crisis in the mostly African-American community. The proposed 162-mile Bayou Bridge pipeline would connect the contentious Dakota Access Pipeline to the Gulf of Mexico. As noted by … END_OF_DOCUMENT_TOKEN_TO_BE_REPLACED

At White House Lie-In, Teens Call on Congress to ‘Protect Kids, Not Guns’

Building on the nationwide mourning and outrage that followed a Florida school shooting last week that left 17 people dead, dozens of teenagers held a “lie-in” at the gates of the White House on Monday to protest years of congressional inaction on gun control and highlight the National Rifle Association’s pernicious influence on the political process.

The demonstration began with protesters—many of them from the group Teens for Gun Reform (TGR), which organized the event—lying on the ground in front of the White House for several minutes, symbolizing “how quickly someone, such as the Parkland shooter, is able to purchase a gun in America.”

“We have organized this protest in solidarity with all of those who were affected by the horrific school shooting in Florida,” TGR said in a statement. “We call on President Trump and leaders from both parties to finally act in the interest of America’s youth and end these tragic mass shootings. It is imperative that American children are safe in their classrooms, churches, malls, movie theaters, and streets.”

Hoisting signs that read “NRA: There Is Blood on Your Hands” and “Protect Kids, Not Guns,” demonstrators also directed “Shame on you!” chants at the White House.

But President Donald Trump—whose speech in the aftermath of the Florida shooting didn’t mention guns once—was not in the White House to hear the chants or listen to the protesters’ demands, as he spent President’s Day playing golf at his club in West Palm Beach, Florida.

We should lower the voting age to 16!

The students I teach are more than capable of understanding the issues. They deserve to have their voices heard to demand gun reform, action on climate change, and policies to make college more affordable. https://t.co/4LwNdjsl1V

“The Time Is Now”: Marjory Stoneman Douglas High Students to Take to Streets of Washington

Among growing calls for gun control legislation, students who survived the mass shooting at Marjory Stoneman Douglas High School continue to deliver some of the most powerful statements in the wake of the tragedy, and on Sunday a group of them declared that “now is the time for us to stand up” and announced plans for a march in Washington, D.C.

The students, Jaclyn Corin, Emma Gonzalez, David Hogg, Cameron Kasky, and Alex Wind, made the statements to NBC’s “Meet the Press” and CNN’s “State of the Union.”

Gonzalez, who on Saturday gave a moving speech that went viral, told NBC, “This is our opportunity to talk to President Trump, Gov. Rick Scott, and state [sic] Senator Marco Rubio to make sure that they know we are talking directly to them and all other members of the United States government that are being funded by the NRA to tell them now is the time to get on the right side of this.”

A call to action for the March 24 event, March For Our Lives, declares, “It doesn’t have to be this way…Refuse to allow one more needless death.”

“March For Our Lives,” its mission statement explains, “is created by, inspired by, and led by students across the country who will no longer risk their lives waiting for someone else to take action to stop the epidemic of mass school shootings that has become all too familiar. In the tragic wake of the seventeen lives brutally cut short in Florida, politicians are telling us that now is not the time to talk about guns. March For Our Lives believes the time is now.”

“The mission and focus of March For Our Lives,” it adds, “is to demand that a comprehensive and effective bill be immediately brought before Congress to address these gun issues.”

It’s prominent today in the national political spectrum: right-wing ideologues increasingly portray American immigrants, especially those who are undocumented, as the people responsible for U.S. society’s problems. From violence to narcotics to unemployment, immigrant communities should be held accountable for all of these things, according to contemporary conservative rhetoric.

Less often does American media spotlight the contributions of immigrants like Gisele Barreto Fetterman, who grew up in the U.S. undocumented after fleeing Brazil with her family as a child. Her life’s work, which is based on kindness and giving, stands as a challenge to the vile stereotypes spewed by right-wing commentators.

Now, there is a chance she will be able to further this challenge as the next second lady of Pennsylvania.

Gisele’s husband, John Fetterman, with whom she has three young children, announced earlier this month that he is running to become lieutenant governor of Pennsylvania in 2018. As the mayor of Braddock, an economically depleted community just east of Pittsburgh, John’s efforts to revitalize the once-thriving steel town over the past 12 years have garnered national attention.

While her husband has worked to make Braddock a safer, more prosperous place to live, Gisele has established herself as a strong community leader and respected activist in Western Pennsylvania. In 2012, she founded the Free Store, an entirely volunteer-driven organization that receives surplus and donated goods then redistributes them at no cost to neighbors in need. Since opening the first Free Store in Braddock, the concept has expanded to nine other locations in Pennsylvania.

Like her husband, she is hoping to use her potential role as second lady to broaden her own platform, expanding the philanthropic initiatives that she has spearheaded. For Gisele, being a formerly undocumented immigrant in such a public position would also be accompanied with a certain meaning.

“It’s sending a message to every immigrant in this country that we belong here too and we’re a part of this, and we love our country just as much as anyone else does,” Gisele said during an interview with AL DÍA. “It would be amazing to be able to represent that.”

LaVaughn Williams is a former felon who voted for the first time in Virginia today. Listen to her talk about the power of the ballot pic.twitter.com/wQWjTXeSn4

“Just bubbling in those little bubbles” on the ballot, says LaVaughn Williams (featured in the above video recorded by Sam Levine of HuffPost), “gave me such a sense of power and excitement. I can’t explain the feeling that I feel right now. I’m just so elated and I hope that my vote makes a difference!”

Tuesday’s election for governor in Virginia is the second chance for as many as 168,000 people like Williams. These Virginians had their voting rights taken away for life, automatically, because they were convicted of a felony — then had them restored under current Gov. Terry McAuliffe, and now have a chance to vote for his successor.

HuffPost’s Levine has been posting Twitter videos of people who’ve voted Tuesday for the first time in decades, or ever. “I never thought that I would be in this situation right now,” Williams told him. “If you had asked me two years ago, I would have said no, I would never vote. But once I got those rights back, once I got that letter stating that I could vote, I made it my duty to be here.”

I mean, amazing. pic.twitter.com/wmmCmUCDT6 — Adrian Carrasquillo (@Carrasquillo) February 28, 2017 I just had to share that tweet with Bernie verily amused! 😀 Also this tweet is also Bernielicious: This speech is crashing our servers right now https://t.co/IzUvVw6lDb — Haaretz.com (@haaretzcom) February 28, 2017 Did my heart good it did. READ IN FULL: Bernie Sanders’ Speech on Israel, Trump and anti-Semitism at J Street Conference Thank you for inviting me to address you here today. It’s a pleasure to be here with J Street, which has been such a strong voice for saner, more progressive foreign policy ideas. And I … END_OF_DOCUMENT_TOKEN_TO_BE_REPLACED 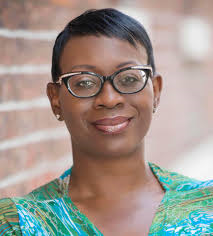 From Cleveland.Com Times are hard, but I’ve never been more fired up to fight for the dreams of average people. I have seen firsthand what can happen when ordinary people take a stand for fairness and inclusion and against hate and division. Last week’s shocking wave of violence reminded me of the challenges our nation continues to face. As the mother of an African-American police officer, the tragic deaths of Alton Sterling, Philando Castile, and the five Dallas police officers struck me at the core of my soul. Any one of those young men could have been my son. In … END_OF_DOCUMENT_TOKEN_TO_BE_REPLACED