President Obama visited my town today in Central Illinois as he was receiving a meritorious award on ethics from an institute at the University of Illinois. I was not among the 1300 who drew from a lottery and got to see him in person, but I did watch parts of the livestream. He started out with broad themes of the political climate, such as civil rights, women’s and LGBT rights. But what I didn’t expect was this: From the Hill: “Democrats aren’t just running on good, old ideas like a higher minimum wage. They’re running on good, new ideas like … END_OF_DOCUMENT_TOKEN_TO_BE_REPLACED 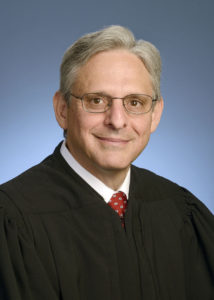 ACT 1: Washington DC, United States Senate early 2016 Merrick Garland, an eminently qualified judge, was nominated by Barack Obama to the Supreme Court. For weeks afterwards, Republican senators responsible for considering the nomination refused to meet with him. Some of them slink out of their offices in the Senate to avoid the visiting judge. Several eventually do meet him after being shamed, but refuse to discuss confirmation hearings and restrict conversations to pleasantries. They work in lock step to deny Garland a hearing, and deny him the nomination. For the first time in the Republic’s history, a President’s judicial nominee is denied … END_OF_DOCUMENT_TOKEN_TO_BE_REPLACED

This week, Hannity and Hume rushed to tell us that colluding with Putin to subvert the results of an American election is entirely legal. The National Review thinks evidence of collusion would be “an enormous calamity” for Trump and lead to impeachment if Democrats win Congress. But, they don’t think there’s anything wrong about collusion, they just think it’s a “dead-end” argument to talk about legality. Let’s set aside, for a moment, all the state, federal or campaign finance laws that might have been broken. Or even the Foreign Agents Registration Act. Let’s set aside the fact that Trump asked for help from “Russia, if … END_OF_DOCUMENT_TOKEN_TO_BE_REPLACED

We’ve had four House special elections this year. Democrats have lost all four. All four were tough races to replace Republicans from very safe districts who were appointed to posts within the Trump administration. In 2016, the Republicans were all incumbents, and their Democratic challengers were: Mike Pompeo (60.7%) won against Daniel Giroux (29.6%) in KS-4 Ryan Zinke (56.2%) won against Denise Juneau (40.5%) in MT-AL Tom Price (61.7%) won against Rodney Stooksbury (38.3%) in GA-06 Mick Mulvaney (59.2%) won against Fran Person (38.7%) in SC-05 In KS-04, an Independent and a Libertarian won almost 10% of the vote in 2016. First for the good news, … END_OF_DOCUMENT_TOKEN_TO_BE_REPLACED

We have been at war in Afghanistan for almost 16 years now, and for much of that time, it’s been two steps forward and three steps back. This week, we went three steps back as ISIS captured the mountain fortress of Tora Bora. The ISIS forces in Afghanistan include the remnants of Al-Qaeda. Tora Bora is where Bin-Laden went immediately after 9/11. It’s a large complex with miles of tunnels, roads and caves dug into granite mountains. If you think this is only two steps back, recall that Tora Bora was originally built with funding from the CIA. The CIA helped build this … END_OF_DOCUMENT_TOKEN_TO_BE_REPLACED

Obama remains enormously popular on the left, but he has nonetheless come under fire from progressives who are angered by his decision to accept $400,000 from financial services firm Cantor Fitzgerald for a speech at a healthcare conference in September.

The issue has renewed tensions between liberals and mainstream Democrats that emerged during the bitter 2016 primary contest between former Secretary of State Hillary Clinton and Sen. Bernie Sanders (I-Vt.), who campaigned hard against the influence of money in politics.

Sanders and Sen. Elizabeth Warren (D-Mass.) have both registered their disappointment with Obama, showing that not even the most revered Democrat in the country can escape the populist wrath.

Turner said that money in politics will be a bellwether issue for liberal candidates in 2018 and beyond as emboldened progressives look to build on Sanders’s insurgent campaign.

“President Obama may not be in politics anymore, but he’s very much a symbol of what Democrats stand for, and so people are disappointed by this,” Turner said.

Ex-DNC chair to Warren and Sanders: Mind your own business

The former chairwoman of the Democratic National Committee came out swinging Tuesday night in defense of former President Barack Obama’s plan to accept $400,000 for a speech to Wall Street in September, urging critics such as Sen. Bernie Sanders and Sen. Elizabeth Warren to mind their own business.

After being shown both criticisms during an interview on CNN’s “Erin Burnett OutFront,” Rep. Debbie Wasserman Schultz fired back that “it is none of anyone’s business what someone who is a member of the private sector decides to accept in terms of compensation.”

Wasserman Schultz said that Obama and Clinton, who also faced criticism for paid speeches to Wall Street, both have “pristine” public records. “They both fought back against the big banks, and their practices, and I have every confidence in the service they both provided.”

“With all due respect to anyone who chooses to comment publicly on what Barack Obama, Hillary Clinton, or anyone earns as a member of the private sector,” she said, “it’s just, like, MYOB — it’s none of your business.”

"Damn right!" Bernie Sanders fired back when a someone in the crowd yelled "Stop the Dakota Pipeline!" https://t.co/eZBAU1Ial5 pic.twitter.com/Djn4xlqmKP

While President Barack Obama said his administration is willing to let “things play out” for a few more weeks when it comes to the escalating effort by Native American tribes to stop a pipeline in North Dakota, Sen. Bernie Sanders (D-Vt.) offered a distinctly more urgent response on Tuesday by saying “Damn right” the project should be stopped immediately.

Though Sanders has made his opposition to the Dakota Access Pipeline (DAPL) known for months, he reiterated his opposition during a campaign rally on behalf of Hillary Clinton at Plymouth State University on Tuesday.

“Stop the Dakota pipeline!” someone yelled from the crowd during the speech, to which Sanders quickly responded: “Damn right.” He then added: “That is one of the issues, but there are many others.”

Sanders’ strong stance against DAPL—which has become a rallying point for native tribes and climate campaigners—is sharpening the contrast offered by other Democratic leaders—most notably Obama and Clinton.

Following escalating and violent tactics by police against pipeline opponents, who refer to themselves as “water protectors,” Obama told Now This News in a Tuesday interview that while there is an “obligation for authorities to show restraint” against those trying to block the construction, he was willing to let events “play out for several more weeks.”

With construction ongoing, however, tribal members have expressed serious concerns that in several more weeks the project would already be beyond the point of no return.

“From the beginning of this campaign, Secretary Clinton has been clear that she thinks all voices should be heard and all views considered in federal infrastructure projects,” read a statement released by her campaign. “Now, all of the parties involved—including the federal government, the pipeline company and contractors, the state of North Dakota, and the tribes—need to find a path forward that serves the broadest public interest.”

In response, critics said characterized the response as a classic Clintonian “triangulation” and Bill McKibben, co-founder of 350.org, said it was a statement that “literally says nothing. Literally.”

Police in riot gear shot rubber bullets and used pepper spray on demonstrators — who call themselves water protectors — on the shoreline of the Cantapeta Creek, just north of the Standing Rock Sioux Indian Reservation here on Wednesday.

After a few relatively peaceful days at the campground where thousands have gathered to demonstrate against a controversial North Dakota oil pipeline, demonstrators put out calls on social media to “make your way to the river” for a “river action,” but to do so “in prayer.”

Demonstrators on the shoreline prayed, played drums, sang, and waded into the river towards the base of the hill where armed police stood.

It was a “100 percent peaceful protest,” according to activist Erin Schrode, who was shot in the lower back with a rubber bullet while standing on the shoreline opposite police. Schrode had joined others from the camp in solidarity as they prayed on the shoreline.

A confrontation erupted after law enforcement dismantled a wooden bridge that demonstrators constructed to access the sacred site.

More news in the comments below!

Good morning and welcome to TPW! As always I’ll be adding what I’m reading/watching throughout the day in the comments section. Please feel free to add what interests you into the mix if you are not up to writing a post about it (which I encourage everyone to do, even if the materials already been posted in the roundup)!

Barack Obama has suggested the Dakota Access pipeline could be rerouted around sacred Native American lands in comments that are the president’s first on the controversial oil project since police arrested hundreds of indigenous protesters during violent clashes.

After months of pleas from activists in North Dakota to stop construction of a pipeline that the Standing Rock tribe says could contaminate its water supply and threaten its cultural heritage, Obama said in an interview released on Tuesday night that the government was “going to let it play out for several more weeks and determine whether or not this can be resolved in a way that I think is properly attentive to the traditions of the first Americans”.

Asked about the high-profile demonstrations against the $3.8bn pipeline, Obama told news website NowThis: “We’re monitoring this closely and I think as a general rule, my view is that there is a way for us to accommodate sacred lands of Native Americans, and I think that right now the army corps is examining whether there are ways to reroute this pipeline.”

Asked about “shocking footage” showing police firing rubber bullets at protesters, Obama said: “It’s a challenging situation. I think that my general rule when I talk to governors and state and local officials whenever they’re dealing with protests, including for example during the Black Lives Matters protests, is there’s an obligation for protesters to be peaceful and there’s an obligation for authorities to show restraint.”

He continued: “I want to make sure that as everybody is exercising their constitutional rights to be heard, that both sides are refraining from situations that might result in people being hurt.”

His comments comes as a group with the United Nations investigates allegations of human rights abuses after jailed Native Americans said they were held in cages and faced cruel and inhumane treatment behind bars.

Meanwhile, everyday citizens continue to comment on the DAPL in their own ways: