The woman Biden isn’t considering for vice president, but should

If Biden wants to show he’s listening to these [progressive] voters, there’s one name that apparently isn’t on his current vice-presidential shortlist, but should be: Rep. Barbara Lee (D-Calif.).

In her biography alone, Lee brings to the table both an inspirational personal story and years of experience. After suffering a miscarriage at just 16, Lee by age 20 was a single mother to two young boys and living on welfare. Still, she obtained both undergraduate and master’s degrees, at times taking her children to class with her because she could not afford child care. Starting as an intern in the office of former congressman and progressive icon Ron Dellums, Lee worked her way up to become his chief of staff, served eight years in the California state legislature, and in 1998 won a special election to fill the retiring Dellums’s seat. She’s been in the House ever since, including stints chairing the Congressional Progressive Caucus and Congressional Black Caucus.

In choosing Lee, Biden would get a fighter who has the policies to meet the moment. This month, she introduced a bill for a national commission that would “examine the effects of slavery, institutional racism, and discrimination against people of color.” Fifty-six percent of Americans — including 78 percent of Democrats — now support Medicare-for-all, which Lee has backed for years. And her years as “the House’s steadiest advocate for peace” have permanently endeared her to progressive and younger voters and activists.

Her most notable stand on that issue came on Sept. 14, 2001, when Congress voted on President George W. Bush’s request for the authorization of using military force against those the president determined “responsible” for the attack. The resolution’s wording was vague and overbroad, but just three days after the 9/11 terrorist attacks, no one in Washington wanted to be seen as holding up America’s vengeance. No one, that is, except Barbara Lee. Despite appeals from her Democratic colleagues to reconsider, she voted no — the only member of Congress to do so.

In an op-ed at the time, she called the resolution, “a blank check to the president … without regard to our nation’s long-term foreign policy, economic and national security interests, and without time limit.” A conservative columnist called her “anti-American”; angry callers jammed her office lines with death threats. But history has vindicated Lee: Presidents have used the 2001 AUMF — and its 2002 counterpart authorizing the Iraq War — to wage countless conflicts around the world for nearly two decades. Earlier this year, Democrats cited Lee’s stand when restricting Trump’s war powers while tensions with Iran were at new heights, and even some Republicans have voted to rein in the president’s authority.

In a better world, Lee’s prescience would already make her a contender for the bottom of the Democratic ticket. Her foresight contrasts with Biden’s many foreign policy lows, including a vote for the Iraq War and a proposal to federalize Iraq that Iraqis hated. (In no policy area is Biden more fortunate to be facing a complete incompetent.) That Lee isn’t on Biden’s list, while someone like former national security adviser Susan E. Rice is, speaks volumes about the hold the pro-intervention, pro-endless war national security establishment continues to exert over much of our politics.

Some will scoff that choosing Lee is a pointless appeal to the left when the primary’s already won. But Democrats had two problems in 2016: white working-class voters moving from Barack Obama to Trump and many black voters staying home. With Biden at the top of the ticket, Democrats don’t need a vice presidential nominee to appeal to those swing voters as well. What Biden’s pick needs to do is boost turnout among black voters and among younger progressive voters apathetic about Biden. Lee would do both.

Adding Lee to the vice-presidential shortlist would signal that Biden is committed to breaking out of wrongheaded policy consensuses. It could fire up progressive voters who have been lukewarm about the former vice president, and whose turnout will be crucial in the fall. And it would show that he is willing to admit to and learn from past mistakes — a trait as deeply lacking in our leaders as it is sorely needed. 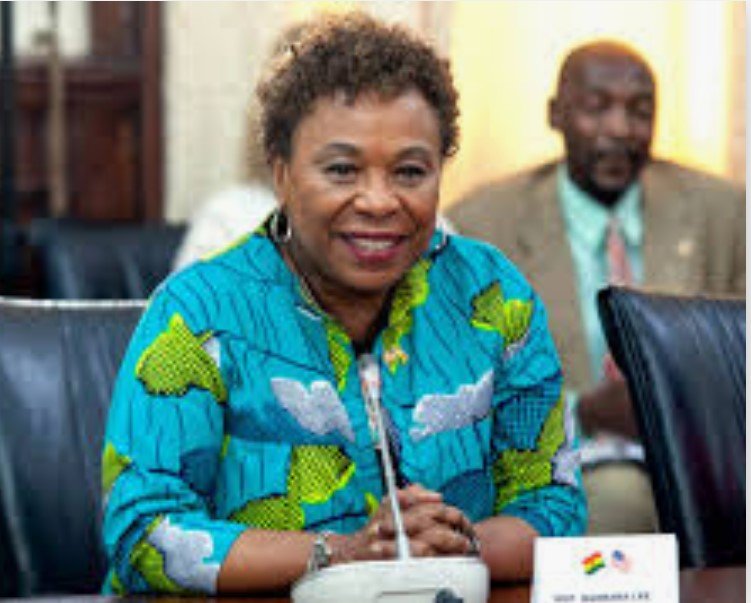 “Of all the forms of inequality, injustice in health care is the most shocking and inhuman.” — Dr. Martin Luther King, Jr. (Chicago, March 25, 1966 — Medical Committee for Human Rights) Rep. Barbara Lee (CA-13), Rep. Robert C. “Bobby” Scott (VA-3) and Rep. Elijah Cummings (MD-7) were all among the original co-sponsors of HR-676 when Conyers first introduced the bill in February 2003. Rep. Maxine Waters (CA-43) joined them in December 2005. Rep. Jim Clyburn (SC-6) signed up as a co-sponsor in April 2008. All five are members of the Congressional Black Caucus. The CBC provides core support for HR-676, 38 out of 47 … END_OF_DOCUMENT_TOKEN_TO_BE_REPLACED

On September 14, 2001 Barbara Lee strode up to the podium and made this speech to explain her vote against the AUMF in Afghanistan. x Rep Barbara Lee was the lone dissenting vote. The AUMF passed 420-1 in the house. We have now been at war in Afghanistan for almost 16 years. Her courageous vote that day echoed Jeanette Rankin’s lone vote against declaring war on Japan and entering World War II. As Lee explained in her speech: “We are not dealing with a conventional war,” she said. “We cannot respond in a conventional manner. I do not want to see this … END_OF_DOCUMENT_TOKEN_TO_BE_REPLACED