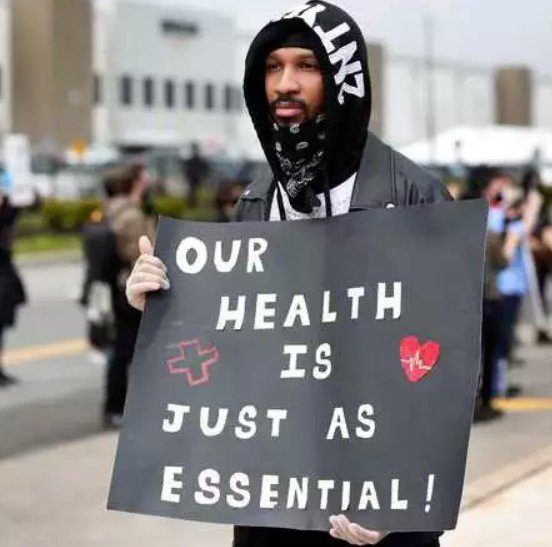 When workers at the Kumho Tire plant in Macon, Ga., petitioned for a union election on Sept. 18, 2017, they thought they were in good shape. Nearly 80 percent of them, 250 total, had signed cards showing support for unionizing. In the lead-up to the vote, management made clear where it stood. “My supervisor would stop me every day and say, ‘How you gonna vote, man? You gotta vote no!’ ” one worker, who remained anonymous out of fear of retaliation, told labor scholar Gordon Lafer. “No question I was going to vote yes, but I couldn’t let them know that, ’cause I was in fear for my job security.” One month later, when the ballots were counted, workers voted 164 to 136 against unionization.

Earlier this month, we saw a more prominent example of this phenomenon, when workers at the Amazon warehouse in Bessemer, Ala., voted by more than 2 to 1 against joining a union. (Amazon chief executive Jeff Bezos owns The Washington Post.) It followed several other high-profile organizing defeats in recent years, including autoworkers at Volkswagen in Tennessee and Nissan in Mississippi, as well as Boeing employees in South Carolina.

Employers publicly interpret these results to suggest that workers simply don’t want unions. “Labor bosses should understand that when workers vote against forming a union, it signifies that the arguments made by organizers were not compelling or persuasive,” Kristen Swearingen, chair of the Coalition for a Democratic Workplace, an anti-union lobby group, said after the Amazon defeat.

The evidence suggests otherwise. Current polling data shows that nearly two-thirds of Americans approve of unions, and nearly half of nonunion workers would vote to join one if given the opportunity. But if unions are so popular, why don’t workers vote for them?

The problem is that union elections today are nothing like the elections we learned about in civics class. We would rightly question the outcome of an election anywhere else if monitors reported that one side was surveilling and interrogating voters, forcing them to attend propaganda meetings denouncing its opponents, restricting the opposition’s ability to campaign, and threatening voters’ livelihood. But all of this is the normal, largely legal course of events for union elections in the United States, where competing parties do not get equal time to make their cases and voters do not have freedom of expression without retaliation. Even when employers cross the line — as they do in more than 40 percent of elections — the penalties are so trivial that it pays to break the law. Given the obstacles, it’s remarkable that unions win as many elections as they do.

Spending millions on anti-union consultants, companies like Amazon, Google and Boeing unleash “union avoidance” campaigns that all follow the same playbook. Even before the election gets underway, employers try to game the outcome in their favor, starting with legal maneuvers to block or delay the vote. They gerrymander the voting district (known as the “bargaining unit”), trying to pack in workers they believe lean anti-union and to carve out those they think are more pro-union. In Amazon’s case, the company insisted that the Bessemer bargaining unit include temporary and seasonal workers, nearly quadrupling its size from 1,500 to 5,800 members.

Meanwhile, management ramps up its anti-union campaign. Supervisors track and surveil workers to suss out union support, often taking them aside for one-on-one interrogations. Employees are subjected to barrages of anti-union texts and phone calls, while management plasters the workplace with “vote no” propaganda — even the bathroom stalls.

Workers are frequently pulled off the job to attend mandatory “captive audience” meetings — a feature of nearly 90 percent of all union elections. As Amazon worker Jennifer Bates testified before the Senate Budget Committee in March about the Bessemer campaign: “We were forced into what they called ‘union education’ meetings. We had no choice but to attend them. They would last for as much as an hour and we’d have to go sometimes several times a week. The company would just hammer on different reasons why the union was bad. And we had to listen. If someone spoke up and disagreed with what the company was saying they would shut the meeting down and told people to go back to work. Then follow up with one-on-one meetings on the floor.”

After one meeting where Bates asked managers some pointed questions, an Amazon official asked to photograph her employee badge. “I think it’s to show you’ll get in trouble for bringing up these types of questions,” she said.

Meanwhile, union supporters have to figure out creative ways to reach workers off the clock to avoid management interference. Union representatives are usually not allowed equal time in captive audience meetings, nor are they typically allowed anywhere on company property. Workers cannot communicate using company email or chat systems. Alternatives include visiting workers at home, although this is more difficult in a pandemic. During the recent Amazon union drive, union supporters tried catching employees driving out of the parking lot at the end of their shifts. In response, Amazon pressured Jefferson County officials to change the timing on the traffic lights, which reduced the time workers had to talk, according to reporting from More Perfect Union.

Faced with management’s intimidation campaigns, many pro-union workers become wary of expressing their support publicly — and not without reason. Research from the pro-labor think tank Economic Policy Institute shows that workers are fired in 1 out of 5 union election campaigns.

Clearly the election process needs to be fixed. But doing so leaves unanswered a more fundamental question: Why are employers allowed to intervene in union elections at all?

Employers argue that they must play a role in the election process to ensure that workers make a fully informed decision when it comes to the consequential act of joining a union. They certainly have reasons to oppose unions, which create checks and balances against management’s untrammeled authority in the workplace. But that doesn’t mean they should have a say in whether or how their workers decide to join one — let alone engage in campaigns of threats, intimidation and retribution.

Joining a union is a federal right, one that employers have no business infringing upon. As with any relationship between parties with competing interests, the way to handle those differences is to negotiate over them. So if employers have a problem with unions, the place to deal with it is at the bargaining table.

More perspectives, news, tweets, videos, etc in the comments. This is a weekend open thread.

Follow me below for more tweets, news, videos in the comments! Happy Wed. 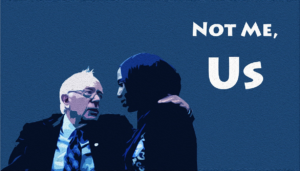 END_OF_DOCUMENT_TOKEN_TO_BE_REPLACED

Bernie Sanders Endorses Hillary Clinton Hillary Clinton and Bernie Sanders formally declared an end to their political rivalry Tuesday, joining forces to take on a shared enemy: Donald Trump. “I have come here to make it as clear as possible why I am endorsing Hillary Clinton and why she must become our next president,” Sanders said at a joint rally here. “Secretary Clinton has won the Democratic nomination and I congratulate her for that.” The 74-year-old self-described democratic socialist, who has been a thorn in Clinton’s side over the last year, pledged to support his former rival through Election Day: … END_OF_DOCUMENT_TOKEN_TO_BE_REPLACED

The Clinton-Sanders Unity Summit Hillary Clinton and Bernie Sanders will formally declare an end to their political rivalry Tuesday, a moment that couldn’t come quickly enough for the former secretary of state trying to unite Democrats against Donald Trump. Clinton, the presumptive Democratic nominee, hopes to rev up voters on the left with help from Sanders. The 74-year-old self-described democratic socialist excited the liberal base and won young voters by large margins. The joint rally in Portsmouth, New Hampshire, is a start in putting to rest Democratic fears of a political nightmare scenario: that Sanders might sit on his hands … END_OF_DOCUMENT_TOKEN_TO_BE_REPLACED

Sanders: Democrats Need To Wake Up Surprise, surprise. Workers in Britain, many of whom have seen a decline in their standard of living while the very rich in their country have become much richer, have turned their backs on the European Union and a globalized economy that is failing them and their children. And it’s not just the British who are suffering. That increasingly globalized economy, established and maintained by the world’s economic elite, is failing people everywhere. Incredibly, the wealthiest 62 people on this planet own as much wealth as the bottom half of the world’s population — around … END_OF_DOCUMENT_TOKEN_TO_BE_REPLACED

Sanders Joins The House Sit-In Bernie Sanders briefly joined House Democrats for their sit-in Wednesday demanding legislative action on gun control. The presidential candidate, who has yet to concede to Hillary Clinton in the Democratic primary, took to the House floor late Wednesday afternoon, joining a handful of senators who walked across the Capitol to express their solidarity with the protest. Sanders waved as his House colleagues met him with strong applause, and he left shortly after Clinton didn’t attend the protest, though she met with House Democrats earlier on Wednesday. .@SenSanders lends his support for the sit in. #Enough … END_OF_DOCUMENT_TOKEN_TO_BE_REPLACED 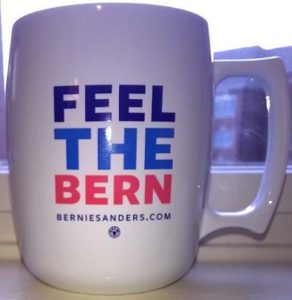 Sanders Returns To The Senate For Gun Votes For the first time since Jan. 2, Sen. Bernie Sanders (I-Vt.) walked into the Senate to cast votes. He’d left as an unpretentious populist senator whose presidential campaign was clearly catching on; he returned with a full Secret Service detail and motorcade, with a few onlookers in the public gallery sporting brightly colored “Bernie” T-shirts. Other than that, Sanders’s re-emergence as a senator was remarkably low-key. The senator slipped into his office in the mid-afternoon, joined by his wife Jane and watched by an NBC News cameraman. Two hours later he, Jane, and … END_OF_DOCUMENT_TOKEN_TO_BE_REPLACED