I’ll start today’s thread with an op-ed in WaPo by Congresswoman Cori Bush.

This is the America that Black people know

My skin burned for 22 hours after I was pepper-sprayed. The memory of that burn stung with a new kind of pain on Wednesday as I, now a newly sworn-in member of Congress, watched in horror and disbelief as an insurrectionist mob overran the Capitol.

Back in July, we had been protesting at the police station in Florissant, Mo., where a police officer had recently run over a Black man with his car. The police had been beating protesters for weeks. They tear-gassed us to the point of suffocation for painting “Black Lives Matter” on a road, arrested us for putting our fists in the air and beat those who they’d taken into custody.

That night was no different from any other night. The officers rushed out of the station in riot gear, slapping their batons against their shields, holding shotguns loaded with rubber bullets and chanting commands. They chased us into the middle of the street, forcing us to backpedal blindly in the dark. The police were pushing with such force that people began falling to the ground all around me, finding themselves swarmed by officers who began hitting them with batons. I reached in to try to pull a woman away to safety.

They sprayed us with mace. It wasn’t your average mace, either. I used every trick in the book to try to make the pain stop — milk, water, dish detergent. But my skin did not stop burning for 22 hours.

On Wednesday, as I sat in the House gallery listening to my colleagues debate the certification of the electoral college votes, something prompted me to get up and leave. I left the chamber and quickly went to check on what was happening outside. The doors were locked, but as I stood on the second floor of the Capitol and looked out through windows in the doors, I could see Trump flags and Confederate flags gradually moving closer. I froze in disbelief. The next minute, my staffer was rushing me back to my office.

Once I was in my office and we secured the door, I felt a different kind of burn — this time inside. Watching on TV, we saw white supremacists stroll past Capitol Police, untouched and unscathed. Just minutes after we had locked our door, the mob entered the House Rotunda. The rioters broke windows, sat in the House speaker’s office and invaded the Senate floor.

There was no way to avoid the comparison or to duck the obvious answer: Would this have happened if the rioters were there to fight for Black lives rather than white supremacy? We’ve been tear-gassed for much less, beaten for much less and shot at for much less. We’ve been assaulted by law enforcement for much less.

But it’s clear to me that top law enforcement leaders on Capitol Hill had little interest in preventing this attempted insurrection. Videos have emerged of police taking selfies with protesters, walking them down the stairs and even opening gates for them. The front line of officers were not in riot gear, they were not wearing gas masks, they were not holding guns loaded with rubber bullets. And, above all else, there were no police dogs.

We faced police dogs when we fought for justice for Mike Brown in Ferguson in 2014. There were police dogs at protests for Black lives this year, from the East Coast to the West. The president himself tweeted in May that the “most vicious dogs” awaited protesters standing up for Black lives at the White House.

But there were no police dogs awaiting the white supremacists who gathered outside the Capitol. It was no coincidence that this tool of racial control was absent Wednesday, as rioters carried the flag of the slave-catcher’s Confederacy — and its modern manifestation, the Trump flag — through the House Rotunda.

Many have said that what transpired on Wednesday was not America. They are wrong. This is the America that Black people know. To declare that this is not America is to deny the reality that Republican members of the U.S. House and Senate incited this coup by treasonously working to overturn the results of the presidential election. It’s to deny the fact that one of my senators, Josh Hawley, went out of his way to salute the white supremacists before their attempted coup. It’s to deny that he appropriated the sign of Black power, the raised fist, into a white-supremacist salute — a fist he has never raised at a march for Black lives because he has never shown up to one. It’s to deny that what my Republican colleagues call “fraud” actually refers to the valid votes of Black, brown and Indigenous voters across this country who, in the midst of a pandemic that disproportionately kills us, overcame voter suppression in all of its forms to deliver an election victory for Joe Biden and Kamala D. Harris.

This is America, and it will continue to be America, until white supremacy is dismantled. Justice starts at removing each and every representative who incited this insurrection. I’ve unveiled my first piece of legislation that would do just that. We cannot denounce white supremacy and allow its endorsers to continue serving in our government. 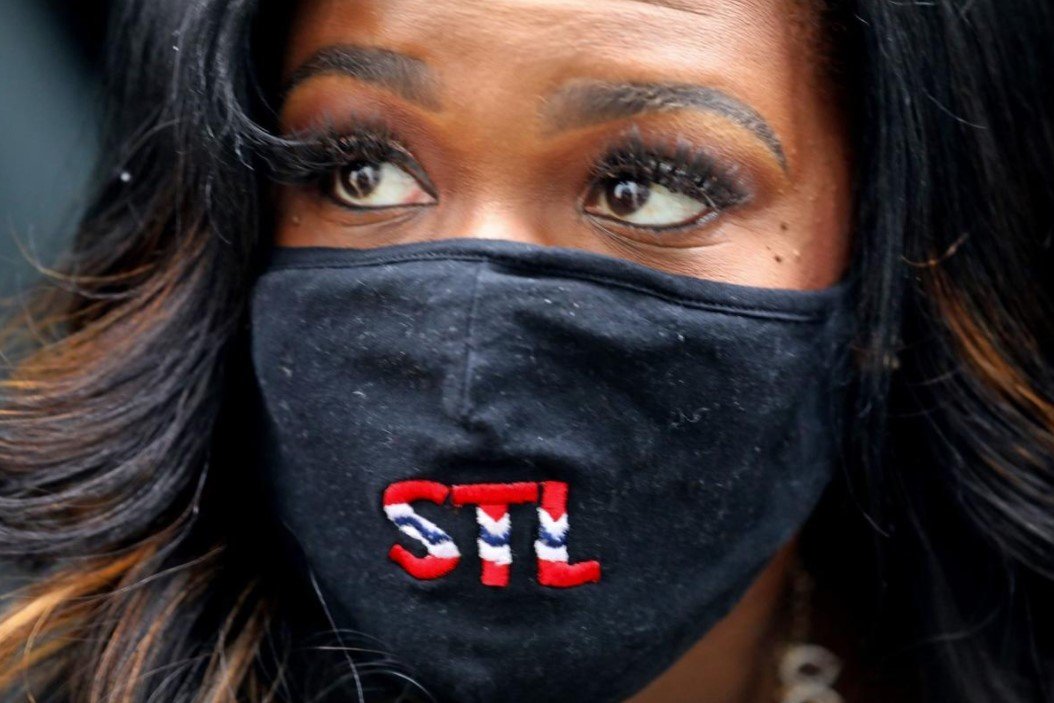 More news, tweets, videos in the comments. This also serves as an open thread.

Hi Birdies…let’s get started with tweets and some music…

Juneteenth celebrations will be marked with marches and civil disobedience, and like the nationwide protests that followed the deaths of black men and women at the hands of white police they are likely to be remarkably more multiracial this year. https://t.co/FJvzXYgXRW

Juneteenth has been celebrated for over 150 years in some quarters of the US, but not all of the celebrations were the best of intent. But now…

Texas has officially celebrated Juneteenth since 1980, but the country — amid widespread protests following the death of George Floyd, among others, at the hands of police — appears to show interest now in a national Juneteenth holiday. https://t.co/sdkz3VFnyk

Today we must recommit to building a nation that is based on justice and to root out systemic racism wherever it exists. We must create a society that values and celebrates Black Americans. That is not the work of a single day, but of every day and every generation.

This video was released in 2011, but notice it was recorded the way now that most artists who post “at home” performances today. Hope you like this version of one of Stevie Wonder’s greatest hits.

Nina Turner, a firebrand in our circles, was a guest on TYT’s “The Conversation” program. Here’s the video, it is short of 15 min long. Lots of discussion about “defunding the police”, BLM, and yes, Joe Biden.

Charles Booker gets another major newspaper endorsement, this one from the Louisville Courier-Journal.

Our informed choice is clear: Charles Booker is the kind of political leader and change agent that our commonwealth needs. We believe he is worthy of the Democratic nomination.

The Kentucky state representative, born and raised in Louisville’s West End, has the background, experience, commitment and vision to help transform our state and nation. He brings a perspective and several well-crafted ideas that Kentucky voters need to consider as we approach November’s general election.

While Amy McGrath has broad support, as evidenced by her successful fundraising, she has not shown the progressive ideas and bold leadership necessary to move our state forward. She has been overly moderate, measured and cautious throughout this campaign, focusing more on her military service (which we applaud and sincerely respect) or her motherhood than offering a sweeping vision for the commonwealth — especially in these turbulent times.

Unfortunately, her message to voters has been unimaginative and uninspiring: “Let me tell you what’s wrong with Mitch McConnell instead of explaining why my vision for our commonwealth and our country is a better fit for Kentucky voters.”

We also believe the national Democratic Party was too quick to offer its full support and fundraising apparatus to a candidate who has never held public office and stumbled out of the gate when announcing her candidacy. McGrath’s self-described “common sense Kentucky Democrat” tagline — a campaign strategy to attract potential supporters of President Donald Trump who are looking for an alternative to McConnell — has fallen flat in these final weeks of the campaign.

Candidate Mike Broihier should continue to pursue public office. He supports the progressive ideas that Booker is pushing, including Medicare for All, universal basic income and the Green New Deal. He’s a retired Marine combat veteran with a good grasp of the issues Kentuckians face and the conviction to bring change, but he doesn’t possess the same political experience and passion that Booker brings.

Lots more news, tweets, and videos in the comments. See you there!