The contract, says UFCW Local 400, does a number of things.

“Political campaigns are cause-driven and because there is always more work that can be done, staffers are typically worked to the bone,” said Federici, who suggested other presidential campaigns take a cue from the Sanders team.

“First, Senator Sanders walked the talk on unions, agreeing to a truly democratic process—neutrality and card check—that every responsible employer should embrace. And then, the campaign engaged in good faith bargaining, recognizing that it’s in their own interest to have well-treated employees empowered to operate at the top of their games,” he added. “I urge every other campaign to follow their lead.”

Krista Harness, a staffer who served on the bargaining committee that led negotiations on behalf of the union, said, “I am so proud to be taking this historical step of becoming the first-ever presidential campaign with a unionized workforce.”

Unions are my family. I have worked with them my entire life, and I am incredibly proud this campaign will be powered by union workers.

When unions are strong, the middle class is strong. Together, we are going to rebuild the labor movement in America. https://t.co/fsc9d1WZBP

More chitter chatter, tweets, news, and videos in the comments section. Consider this an open thread.

We will build a government that works for all of our people. Join us live in Fort Worth: https://t.co/GhsTrvSWd2

Click on the above image and it will take you to the livestream.

The Progressive Wing has two birdies at Bernie’s rally in Cowtown, aka Ft. Worth.

@liepardestin and @jdestin will be reporting in by tweets and other social media.

LD will be going live and I will be on twitter to find his livestream as well. Once we can get it going, I’ll post it here.

This also serves as an open thread.

It’s 55 in SF and mainly sunny today near Ft Mason (near Fisherman’s Wharf), where the rally is being held at 1:30 PDT.

You all ready for thousands of groovy, gentle people with flowers in their hair? 👉🏼 @BernieSanders in Great Meadow Park at Fort Mason 👈🏼
Doors open at 11 am – Starts at 12:30 pm Pacific Time#BernieInSF #BernieInSanFrancisco #Bernie2020
This one's for you, @RoseAnnDeMoro. 🤗 pic.twitter.com/BwCLMTpr4d

I live down the street from Fort Mason, where the Bernie Sanders rally is taking place today. Walking home from Safeway and saw this… the line wraps around the park. @abc7newsbayarea #abc7now pic.twitter.com/1sVMD9tnaQ

Livestream up! Chat away in the comments section! 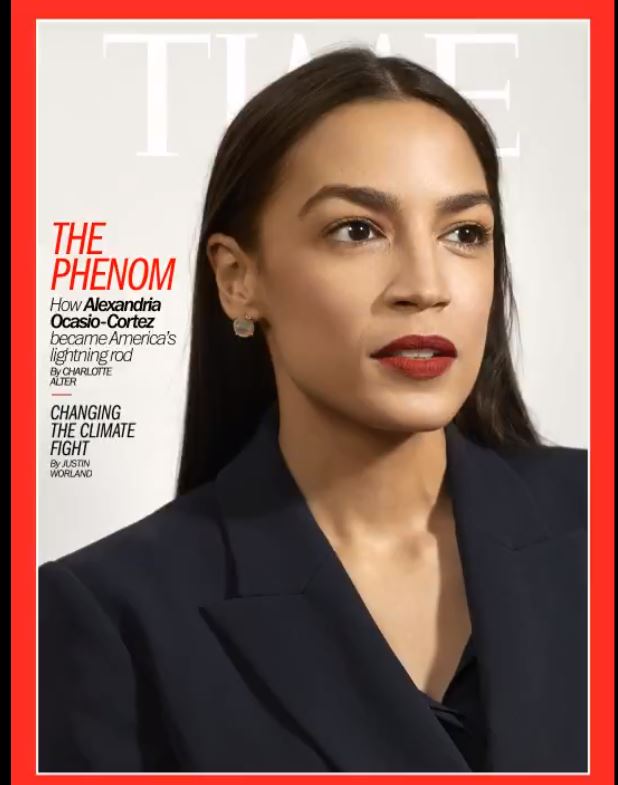 Ten of the 15 hires are women; 5 of them are alums of the 2016 campaign. One of the new hires is Briahana Gray (@briebriejoy on twitter) of The Intercept, a progressive investigative digital publication. She’s also been a contributor to Rolling Stone, The Root, Current Affairs, The Guardian, and New York Magazine.

Another interesting bit of detail about the campaign’s personnel announcement:

Is this some kind of wonderful or what? #WomanPower #Bernie2020 pic.twitter.com/jdXbwAR5bl

The campaign says that now, every single one of its teams — management, political, policy, organizing, communications, advance, digital, and fundraising — has women, and predominantly women of color, in leadership positions. Overall, the national leadership team is around 70% women.

thank you! Appreciate that. And excited to be back!

Other tweets, videos, and news in the comments section. This is also an open thread. 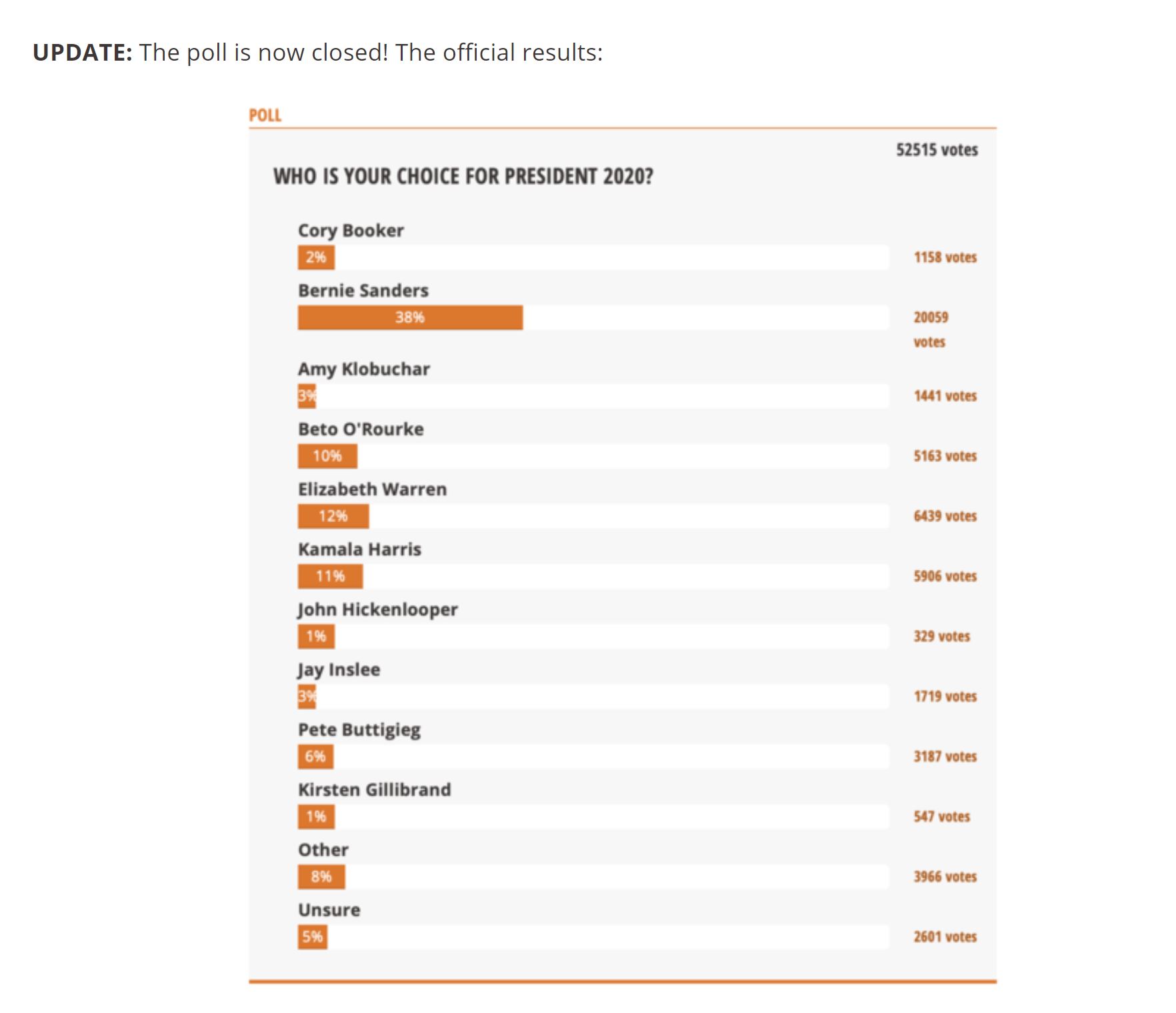 In a big new interview with The New York Times on the occasion of his show’s fifth anniversary, Seth Meyers admitted that he doesn’t love interviewing politicians. In his experience, “they’re just gonna answer the question they wish you’d asked and they’re going to say it the way they practiced it, and oftentimes it’s something they’ve said a bunch. So there’s the lack of the crackle you want during an interview.”

But not every politician is Bernie Sanders.

The Vermont senator made his seventh appearance on Late Night in less than four years on Thursday. He began by systematically laying out his platform for 2020 but loosened up a bit when Meyers asked him how he feels about his policies moving into the mainstream.

Laughing, Sanders replied, “No one person can do it alone. So, we need a lot of voices out there.”

With so many of his Senate colleagues currently running for the Democratic nomination, Meyers asked his guest, “Is it awkward that you all know that you’re all trying to be president?”

The short answer is yes,” Sanders said eventually. “We all have lunch together every Tuesday, and you’ve got half the caucus running for president, you know? So it is kind of strange.”

“But on the other hand, you know, we have known each other—I’ve known Elizabeth Warren for like 20 years, I’ve known many of the other senators for a long time, and we’re friends,” Sanders added. “Obviously each and every one of us wants to win the nomination. I certainly do. But I think we all understand that no matter who wins, everybody is going to rally around that candidate and defeat Donald Trump. That is most important.”

Join me in the comments for more Bernie news/tweets/videos/etc.

The Clinton-Sanders Unity Summit Hillary Clinton and Bernie Sanders will formally declare an end to their political rivalry Tuesday, a moment that couldn’t come quickly enough for the former secretary of state trying to unite Democrats against Donald Trump. Clinton, the presumptive Democratic nominee, hopes to rev up voters on the left with help from Sanders. The 74-year-old self-described democratic socialist excited the liberal base and won young voters by large margins. The joint rally in Portsmouth, New Hampshire, is a start in putting to rest Democratic fears of a political nightmare scenario: that Sanders might sit on his hands … END_OF_DOCUMENT_TOKEN_TO_BE_REPLACED

Sanders: Democrats Need To Wake Up Surprise, surprise. Workers in Britain, many of whom have seen a decline in their standard of living while the very rich in their country have become much richer, have turned their backs on the European Union and a globalized economy that is failing them and their children. And it’s not just the British who are suffering. That increasingly globalized economy, established and maintained by the world’s economic elite, is failing people everywhere. Incredibly, the wealthiest 62 people on this planet own as much wealth as the bottom half of the world’s population — around … END_OF_DOCUMENT_TOKEN_TO_BE_REPLACED