Biden faces doubts over whether it’s still the right package

For policy experts and even members of Biden’s own party, the improving picture is raising questions about whether the stimulus bill is mismatched to the needs of the current moment.

Some economists say it’s too focused on providing funding to states, cities and schools — some of which, they argue, could be used instead for long-term economic investments or simply reduced altogether. Other critics question whether Democrats are squandering a unique opportunity to enact more lasting programs to reduce poverty, given how much in new funding they are approving as part of the legislation.

And some leading Democratic lawmakers have said the plan should include more safeguards to protect jobless Americans should the pandemic continue longer than expected — measures left out of the current package.

“The improving economy and improving outlook on the virus has dramatically changed the dynamic on Biden’s spending plans, but the bill has remained largely the same,” said Bill Hoagland, a senior vice president at the Bipartisan Policy Center and former Republican staff director for the Senate Budget Committee.

The changed economic outlook has intensified political opposition to the bill, giving congressional Republicans political cover to vote against the legislation and creating some skittishness among centrist Democrats about the overall price tag.

On Wednesday, Biden agreed to a last-minute change pushed by moderate Democrats to tighten eligibility on the stimulus payments for higher-earning Americans, although liberal Democrats have called for expanding the payments. Centrist Democrats are expected to push other changes to further “target” the package, including redirecting state aid and reducing jobless benefits for Americans.

White House officials have pushed back on suggestions that its proposal is not as well-designed for March as it was January. They argue the country is still gripped by a deadly pandemic and economic crisis requiring vast resources, and are trying to push legislation through a slow-moving Congress amid rapidly changing circumstances.

“We’re still at the height of a pandemic,” White House press secretary Jen Psaki said Wednesday. “We are not going to recover from this pandemic tomorrow. The economic recession will not be recovered tomorrow.”

And even those who say the bill could be better targeted have acknowledged that Democrats’ urgency is being fueled by an impending deadline — March 14 — when tens of millions of Americans will begin to lose unemployment benefits if no action is taken.

“This is not a perfect bill. If an economist was designing it from scratch today, they would design it differently,” said Jason Furman, who served as a senior economist in the Obama administration. “But nothing Congress does is perfect, and as written the American Recovery Plan will be a major booster shot that will hopefully help close the remaining gaps in the economy.”

Several economists said they would cut down or overhaul several key parts of the bill.

The Congressional Budget Office has estimated the U.S. economy is running about $600 billion to $700 billion below potential because of the pandemic. This is the shortfall that many experts say the government should try to fill, but they point out that it’s a lot less than Biden’s proposal.

Constance Hunter, chief economist at KPMG, said the bill could be $1.5 trillion given the reality of the current economic upswing. The vast majority of business economists think injecting around $1 trillion more would be sufficient, according to a recent survey by the National Association for Business Economics.

Combined with legislation passed by Congress in December, Biden’s stimulus will amount to about $300 billion per month in new economic relief for its first nine months. By comparison, the decline in gross domestic product in November only amounted to $80 billion below precrisis levels, according to Furman.

Citing the improving economic outlook, House Republicans were united in voting against Biden’s bill last week. Virtually all Senate Republicans are expected to oppose the measure as well.

“It’s of a size that might have made sense a year ago … this is not a year ago,” Senate Minority Leader Mitch McConnell (R-Ky.) said Tuesday. “We’re making extraordinary progress with the rollout of the vaccines.”

Senate Majority Leader Charles E. Schumer (D-N.Y.) said the United States cannot risk re-creating the experience of the Obama administration, in which a modestly sized stimulus package led to only tepid growth and was accompanied by Democratic defeats at virtually all levels of government. That fear has helped hold the Democratic caucus together throughout passage of the bill, despite significant internal ideological divisions.

“We cannot go through the situation we did back in 2009 where the stimulus wasn’t strong enough and we stayed in recession for years,” Schumer said. “Just because the numbers are not as bad as they were doesn’t mean that we don’t need a continued strong push to get us out of this ditch and go upward and forward.”

Conservatives and other economists have criticized the bill’s allocation of $350 billion to states, cities, tribes and territories.

Moody’s Analytics found in a report that states and cities only need $61 billion. The American Enterprise Institute, a conservative think tank, pegs that number at closer to $100 billion, although the left-leaning Center on Budget and Policy Priorities found as much as $225 billion was needed. Many states face much better fiscal outlooks than expected at the outset of the pandemic.

“If I were king for the day, I’d scale back a few hundred billion on state and local and use that money to help with the infrastructure program that’s coming,” said Mark Zandi, chief economist at Moody’s Analytics and the author of that report. “That’s a more effective way of using the resources to get back to full employment.”

The White House has pointed out that state and local governments have shed 1.3 million jobs and that its proposal has broad support from Republican and Democratic local officials across the country. More liberal economists also argue the federal government should try to boost states above pre-pandemic levels, arguing additional funding can help local growth.

“There’s no economic rationale for cutting the state and local aid down,” said Lindsay Owens, an economist at the Groundwork Collaborative, a left-leaning think tank. “The idea we just need to get back right to January 2020, and not a dollar more, is bananas. We should try to do better than that.”

Other critics say the bill is in several ways not generous enough to help Americans through one of the worst crises in generations.

The unemployment benefits are set to expire in August even if the virus resurges and the economy faces renewed turbulence. Senate Finance Chairman Ron Wyden (D-Ore.) has advocated for tying federal benefits to automatically adjust to economic conditions, such as the unemployment benefits, a position also supported in the initial White House proposal. That idea fell out of the bill amid concerns it would make Democrats’ price tag appear higher.

Democrats also face questions over the structure of their plans on housing, health care and combating child poverty, among other issues.

Independent analyses have suggested renters owe as much as $75 billion, but the Democrats’ bill only includes $25 billion, according to Saoirse Gowan, a housing policy expert who recently left the Democracy Collaborative, a left-leaning think tank.

On health care, Democrats’ bill includes about $34 billion to increase the subsidies for Americans on the Affordable Care Act’s individual exchanges, but about $16 billion for states to expand Medicaid. Health-care experts point out that people enrolled in the ACA tend to have higher incomes than those who would be reached by expanding Medicaid, primarily a health program for the poor and disabled.

“Expanding Medicaid would be a much more efficient way of getting more people insured,” said Larry Levitt, executive vice president for health policy at the Kaiser Family Foundation, a nonprofit group. “If your goal is universal coverage, increasing the subsidies somewhat is not going to get you there — although it does make insurance more affordable and puts money back in the pockets of people who are struggling.”

After the $15-an-hour minimum wage fell out of the bill, White House officials over the weekend repeatedly highlighted estimates showing the expansion in child benefits would cut poverty among children in the United States in half. But there, too, critics wonder if the stimulus plan was sufficiently well-designed. Under Biden’s proposal, that benefit ends after one year, meaning child poverty could double if Democrats do not find a way to expand it next year.

Democrats could have enacted different proposals, such as the one pushed by Sen. Mitt Romney (R-Utah), that pay for a $3,000-per-year child benefit with a mixture of tax cuts and spending. Critics point out doing so would not have exposed families to a sudden income shock should Democrats fail to extend the new child benefit.

“If they don’t plan ahead, a year from now when this program is up for renewal, they could be back at square one,” said Sam Hammond, a welfare expert at the Niskanen Center, a think tank that helped draft Romney’s plan. “If they don’t figure this out, they are putting in jeopardy the ability for this credit to reach the lowest-income children.”

CA is now a vote by mail state.

Every registered voter will receive a mail-in ballot for the Nov election.

The right to vote is foundational to our democracy. No one should be forced to risk their health to exercise that right.

The IL governor is pushing for the IL Leg to pass a vote by mail for the GE.

Benny’s Bar is open and you are also welcome to add jukebox YT’s for merriment in the comments. See you there! 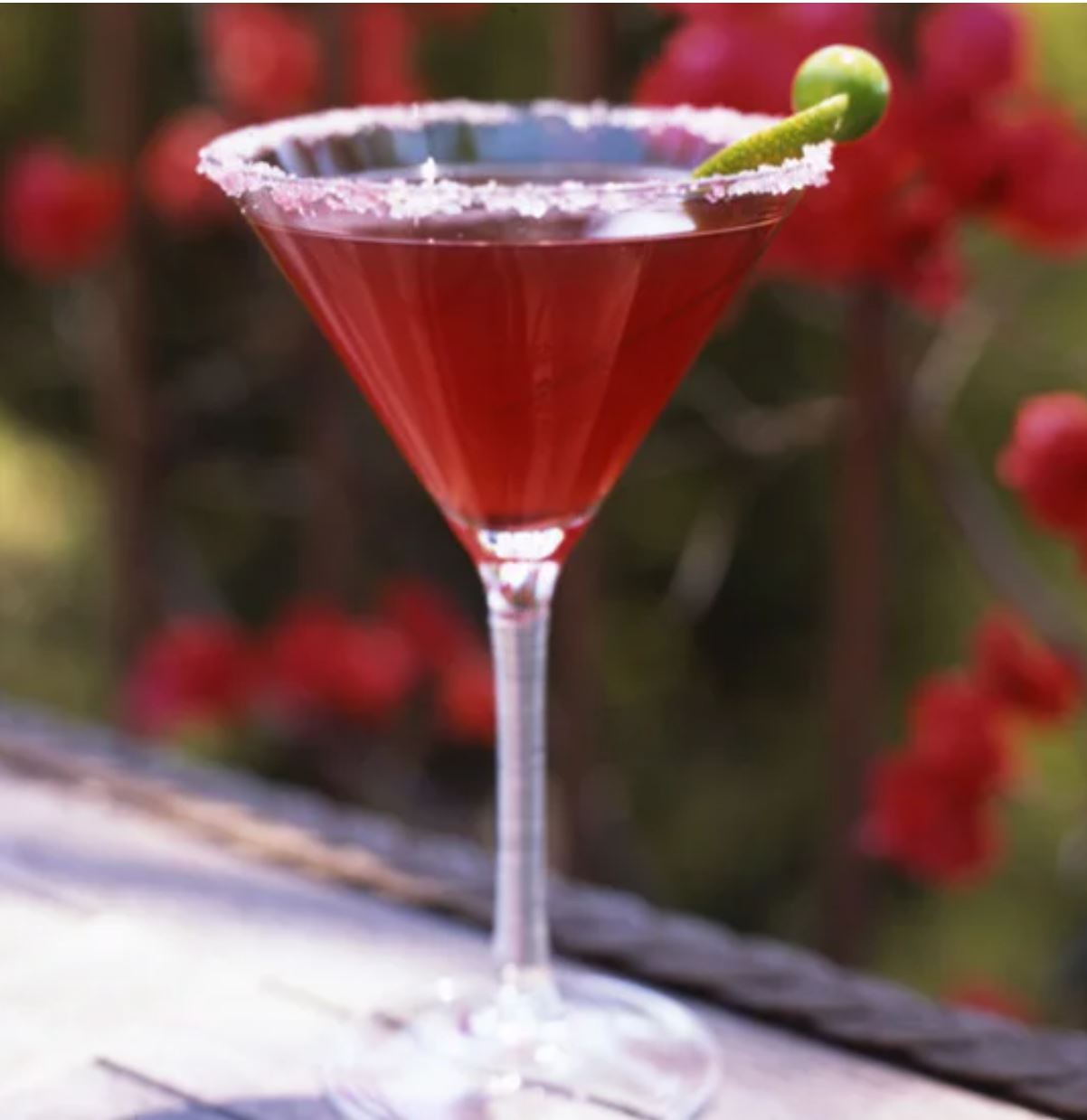