Once again starting off with a couple Bernie related articles and then putting everything else in the comments.

The party “programmatically, in terms of how it does business, has failed,” Sanders said on MSNBC’s “Morning Joe.”

“The Democratic Party today, programmatically, in terms of how it does business, has failed,” Sanders said on MSNBC’s “Morning Joe.” “I mean the evidence is obvious. It’s not just that we’ve lost the White House and the U.S. Senate and the U.S. House. We’ve lost 900 legislative seats in the last 8 or 9 years.”

“Perez has got to capitalize that and that’s the kind of party the Democrats have to create,” Sanders added.

A Bernie Platform Committee member has posted on redditt a summary of last night’s conference call with Bernie and team regarding the plan to get our amendments included in the Democratic party platform. It’s an excellent summary, so I am posting it in its entirety below. Bottom line: Whatever we cannot get included in the platform in Orlando, will go into a Minority Report. This report will be automatically voted on at our televised, national convention on the convention floor. **Platform UPDATE:** The platform committee members for Bernie had it’s first conf call last night. And Bernie opened up the … END_OF_DOCUMENT_TOKEN_TO_BE_REPLACED

TELL THE DNC PLATFORM COMMITTEE Strongly Oppose the TPP in the Party Platform The Democratic Platform includes a number of very important initiatives that we have been fighting to achieve during this campaign. But one big item is missing: preventing the disastrous Trans-Pacific Partnership trade deal from ever coming up for a vote in Congress. Bernie Sanders opposes this deal, and Secretary Clinton said that she opposes the deal too. So does virtually every labor union, environmental group, and even major religious groups. The Democratic Party must go on record in opposition to holding a vote on the TPP during … END_OF_DOCUMENT_TOKEN_TO_BE_REPLACED 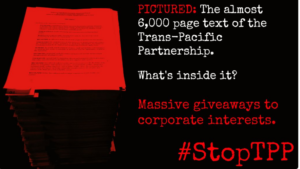 UPDATE: Bernie has issued a Press Statement outlining his plan to garner support to Stop a vote on TPP: Sanders Calls for Democratic Party to Oppose Trade Deal BURLINGTON, Vt. – U.S. Sen. Bernie Sanders on Monday urged Democratic Party platform writers to take a stand against the Trans-Pacific Partnership, a proposed 12-nation trade pact that he said would have “disastrous” consequences for U.S. workers and the environment. “The Democratic Party must go on record in opposition to holding a vote on the trade deal during the lame duck session of Congress and beyond,” Sanders said. “This is about preventing … END_OF_DOCUMENT_TOKEN_TO_BE_REPLACED 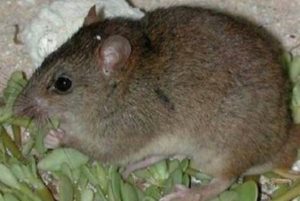 Bring Climate Change Back from the Future via the Scientific American Climate change has claimed its first mammal casualty, with the reported extinction of the Bramble Cay melomys (Melomys rubicola). The last of these Australian marsupials is believed to have disappeared around 2009, but the release last week of a report by the Queensland government stating its probable extinction and the cause—sea-level rise induced by climate change—made worldwide news. The death of the last individual of the last population of a mammal species, indeed of any species, is as irreversible as it is profoundly sad. Yet the widespread coverage of … END_OF_DOCUMENT_TOKEN_TO_BE_REPLACED 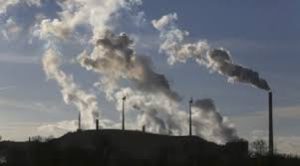 Published on Jun 19, 2016 DeSmogBlog’s Steve Horn discusses how Tim DeChristopher’s 2008 act of civil disobedience triggered a response by the oil and gas industries to move to online restrictive bidding