Nina Turner was a guest on Tiffany Cross’ show yesterday.

.@ninaturner: My loyalty overall is to the people that I have served and that I will continue to serve, and not necessarily to a party… Working with people and being able to hold people accountable are too different things… Yes, I am a Democrat. #CrossTalk pic.twitter.com/t082WXBP63

TONIGHT: Jails are major COVID-19 hotspots, and this crisis will get even worse without decarceration. Join the convo at 8PM ET with

More jibber-jabber and the bar is open. See you in the comments!

i’m not sure how the news came in that day, probably on the radio since my new husband and I didn’t have a TV. I turned 20 in Houston, he at 27 in April. we had both marched against the war, but this was a new realization, a shock to so many.

<blockquote>To Lou Capecci, the crack of the national guard’s guns sounded like more of the same.

“It was pretty common to have demonstrations every day. The national guard had been on campus for a few days. They would shoot tear gas into the middle of the crowd and people would throw it back at them. Then we heard the shots and at first everybody kind of shrugged their shoulders and thought more tear gas,” he said.

But the young student at Kent State University in Ohio was mistaken.

To large parts of the country, the Kent State massacre was a shocking and seminal event – American soldiers gunning down white students was unthinkable until it happened.

Part of the shock for Capecci, who walked away from the demonstration minutes before the national guard fired, was that he thought the soldiers’ weapons were just for show.

“No one knew the national guard had real bullets. We were completely shocked. It just never occurred to anyone that they would actually have bullets to shoot people. It may sound naive but we talked about that for years afterwards,” he said.

If there’s an era when the tribalisation of the Trump era began, it’s this time

It was naive. In other parts of the country, the police were killing African Americans protesting for equal rights, including on college campuses before and immediately after Kent State with little attention from the television cameras that gave saturation coverage to the deaths of the white students.</blockquote>

Read more at the link.

On in 10 minutes (close to 6 CT) is a panel discussion via YT with Reps Pocan and Jayapal, and Sens Sanders and Warren.

Our Revolution is having an event too.

We’ll add more news, tweets, and videos in the comments. This serves as an open thread. It’s Thursday evening and Benny’s bar is open for HH.

Today I am announcing my endorsement of @JoeBiden for President of the United States.

VP Biden is a deeply dedicated public servant with the ability to unite the American people. I am moved by his compassion and ability to connect with people on the most human level.

What if she were being vetted? Long shot for sure.

Economic and health care assistance must be available to all, regardless of immigration status. Join our live town hall on how the coronavirus crisis is impacting the undocumented community: https://t.co/QvYtCpzBmp

“As progressives we all understand that the essence of what we believe in is the concept of solidarity,that we’re all in this together. No matter what our color may be,no matter where we were born,no matter what kind of work we do. We are human beings, and we are in it together.”

I wish he would address the NY ballot issue, but don’t believe if he will. Meantime, there’s been push back from Bernie’s team, but we’ll put those in the comments section. Consider this an open thread. BYOB tonight.

Keith Ellison is among 4 attorneys general in states such as VT, NY, MN, MI in how they are responding to the COVID pandemic. Comes on at 6CT.

Looks like AOC was the holdout again on the next stimulus bill vote:

AOC only Dem in House or Senate to oppose coronavirus package for not going far enough. Warren, Sanders, Omar, Tlaib — all voted yes. Numerous progressive groups also urged a no vote but were steamrolled https://t.co/hExtEaf1HV

I do wonder why Bernie feels the need to vote for the bill when no one item from his agenda was included.

Live blog and OT. Bar is open. More jibber-jabber, tweets, videos and conversation in comments. This serves as an open thread. Feel free to play the video jukebox after the TH.

Co-sponsored by the World Health Organization/YT and others in the quote below. 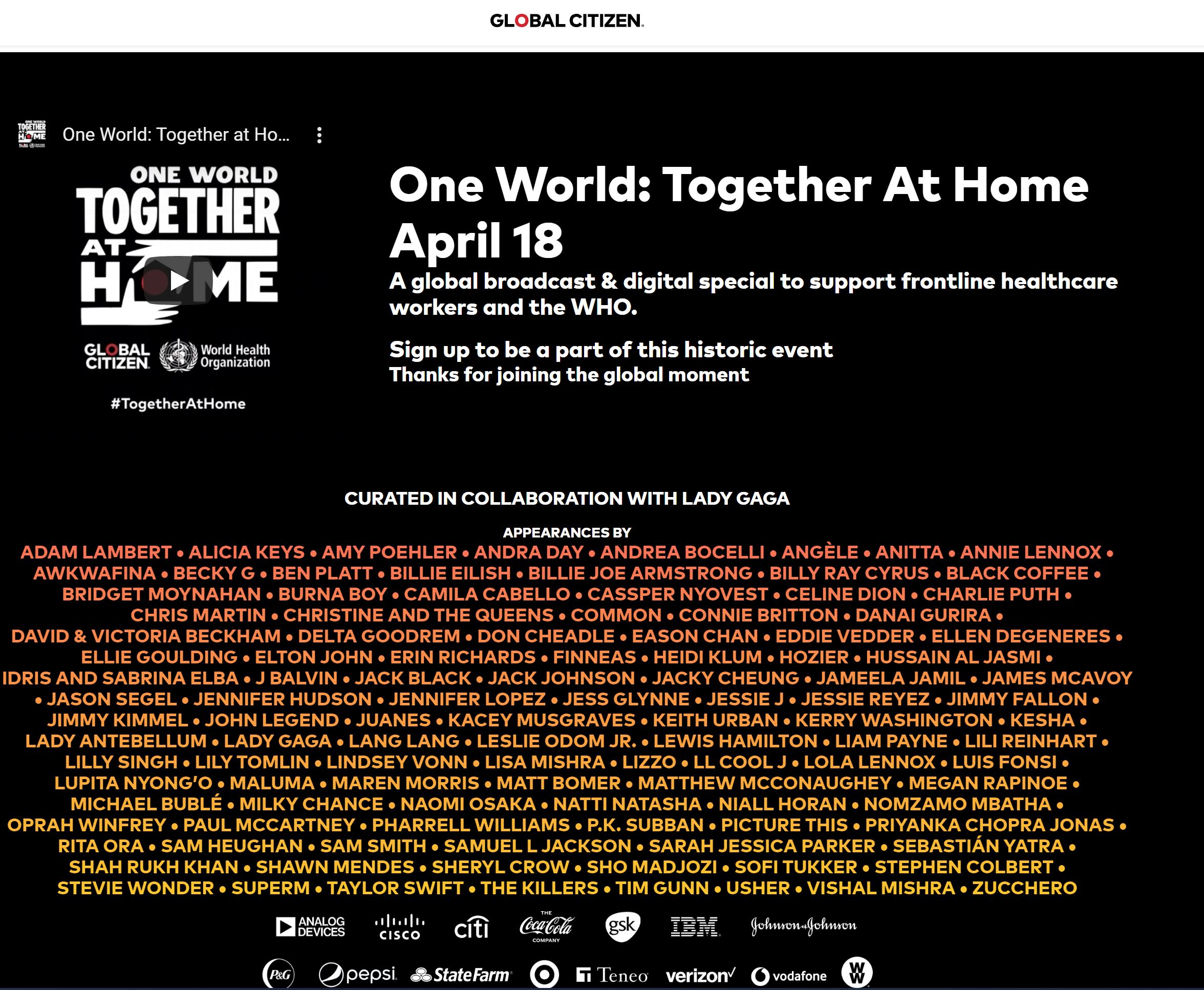 “The World Health Organization is committed to defeating the coronavirus pandemic with science and public health measures, and supporting the health workers who are on the frontlines of the response,” said Dr Tedros Adhanom Ghebreyesus, Director-General of WHO. “We may have to be apart physically for a while, but we can still come together virtually to enjoy great music. The ‘One World: Together At Home’ concert represents a powerful show of solidarity against a common threat.”

One World: Together At Home will be broadcast on major television networks worldwide on Saturday, 18 April 2020 at 18:00 (GMT) on ABC, NBC, ViacomCBS Networks, iHeartMedia and Bell Media networks and platforms in Canada. BBC One will run the program on Sunday 19 April 2020. Additional international broadcasters include beIN Media Group, MultiChoice Group and RTE.

The event will be streamed online on multiple global platforms, including: Alibaba, Amazon Prime Video, Apple, Facebook, Instagram, LiveXLive, Tencent, Tencent Music Entertainment Group, TIDAL, TuneIn, Twitch, Twitter, Yahoo and YouTube. This digital special will include additional artists and performances from all over the globe as well as unique stories from the world’s healthcare heroes.

The entire Special will be streamed at www.youtube.com/WHO and on WHO’s main social media channels.

Adam Lambert is on, performing “Mad World” which is one of his best single tunes.

Looks like the artists are doing one song followed by highlighting different first responders/healthcare workers.

Looks like plenty of entertainment. For those who like Broadway/caberet music, Ben Vareen will be appearing at a Feinstein’s 54 Below At Home stream at 6:30 ET.

Bar is open for light fare or coffee. 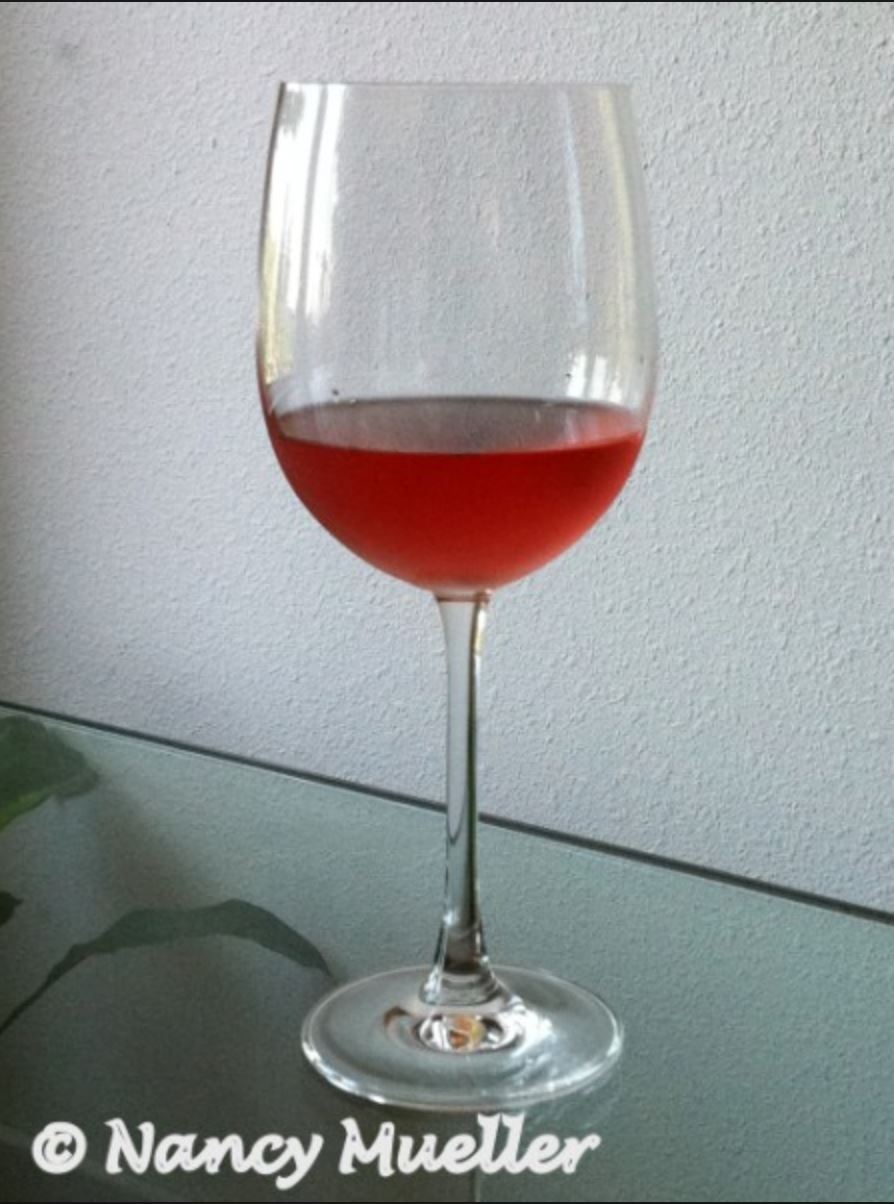 "We have got to respond to this unprecedented crisis in an unprecedented way, and I think the European approach is exactly the right approach… even if they're not working, we will cover a full paycheck for the next 6 months."@BernieSanders on @AliVelshi pic.twitter.com/9vbHqJThKR

When the interview with Anderson Cooper appears, that will be posted here.

For people who have HBO, this should be a good show. https://t.co/O1Yol2zb9Q

Trump’s handling of #coronavirus worthy of impeachment. “I find one of the most galling parts of this is that the president is favoring certain states over the others.” @BillMaher: “To me this is an even more impeachable offense than what he did in Ukraine or Russia.” #RealTime pic.twitter.com/sYp5gwdKMi

TGIF! Bar is open! Tweets, videos, and jibber-jabber in the comments to go with the beverages! 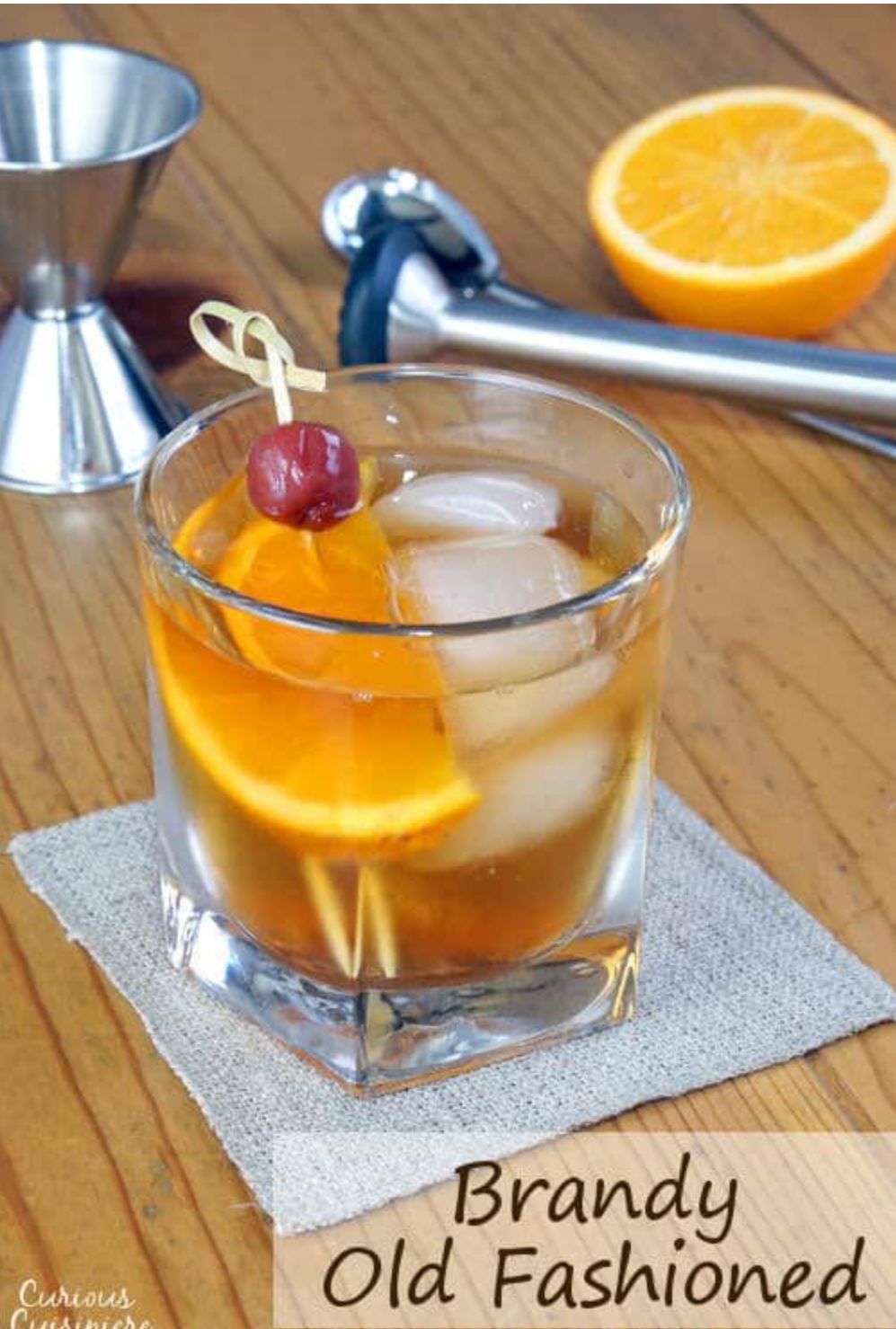 This is the official drink of Wisconsin. We’ll add some music from Clyde Stubblefield who was the drummer for James Brown. And he was a native of Wisconsin.