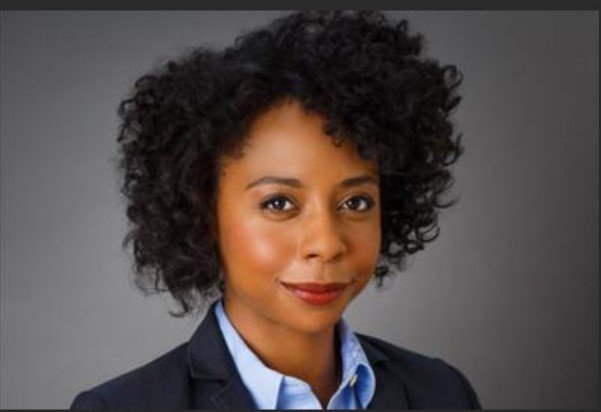 Former press secretary for the Sanders campaign Briahna Joy Gray appeared on Democracy Now to give her thoughts about Biden’s selections for his cabinet and WW operations. A link to the full video portion of the interview is here.

The transcript is below if you prefer to read it instead, courtesy of Democracy Now!

The segment is called “Where Are the Progressives? Briahna Joy Gray on Neera Tandem & Other Biden Picks for His Economic Team.”

President-elect Joe Biden announced his top economic advisers this week, setting the tone for his administration’s recovery plan, including Neera Tanden, president of the Center for American Progress think tank, as head of the Office of Management and Budget. While Tanden would be the first woman of color and the first South Asian woman in the role, critics oppose her organization’s cozy relationship with corporate funders, her record of antagonizing and undermining progressive Democrats, and her aggressive foreign policy positions. Briahna Joy Gray, former national press secretary for the Bernie Sanders 2020 presidential campaign, says there has been “a lot of emphasis on the identity of the individuals picked” for Biden’s incoming team, but representation alone is not enough. “Several of these individuals have real problems, and none of them truly represent a progressive in the mindset of most Americans, especially those who identified with Bernie Sanders.”

Transcript
This is a rush transcript. Copy may not be in its final form.

AMY GOODMAN: With stimulus talks in a stalemate amidst a devastating economic crisis generated by the coronavirus pandemic and how it’s been dealt with, President-elect Joe Biden’s proposed top economic advisers addressed the nation for the first time Tuesday, setting the tone for his incoming administration’s recovery plan. Speaking in Wilmington, Delaware, Biden introduced Janet Yellen as his treasury secretary pick. Yellen led the Federal Reserve from 2014 to ’18. If confirmed by the Senate, she’ll be the first woman to lead the Treasury in its 231-year history. This is Janet Yellen.

JANET YELLEN: The pandemic and economic fallout together have caused so much damage for so many and have had a disproportionate impact on the most vulnerable among us. Lost lives, lost jobs, small businesses struggling to stay alive or closed for good, so many people struggling to put food on the table and pay bills and rent — it’s an American tragedy, and it’s essential that we move with urgency. Inaction will produce a self-reinforcing downturn, causing yet more devastation.

AMY GOODMAN: President-elect Biden also noted that Wally Adeyemo, his pick to be second-in-command to Yellen, would be the highest-ranking African American in the history of the Treasury Department.

Other new economic advisers on Biden’s team include Princeton University economist Cecilia Rouse, who will be the first Black woman to lead the Council of Economic Advisers, and Brian Deese, an executive at investment giant BlackRock, as director of the National Economic Council. He was not present on the stage Tuesday.

In a move that’s drawing outrage from progressives, Biden also announced Neera Tanden, president of the Center for American Progress think tank, as his pick for head of the Office of Management and Budget. While Tanden would be the first woman of color and the first South Asian woman in the role, critics oppose her organization’s cozy relationship with corporate funders, her record of antagonizing and undermining progressive Democrats, including then-presidential candidate Bernie Sanders, and her aggressive foreign policy positions. This is Neera Tanden speaking Tuesday.

NEERA TANDEN: Mr. President-elect, Madam Vice President-elect, I am here today thanks to my mother’s grit, but also thanks to a country that had faith in us, that invested in her humanity and in our dreams. I am here today because of social programs, because of budgetary choices, because of a government that saw my mother’s dignity and gave her a chance. Now it is my profound honor to help shape those budgets and programs to keep lifting Americans up, to pull families back from the brink, to give everybody the fair chance my mom got.

AMY GOODMAN: Biden’s Cabinet nominees still face approval by the Senate, and The Daily Beast reports Tanden has now deleted more than a thousand of her own tweets, some of which were critical of the senators who would vote on whether to confirm her. Republican Senator John Cornyn of Texas has said her nomination is, quote, “radioactive.”

Welcome back to Democracy Now! It’s great to have you with us, Briahna. Let’s start off with Neera Tanden. You were tweeting up a storm, tweets you did not delete. Can you talk about your thoughts on the person proposed to be head of the Office of Management and Budget?

BRIAHNA JOY GRAY: Yeah. I mean, there’s been a lot of talk, ever since Biden officially clinched the nomination, about the efforts to unify the Democratic Party and his efforts to reach out to the left. And a lot of his moves have been characterized as a kind of sop to the left, while there hasn’t been a lot of substance behind those characterizations.

So, what you’ve seen in this latest slate of picks is a lot of emphasis on the identity of the individuals picked, a lot of firsts in the group. And even folks with less — or less, shall we say, more attenuated relationships to traditional identity characters have gone as far as to talk about the struggles of their stepfather’s family, right? And I think that’s very intentional, because substantively several of these individuals have real problems, and none of them truly represents a progressive in the mindset of most Americans, especially those who identified with Bernie Sanders.

And Neera Tanden is someone, in particular, who was very notorious for being openly antagonistic of Senator Sanders, who, again, represented the largest coalition of progressive voters in this country; perhaps most notorious for physically assaulting Bernie Sanders’ campaign manager when he was an employee at — an editor at ThinkProgress, a vertically integrated media institution under CAP.

JUAN GONZÁLEZ: And, Briahna, I’d like to ask you — The New York Times and The Washington Post both sort of talked about these nominees as basically being pro-labor and friendly to labor unions. Could you talk about this emphasis on the policies toward labor, supposedly, that all of these folks represent?

BRIAHNA JOY GRAY: Yeah. I mean, what’s most — the thing I would say would most accurately characterize Neera Tanden, in particular, is that she is fundamentally a party loyalist. Even her mother has described her as such, as someone who’s very aggressive and very devoted, in particular in 2016 to Hillary Clinton.

So, what we’ve seen over the course of her career is that she has repeatedly kind of represented herself as open to the kind of moderate, I would describe it as, corporate Democratic pushes, to cut entitlements, for instance. She said in a notable clip in 2012 that entitlements had to be on the table. And that’s in stark contrast with this portrait of a woman whose mother very sympathetically relied on public assistance in her youth, and who has used that experience to try to, I think, shield herself against the substantive criticism that she has been open to Medicare cuts, Social Security cuts, and has spoken about these things, even using the language “entitlement” in a way that is not at all typical of someone you would describe as progressive, and which is really distressing given the extent of economic crisis this country is in now.

AMY GOODMAN: Well, let me go to that comment Neera Tanden made around the issue of slashing Social Security. This is Tanden speaking to C-SPAN after the 2010 midterms.

NEERA TANDEN: Center for American Progress has put forward ideas and proposals to reform the beneficiary structure of Social Security. Some of our progressive allies aren’t so — aren’t as excited about that as we are, but we’ve put those ideas on the table.

AMY GOODMAN: So, she’s talking about her group, the Center for American Progress. Briahna?

BRIAHNA JOY GRAY: Yeah. I mean, and, look, all of the emphasis on the firsts, of the diversity of this crew, but less emphasis on whether or not these individuals represent the interests of the group that they are assumed to represent because of what they look like, right?

So, we live in a country where 50% of African Americans rely on Social Security for upward of 90% of their income. And you have someone being put forward by Joe Biden — Joe Biden who, again, relied overwhelmingly on the support of African Americans to clinch the nomination — who is speaking in such cavalier terms about cutting one of the most important social safety net programs. And I think it’s rightfully distressing to a lot of progressives, on top of the interpersonal issues and kind of lack of decorum she’s demonstrated on the internet.

JUAN GONZÁLEZ: Well, one of the big questions, clearly, especially among young people in this country, is how the Biden economic team will deal with the issue of student debt, which is now into the trillions of dollars. Any sense that you have from these picks so far where the direction of his policies might go in that area?

BRIAHNA JOY GRAY: I’m not overly optimistic. You know, I don’t know that Neera Tanden or any of the others have spoken directly on this issue, but she’s someone who over the course of her career has emphasized moderation, right? So, back when she was working for Hillary Clinton in 2016, she was one of her advisers that was advising her against adopting a $15 minimum wage, something which is hardly some far-left radical program. She’s on record as having said that we will never have Medicare for All, because people are going to be unwilling to let go of their private health insurance — this at a time where I believe we’re up to 14 million Americans losing their employer-based health insurance because of the COVID crisis and, of course, unemployment.

So, in a world where student loan debt, especially in the course of the primary, was still being characterized by the overwhelming bulk of Democratic Party candidates as something that was a far-left, inappropriate policy to pursue, and which, even in the context of Joe Biden, is still being framed as something that should be pushed in a very minimalist way — right? — he has the power to cancel all student debt on day one but is talking about canceling a maximum $10,000; Chuck Schumer, some others are pushing for more — I’m not overly optimistic that this policy, which is one of few that Biden has control over, is going to be dealt with in the maximalist way that the crisis compels.