Tomorrow Iowa goes to caucus, and our volunteers have knocked on 500,000 doors in Iowa and made over 10 million phone calls since January 1st to make sure we win. Join me live from our field office in Newton, Iowa: https://t.co/ZVtDo6R6h5

Bernie’s last event in Iowa, at the Des Moines office. Ro Khanna is first up.

More news, tweets, videos in the comments section. This serves as an Open Thread.

Event has started! It’s a beautiful 69 degrees and sunny!

Chat in the comments!

Jeff Weaver, the longtime aide who led his 2016 bid, will not return to the role if Sanders enters the race, a source familiar with the planning process told CNN.
Weaver confirmed in an interview that his position will be changing, most likely to senior strategic adviser to Sanders, who is being encouraged by supporters to enter the race soon. A decision is expected in the coming weeks or months.

The move also underscores an understanding, both among Sanders’ close aides and outside backers, that the Vermont Independent will need a more robust infrastructure and diverse staff in order to reach or exceed the support he received during the 2016 contest.

The source said the decision for Weaver to return in a different capacity was made well in advance of new reports about sexual harassment by staffers working on the 2016 campaign. Sanders, Weaver and the senator’s campaign committee have all since expressed regret over the inappropriate behavior and pledged to provide stronger safeguards going forward.
“I am not going to sit here and tell you that we did everything right in terms of human resources, in terms of addressing the needs that I’m hearing from now, that women felt disrespected, that there was sexual harassment, which was not dealt with as effectively as possible,” Sanders told CNN’s Anderson Cooper last week, apologizing to “any woman who feels like she was not treated appropriately.”

When asked if he knew at the time about the allegations, Sanders said he was not, adding, “I was a little bit busy running around the country trying to make the case” — a remark even close allies worried might undermine his apology.
Sanders and his team took steps after 2016, and before his 2018 Senate re-election campaign, to tighten rules and restrictions, requiring staffers to take training courses before joining and offering them an 800-number for lodging confidential complaints.

“Whether he runs for president or not, he took seriously enough the things he heard after the 2016 campaign to put some measures in place in 2018 and that’s what is most important,” said Nina Turner, a close Sanders confidant and president of Our Revolution, a political action organization spun out of Sanders’ 2016 success.
Weaver on Wednesday said he never intended to reclaim his title from 2016, noting that he has a teen son near college age, but said he expected to have an active role in putting together the infrastructure of a second Sanders presidential campaign.

“It was never my intention to run a subsequent campaign if there is one,” Weaver said on Wednesday. “I think if you look at presidential campaign managers, the number of people who have run multiple campaigns is very few. I think I can be most helpful to Bernie, if he runs, being a strategic adviser that needs to deal with some of the 30,000-foot issues as opposed to the management of a day-to-day campaign.”

Hi Birdies–it’s a big primary night. Poll closing Times: OH-4:30 PT/6:30 CT/7:30ET Kansas, Missouri – 5pm PT/7pm CT/8pm ET Michigan – 6PT/9CT/9ET (polls are open the same amount of hours in the Central time zone, which is in the UPI) Washington – 8:00 PT/10pm CT/11ET Incumbents count on low turnout in midterm primaries. That's why we've been all #GetOutTheVote and #GOTV on social all weekend. Voters in MI, MO, KS, and WA need to know who the Justice Democrat in their district is. Share this to help spread the word. https://t.co/bx994hx3cb pic.twitter.com/OFxuO7T4RE — Justice Democrats (@justicedems) August 6, 2018 Most … END_OF_DOCUMENT_TOKEN_TO_BE_REPLACED 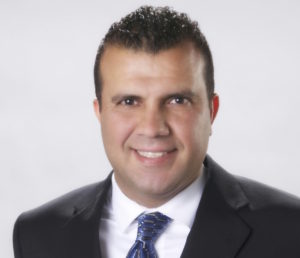 by Mary Ann Weston, Mondoweiss.net Jesse Sbaih, the Jordanian-born Nevada Congressional candidate who said he was discouraged from running by Sen. Harry Reid because of his Muslim faith, lost badly in Tuesday’s Democratic primary. Sbaih, whose Palestinian-refugee parents immigrated from Jordan when Jesse was 11, got 12.81 percent of the vote compared with 62.19 percent for Jacky Rosen, Reid’s hand-picked candidate. Both were seeking office for the first time. Rosen is president of a Henderson, Nevada synagogue. In March Sbaih made news when he asserted Reid told him, “You are not going to be able to win because you are … END_OF_DOCUMENT_TOKEN_TO_BE_REPLACED