Today is the day. I'll be on the debate stage in Miami tonight to continue our fight to create a nation that works for all of us. Watch live at 9 pm ET at https://t.co/4qQZuRS3oD. pic.twitter.com/CSSfqbJQwA

Or will Bernie be the only one with a substantial offering?

Senator Bernie Sanders of Vermont has started highlighting his policy differences with former Vice President Joseph R. Biden Jr. He’ll get a big chance in the second night of the Democratic primary debates on Thursday. To the extent that the two end up hogging the spotlight, it could draw airtime from Mayor Pete Buttigieg of South Bend, Ind., and Senator Kamala Harris of California, the other two candidates receiving strong support in polls. Here are the political dynamics to watch.

The Main Event
Well, duh. The two heavyweights. The only two who have previously run for president. Mr. Biden and Mr. Sanders represent the ideological poles of the primary field. This is the marquee matchup of the two-night debates. And both have plenty of tape to review. Mr. Sanders can watch how Mr. Biden navigated the multi-candidate 2008 debates. And Mr. Biden can study how Mr. Sanders attacked an establishment front-runner in his primary debates with Hillary Clinton.

Flanking Mr. Biden and Mr. Sanders will be two fresh faces of the Democratic Party’s future, each making the case that the future is now. Mr. Buttigieg has displayed an uncanny calm in national television appearances, and it can be easy to forget that the debate will be his introduction to millions of viewers. Ms. Harris’s best national moments have been at Senate committee hearings, where the former prosecutor interrogated hostile Trump administration witnesses. But she was in control of those settings. Debates are far less predictable.

Bernie will go on stage for the first #DemDebate in just a few moments. Now from Bernie HQ, @RoKhanna, @briebriejoy, @jmillerlewis and @BNeidhardt take your questions and share their predictions for debate night. Join the conversation at https://live.bern https://t.co/F661fW3IQs

More news, tweets, and videos in the comments section. Come join us! You can watch the debate here: 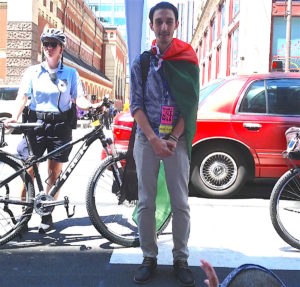 by Philip Weiss, mondoweiss.net For  those who care about Palestine, the most exciting moment of the Democratic convention took place Monday when a young delegate jumped on to his chair on the convention floor and unfurled the Palestinian flag. He was soon surrounded by a crowd holding up Hillary Clinton signs to make his demonstration disappear. But the incident quickly went out on social media — “a very human moment in a very dark time,” as Laila Abdelaziz put  it.   A remarkable moment @ #DNCinPHL when Florida Bernie Sanders delegate @AliAkinK raised the Palestinian flag. pic.twitter.com/t7Kp9BFkiS — Jamil Dakwar … END_OF_DOCUMENT_TOKEN_TO_BE_REPLACED

Hello everyone! There’s a liveblog going on below this, and I am sure there will be more going on above it soon, but wanted to throw this out as a standalone post for easier access:

While I check into why my climate roundup post never posted/disappeared completely and before I start putting togethers BNR (I’ll put it up way later in the morning than the current 3:40 a.m) I figured I’d throw this convention news up as a stand-alone item. The Press Release: Monday: United Together Featuring First Lady Michelle Obama, Senator Bernie Sanders and DREAMer Astrid Silva Gavel time expected at 3:00pm Monday will focus on putting the future of American families front and center and how we’re stronger together when we build an economy that works for everyone, not just those at the … END_OF_DOCUMENT_TOKEN_TO_BE_REPLACED

Via Politico: Sanders Threatens A Platform Fight Over TPP & Fracking Bernie Sanders has one big demand when the Democratic National Committee’s full platform committee meets in Orlando on Friday: Put the party on record as strongly opposing the Trans-Pacific Partnership. When the 187-member panel considers amendments to the draft platform hammered out by the 15-person drafting committee, Sanders’ allies will look to push a long list of policy tweaks: a carbon tax, a ban on fracking, and language promising to expand Medicare. Opposing the TPP — the sweeping 12-nation trade deal negotiated by the Obama administration — is the … END_OF_DOCUMENT_TOKEN_TO_BE_REPLACED 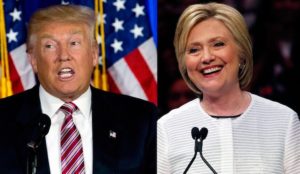 Con v Con <snip> The liberal class refuses to fight for the values it purports to care about. It is paralyzed and trapped by the induced panic manufactured by the systems of corporate propaganda. The only pressure within the political system comes from corporate power. With no counterweight, with no will on the part of the liberal class to defy the status quo, we slide deeper and deeper into corporate despotism. The repeated argument of the necessity of supporting the “least worse” makes things worse. Change will not come quickly. It may take a decade or more. And it will … END_OF_DOCUMENT_TOKEN_TO_BE_REPLACED