‘A Complete Capitulation’: Outrage as Democrats Abruptly Back Off Push for Witnesses in Trump Trial

Shortly after the Senate voted to pave the way for witnesses in Donald Trump’s impeachment trial, Democratic lawmakers and the former president’s defense team reached a deal to merely enter a statement by Republican Rep. Jaime Herrera Beutler into evidence instead of having her testify under oath on her knowledge of a call between Trump and House Minority Leader Kevin McCarthy.

The agreement effectively slammed the door on the possibility of witnesses in the trial, potentially clearing a path for a final vote on the impeachment charge on Saturday. After the deal was announced on the Senate floor, Democratic managers moved into closing arguments.

The abrupt change of course by Democrats was met with outrage by progressive observers and analysts who viewed Herrera Beutler’s potential testimony—and that of others who may have been compelled to come forward—as an opportunity to uncover additional information about Trump’s conduct on the day of the deadly attack on the U.S. Capitol last month.

“Even if you’re convinced no testimony will change the minds of 40 Republicans—and I think that’s a fair assumption—leaving witnesses on the table is an incredible mistake,” tweeted HuffPost’s Matt Fuller. “After impeachment managers presented a fantastic case, the decision to fold is what will be remembered.”

In the statement that was entered into the record, Herrera Beutler—one of the 10 House Republicans who voted to impeach Trump last month—said that “when McCarthy finally reached the president on January 6 and asked him to publicly and forcefully call off the riot, the president initially repeated the falsehood that it was antifa that had breached the Capitol.”

“McCarthy refuted that and told the president that these were Trump supporters,” Herrera Beutler said. “That’s when, according to McCarthy, the president said, ‘Well, Kevin, I guess these people are more upset about the election than you are.'”

Judd Legum of Popular Information argued that because Herrera Beutler’s statement had already been released to the public, the agreement to enter it into evidence is “objectively the same as a complete capitulation on witnesses and the Democrats should just own up to that.”

“This is retreat. White flag. Malpractice. Completely unstrategic,” added Adam Green, co-founder of the Progressive Change Campaign Committee (PCCC). “They just closed the door on others who may have stepped out, as Herrera Beutler urged last night. Just when we thought Dems were being bold and strategic. This is grabbing lameness out of the jaws of boldness.”

Watching the R's throw sand in the gears of the D's closing arguments gives me great optimism that they want to work with President Biden on all those agenda items that calling witnesses would have delayed.

After close review of recent Tweets from the @realDonaldTrump account and the context around them we have permanently suspended the account due to the risk of further incitement of violence.https://t.co/CBpE1I6j8Y

Too bad they didn’t do this on January 22, 2017 when he had the Muslim ban and nasty comments ensued, close to inciting riots, thus violating their terms of service. what the hell, only a few days left in his term. Maybe impeachment will happen.

Benny’s Bar & Buds is open for hangout. This serves as an open thread. 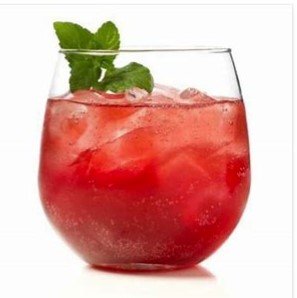 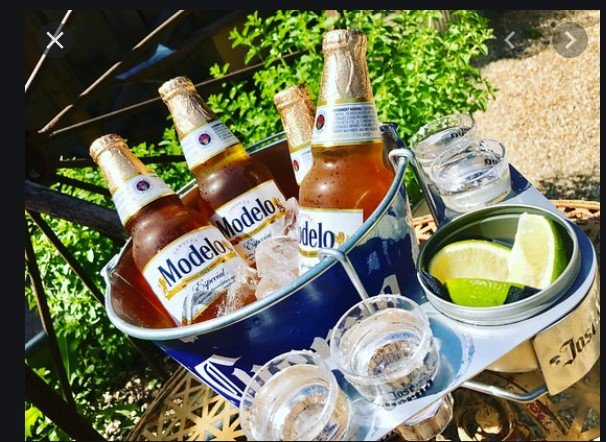 Continuing coverage about the GE and other news.
New York’s Working Families Party cleared the threshold to keep its automatic ballot line.

According to late Tuesday night voter tallies, at least 283,000 New Yorkers voted for Joseph R. Biden Jr. and Kamala Harris on the Working Families Party line, amounting to 4.5 percent of all votes cast in the presidential election.

Those numbers far exceed the state’s new thresholds for third-party ballot access. According to the new rules, a third party must garner 130,000 votes in a presidential election, or 2 percent of the total vote — whichever is higher — if that party wants to retain its ballot line.

The previous threshold was 50,000 votes in a race for governor.

The Working Families Party has sparred with Mr. Cuomo in recent years. The new rules posed such a risk to the party’s electoral influence that it directed significant financial resources away from competitive races and toward preserving its ballot line.

“Working people and Black and brown communities are historically challenged when we grow in power — and the threat to our ballot line is no different,” Sochie Nnaemeka, the Working Families Party’s state director for New York, said in a statement Tuesday night. “What’s clear, though, is our campaign to protect the ballot line has only resulted in a stronger, more united progressive movement in New York State.”

More election news, tweets, videos, etc in the comments. Bar is closed, but you are welcome to bring your own beverage. 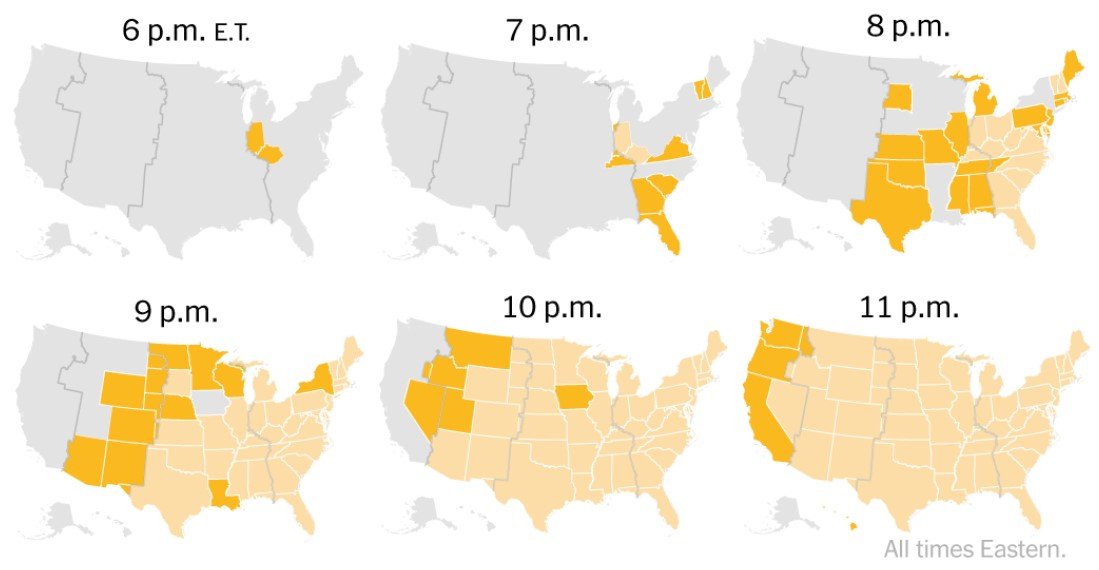 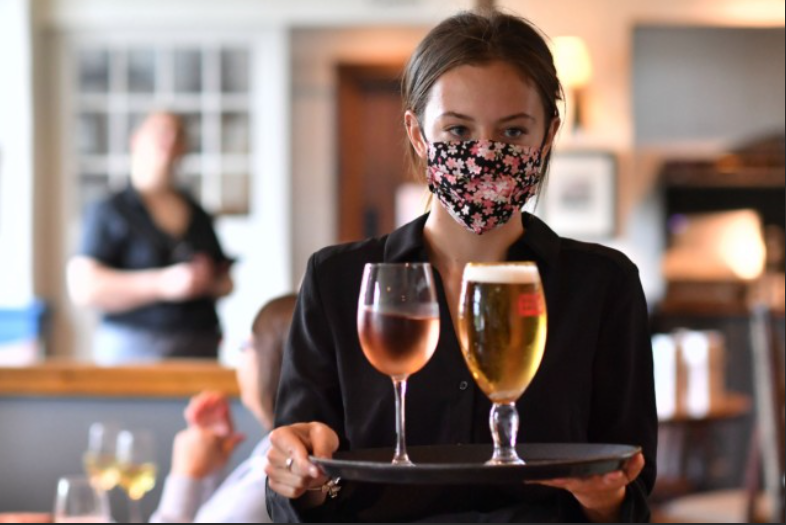 Trump, Troll-in-Chief, wags the Impeachment Dog by Going to War with Iran

The madman in the White House has been sulking and raging for weeks about his impeachment proceedings, tweeting manically on some days more than 100 times. With the release by JustSecurity.org of unredacted emails on the Ukraine scandal showing that Trump personally (and illegally) withheld congressionally mandated military aid to an ally, the Republican defense of the president is collapsing. Some GOP senators such as Susan Collins and Lisa Murkowski seem to be weakening on calling witnesses and subpoenaing records for the Senate trial, and the Democrats only need four Republican senators to ensure a proper proceeding, which would certainly put Trump’s presidency in peril.

It is extremely suspicious that Trump has abruptly begun trafficking in the sanguinary merchandise of all-out war just at this moment when his throne is on the brink of toppling.

Now, by murdering Qasem Soleimani, the head of the Jerusalem (Qods) Brigade of the Iranian Revolutionary Guards Corps, Trump has brought the United States to the brink of war with Iran. Mind you, Iran’s leadership is too shrewd to rush to the battlements at this moment, and will be prepared to play the long game. My guess is that they will encourage their allies among Iraqi Shiites to get up a massive protest at the US embassy and at bases housing US troops.

They will be aided in this task of mobilizing Iraqis by the simultaneous US assassination of Abu Mahdi al-Muhandis, the deputy head of the Popular Mobilization Forces. Al-Muhandis is a senior military figure in the Iraqi armed forces, not just a civilian militia figure. Moreover, the Kata’ib Hizbullah that he headed is part of a strong political bloc, al-Fath, which has 48 members in parliament and forms a key coalition partner for the current, caretaker prime minister, Adil Abdulmahdi. Parliament won’t easily be able to let this outrage pass.

Soleimani was a murderer, responsible for the deaths of thousands, including hundreds of Americans. But this reckless move escalates the situation with Iran and increases the likelihood of more deaths and new Middle East conflict. Our priority must be to avoid another costly war.

I keep coming back to this. The focus on Suleimani obscures what's really happened here:

We've gone to war with Iran.

There's been no congressional debate. No effort to secure allies, public support, or UN or NATO-backing. No discussion of trade-offs. https://t.co/rdUv4dIudH

deja vu all over again?#WW3

I only trust @SenSanders

“War with Iran would be disastrous and wholly unnecessary. Military and diplomatic leaders have warned it could bring costs, in both blood and treasure, greater than the wars with Iraq and Afghanistan combined.” —Stephen Miles, Win Without WarIn a statement responding to what other critics decried as an “explicit act of war” by the sitting U.S. president, Sanders said, “Trump promised to end endless wars, but this action puts us on the path to another one.”

Sanders invoked his vote against the U.S. invasion of Iraq in 2002 when he was a member of the U.S. House of Representatives during the Bush administration’s push for war. “I feared it would lead to greater destabilization of the country and the region,” Sanders explained. “Today, 17 years later, that fear has unfortunately turned out to be true. The United States has lost approximately 4,500 brave troops, tens of thousands have been wounded, and we’ve spent trillions on this war.”

Sanders was hardly alone in his condemnation of what Trump has done by targeting and killing the powerful Iranian military leader—a figure many consider to be the second-most powerful person in the Iranian government behind supreme leader Ayatollah Ali Khamenei.

Sen. Elizabeth Warren, Sanders’ rival in the 2020 Democratic primary, also railed against what she called a “reckless move” by the president—even as she deployed the widely derided “he was a bad guy, but…” construction.

More tweets, news, and videos in the comments.