Human Rights Are Not Enough – We must also embrace the fight against economic inequality.

In 1981, the playwright Zdena Tominová, on an extended visit to the West from her home in communist Czechoslovakia, traveled to Dublin to give a lecture. A critic of her country’s political regime, she was the spokesperson for Charter 77, one of the first dissident organizations to turn human rights into an international rallying cry.

Tominová, however, surprised the crowd. She explained that, growing up as a beneficiary of the state’s communist policies, she felt grateful for the ideals of her youth and their politics of material equality. “All of a sudden,” she remembered of the leveling of classes she witnessed as a child, “I was not underprivileged and could do everything.” This was striking, coming from a woman who’d seen the suppression of the Prague Spring reforms in 1968 and who’d had her head pounded into the pavement for her membership in Charter 77.

But even when government officials urged her to flee the country to avoid imprisonment, Tominová remained true to her generation’s socialism. “I think that, if this world has a future, it is as a socialist society,” she told her Irish audience, “which I understand to mean a society where nobody has priorities just because he happens to come from a rich family.” And this socialism was not just a local ideal: “The world of social justice for all people has to come about.” Tominová made it clear that socialism should not be used as an alibi for the deprivation of human rights. But by the same token, for her nation and for the world, the emergence of a human-rights framework should not serve as an excuse to abandon the fight against inequality.

Today, Tominová’s speech looks ironic: Her human-rights ideals became common sense, but the socialist ones cratered. Data show that texts were overwhelmingly more likely to use the word “socialism” than “human rights” until the late 20th century. The terms’ relative popularity switched right around the end of the Cold War in 1989. As the notion of human rights spread, people found it easier to identify with strangers across borders. Yet at the same time, the liberalization of markets, the reliance on free trade, and the mission of governance to institutionalize both created vast gulfs of inequality. Human rights became our highest moral language even as the rich seized ever more power and wealth.

Some 40 years on, we should reassess how the human-rights movement fits into the growth of this new political economy and redefine our sense of justice to counter the triumph of free-market ideology and the explosion of inequality. We should also ask how we can revive Tominová’s vision, which combined human rights with a broader sense of social welfare without abandoning one for the other.

Wendell Potter, Nation On the Take: How Big Money Corrupts Our Democracy and What We Can Do About It (w/Nick Penniman)/Center for Public Integrity/Center for Media and Democracy, joins Thom. The United States of America is now – for lack of a better word – the best democracy money can buy. Billionaire oligarchs like the Koch Brothers now outspend political parties – members of congress spend most of their day begging for donations instead of writing new laws – and lobbyists make millions and billions selling access to the commons. Needless to say – this is not the world our … END_OF_DOCUMENT_TOKEN_TO_BE_REPLACED 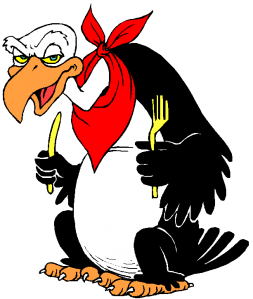 The Senate is set to consider a bill to create a federally appointed control board with sweeping powers to run Puerto Rico’s economy to help the island cope with its crippling debt crisis. The bill, known as PROMESA, passed the House last week by a bipartisan vote of 297 to 127, but opponents have decried the measure as antidemocratic. “We’re engaged today in a wholly undemocratic activity in the world’s greatest democracy,” said Rep. Rep. Luis Gutiérrez. In the Senate, Robert Menendez, Dick Durbin and Bernie Sanders have come out against the bill, and any one of them could filibuster … END_OF_DOCUMENT_TOKEN_TO_BE_REPLACED