At White House Lie-In, Teens Call on Congress to ‘Protect Kids, Not Guns’

Building on the nationwide mourning and outrage that followed a Florida school shooting last week that left 17 people dead, dozens of teenagers held a “lie-in” at the gates of the White House on Monday to protest years of congressional inaction on gun control and highlight the National Rifle Association’s pernicious influence on the political process.

The demonstration began with protesters—many of them from the group Teens for Gun Reform (TGR), which organized the event—lying on the ground in front of the White House for several minutes, symbolizing “how quickly someone, such as the Parkland shooter, is able to purchase a gun in America.”

“We have organized this protest in solidarity with all of those who were affected by the horrific school shooting in Florida,” TGR said in a statement. “We call on President Trump and leaders from both parties to finally act in the interest of America’s youth and end these tragic mass shootings. It is imperative that American children are safe in their classrooms, churches, malls, movie theaters, and streets.”

Hoisting signs that read “NRA: There Is Blood on Your Hands” and “Protect Kids, Not Guns,” demonstrators also directed “Shame on you!” chants at the White House.

But President Donald Trump—whose speech in the aftermath of the Florida shooting didn’t mention guns once—was not in the White House to hear the chants or listen to the protesters’ demands, as he spent President’s Day playing golf at his club in West Palm Beach, Florida.

We should lower the voting age to 16!

The students I teach are more than capable of understanding the issues. They deserve to have their voices heard to demand gun reform, action on climate change, and policies to make college more affordable. https://t.co/4LwNdjsl1V

Sen. Bernie Sanders will join progressive groups in Iowa, Wisconsin and Michigan next week as part of a nationwide campaign to drum up grassroots opposition against the new Republican-backed tax law ahead of the midterm elections.

The Vermont independent will take direct aim at Trump-era Republicans’ signature legislative achievement in those three key states, two of which, Michigan and Wisconsin, were instrumental in the President’s 2016 victory over Hillary Clinton.

Sanders, who already announced plans to stump for Pete D’Alessandro, a 2016 aide now running for Congress, on February 23 in Des Moines, Iowa, is scheduled to headline an event in Cedar Rapids that evening, before leading rallies the next two days in Green Bay, Wisconsin, and Lansing, Michigan. He will also host a rally for Democrat Randy Bryce, who is running in Wisconsin’s first congressional district, home to House Speaker Paul Ryan, during his time in the state.

The tax law has seen an uptick in popularity since it was passed by Republicans in the House and Senate and signed by President Donald Trump in December. According to a Monmouth University poll released in January, 44% of Americans approve of the plan and 44% disapprove of it.

In a statement, Sanders ripped the tax bill, calling it “one of the worst pieces of legislation in the modern history of our country.”

In a new report unveiled on Wednesday, Sen. Bernie Sanders (I-Vt.) and Democrats on the Senate Budget Committee offered a scathing assessment of the Senate GOP’s recently unveiled budget blueprint, which they said would result in “a massive transfer of wealth from working families, the elderly, children, the sick, and the poor to the top one percent.”

The report highlighted in particular the Republicans’ plan to slash funding for Medicare and Medicaid by $470 billion and $1 trillion respectively over the next decade—a move that would have devastating consequences for tens of millions of Americans.

The analysis also points to deep cuts the GOP budget would impose on other crucial safety net programs, including:
A $37 billion cut to affordable housing programs, which would “eliminate” housing assistance for over a million families.
A $6.5 billion cut Special Supplemental Nutrition Program for Women, Infants, and Children (WIC).
A $3 billion cut to Head Start, which the report says would strip educational assistance from 25,000 children per year.
A $37 billion cut to the National Institutes of Health, “which would cut funding for Alzheimer’s disease, cancer, and other critical medical research.”

In total, the report estimates that the Senate GOP’s budget would slash $5 trillion from non-defense spending over the next decade.

“Meanwhile, at a time when the U.S. already spends more on defense than the next 12 countries combined,” the analysis notes, “the Republican budget lays the groundwork for an increase of $91 billion to the Pentagon for Fiscal Year 2018 alone—more than enough to provide free tuition at every public college and university in America.”

More news/video/etc. in the comments including: 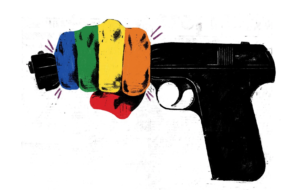 Reaching what some have called mutiny level, Democrats continue the House floor protest as Paul Ryan attempts to get control. Democrats have been holding a sit in all day while protestors gather outside the Capitol building. Speeches, chanting, holding up signs with names of shooting victims and even singing of “We Shall Overcome”  have been heard of the House floor today as legislators push for a vote on gun legislation. Bernie Sanders visited the House to show his support and was met with a standing ovation! H/T Benny   Amazing scene on MSNBC right now as Paul Ryan tries to … END_OF_DOCUMENT_TOKEN_TO_BE_REPLACED 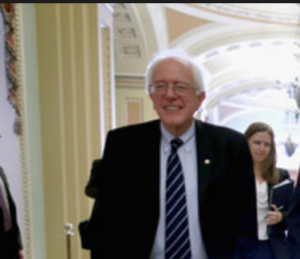 The Vermont senator will cast his first votes since January on gun legislation Monday after his absence from a Democrat-led filibuster Wednesday due to the wind down of his Presidential campaign.  The 15-hour filibuster was held to demand action in the wake of the Orlando mass shooting on legislation to ban gun sales to suspected terrorists and expand background checks for gun buyers. Sanders participated in a vigil in his hometown of Burlington on Monday night to honor those who died in Orlando and called for a ban on assault weapons in speeches this week. Sign the Petition to … END_OF_DOCUMENT_TOKEN_TO_BE_REPLACED 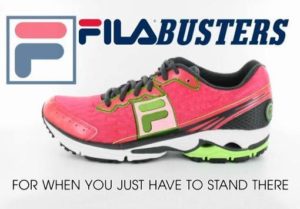 CT Senator Murphy Senator Blumenthal have launched a talking filibuster on the floor of the Senate vowing they will hold the floor until lawmakers start doing something about gun violence.