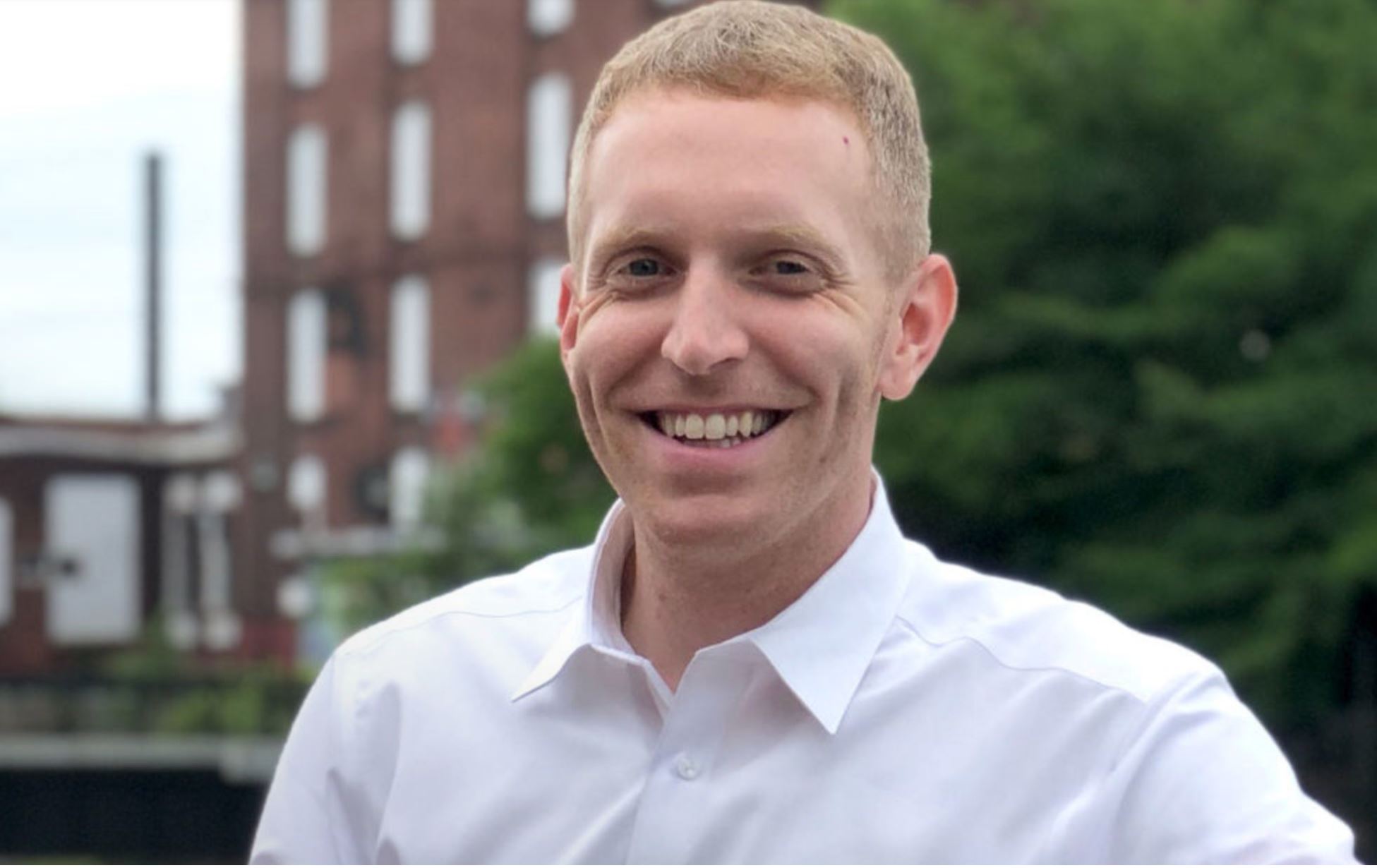 Alex’s story in the 1st congressional district starts in a Holyoke housing project where his parents met and fell in love. Both his mother and father grew up in poverty. Alex’s parents started a family as teenagers and neither had a chance to attend college. They worked tirelessly with what they had, struggling from job to low-wage job on public assistance in public housing. Over time they were able to make their way into the working class. Now 33 years down the road, Alex’s father heads to the same meat packing company in Springfield every day of the week for work. And Alex still recalls the neighborhood family daycare his mom ran at his childhood home.

His interest in public service brought him to Brown University, and led him to become the first member of his family to earn a college degree. While a student, he spent his summers in Holyoke, coming back to his hometown to serve under-resourced youth like himself learn skills for future success. Back at school, Alex’s vision for organizing and helping his hometown only grew deeper. He announced his candidacy for mayor of Holyoke at age 21, while still a senior at Brown. He has served as Holyoke’s mayor since 2012, winning 4 elections during his time in City Hall. Elected at 22, Alex is the youngest and first openly gay mayor in the history of the city of Holyoke.

This growth all turns on Alex’s belief that the greatest asset of any American district is its people. Whether pursuing a housing strategy that promotes growth while avoiding gentrification, giving citizens tools to launch small businesses, or improving public safety through community policing, Alex has always moved forward with the doors of City Hall wide open to the voices of its biggest treasure: The People.

As Mayor, he implemented and defended a needle exchange program to fight the scourge of the opioid epidemic. His commitment here was spurred not only by the public costs, but by his family experience with his brother’s heroin addiction and seeing firsthand the emotional, financial, and generational toll that this disease has on all the people it touches. He opened the city’s arms in welcome to hundreds of Puerto Rican families displaced by Hurricane Maria. He has been a steadfast defender of reproductive justice, a leader for affordable housing solutions, and he was the very first politician in the state to endorse marijuana legalization, citing both economic opportunity and the disproportionate impact of drug laws on minority communities. Alex is a leading champion for progressive values.

Alex regularly travels the country to share his experiences with students and other leaders. He’s been a lecturer in Urban Government and Politics at UMASS Amherst since 2014. His teaching seeks to instill in his students a deep belief in democracy and the capacity of politics to make communities stronger, more prosperous, and more just. His life has been about always doing the work, always seeing the people, and always bringing it home. 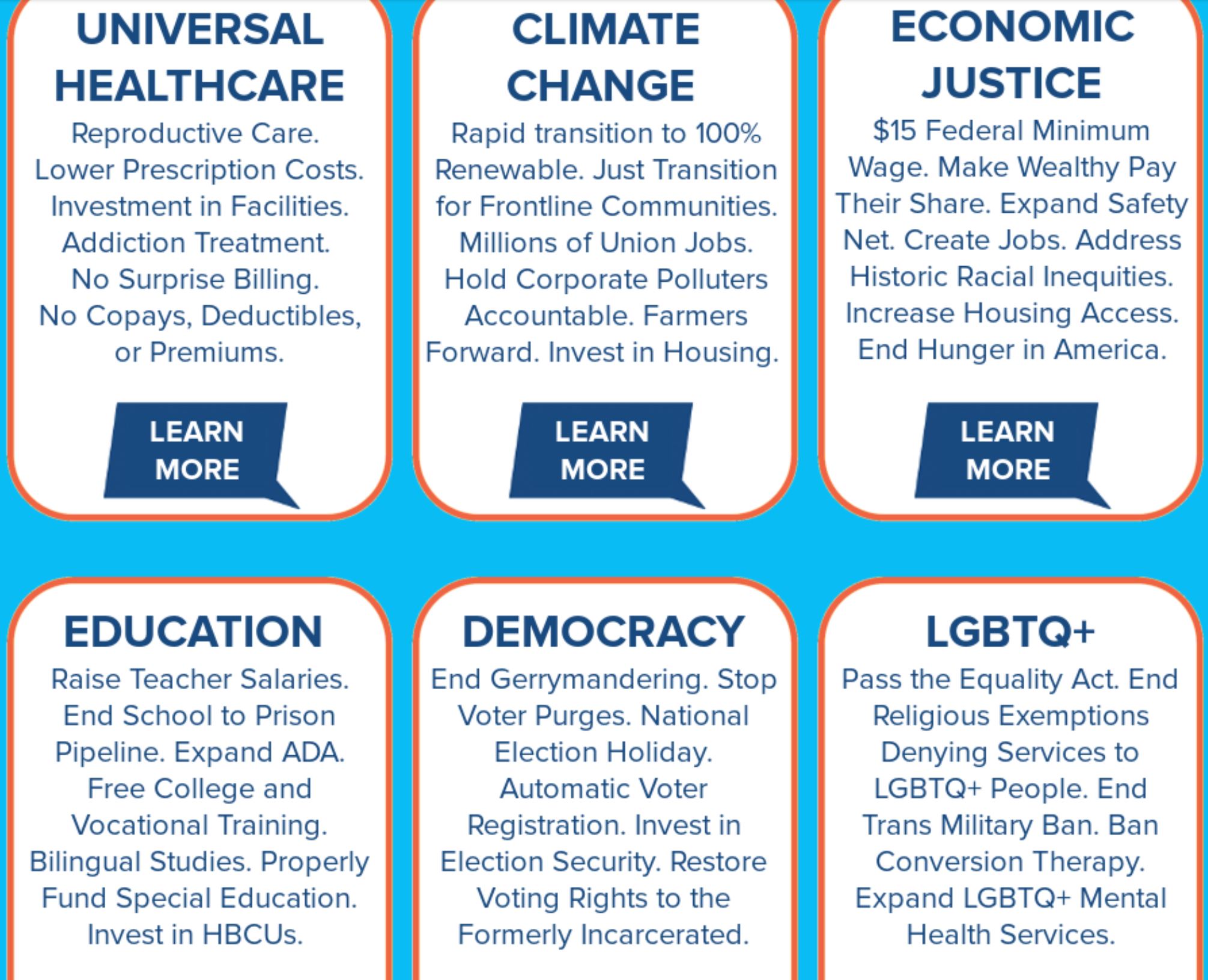 Shall we add him to our list? BTW, there are no GOPers so far who have announced any intentions to challenge the seat. Primary is September 1st.

New: Jesse Jackson endorses Bernie Sanders.
He says Biden didn’t reach out to him, then gives 13 reasons why he chose Sanders: pic.twitter.com/j3H6v8U68G

BREAKING: @justicedems are officially endorsing @BernieSanders for President of the United States https://t.co/pWHbf2JxTG

Bernie’s and AOC’s rally in Ann Arbor will be starting shortly after 5CT. Here’s the link below.

More news, tweets, and video clips in the comments section.

“If I had Medicare for All in 2012, I’d still be working. I wouldn’t be sitting here dying in my own home. And I don’t want that to happen to anybody else." –Jim Williams pic.twitter.com/FbvjpkMmle

Good news Jim! The Progressive Wing agrees with you that Bernie is willing to fight for healthcare as an American right, but that all countries should offer it if they can. We know our country can afford it.

Quite the turnout for Berniestock featuring Bon Iver, though it’s still TBD whether Sanders himself will make it tonight from the Senate trial. pic.twitter.com/5KB6y1s1Rw

DNC Up to New Bullshite today…

DNC chair Tom Perez on his reasoning for not holding a climate debate because it violated agreed-to rules about the (left) vs. the DNC changing agreed-to debate rules to accommodate a billionaire (right) 🤔 pic.twitter.com/U4Xunxz9Zu

The whole idea behind the current formula was to winnow the number, not add.

So now that Bernie Sanders is the frontrunner, the DNC is changing its debate rules mid-primary, eliminating the small donor threshold to let Bloomberg buy his way onto the stage.

Meantime, some current and former Justice Dems are helping on the ground in Iowa for Bernie’s campaign:

Happy weekend birdies! One of the Strongest Progressives Is Facing a Primary Challenger Invoking Identity and Change. Will She Unseat Him? A different type of race is taking shape in the Democratic primary for Massachusetts’s 7th Congressional District, a seat comprised of downtown Boston and surrounding suburbs. Though media outlets across the country have labeled the Pressley challenge in Massachusetts as the “next Ocasio-Cortez,” the race differs from other progressive challenges to entrenched Democrats: Pressley’s policy positions are frequently indistinguishable from her opponent. In a race between two similarly positioned politicians, how important is identity? The challenge to Capuano raises … END_OF_DOCUMENT_TOKEN_TO_BE_REPLACED