Skip to toolbar
↓
Home→Tags March for Our Lives

Joe Biden has lost a substantial part of his black-voter support and is now running about even with Bernie Sanders, a new Wall Street Journal/NBC News poll has found.

Here’s the tabulation referred to. 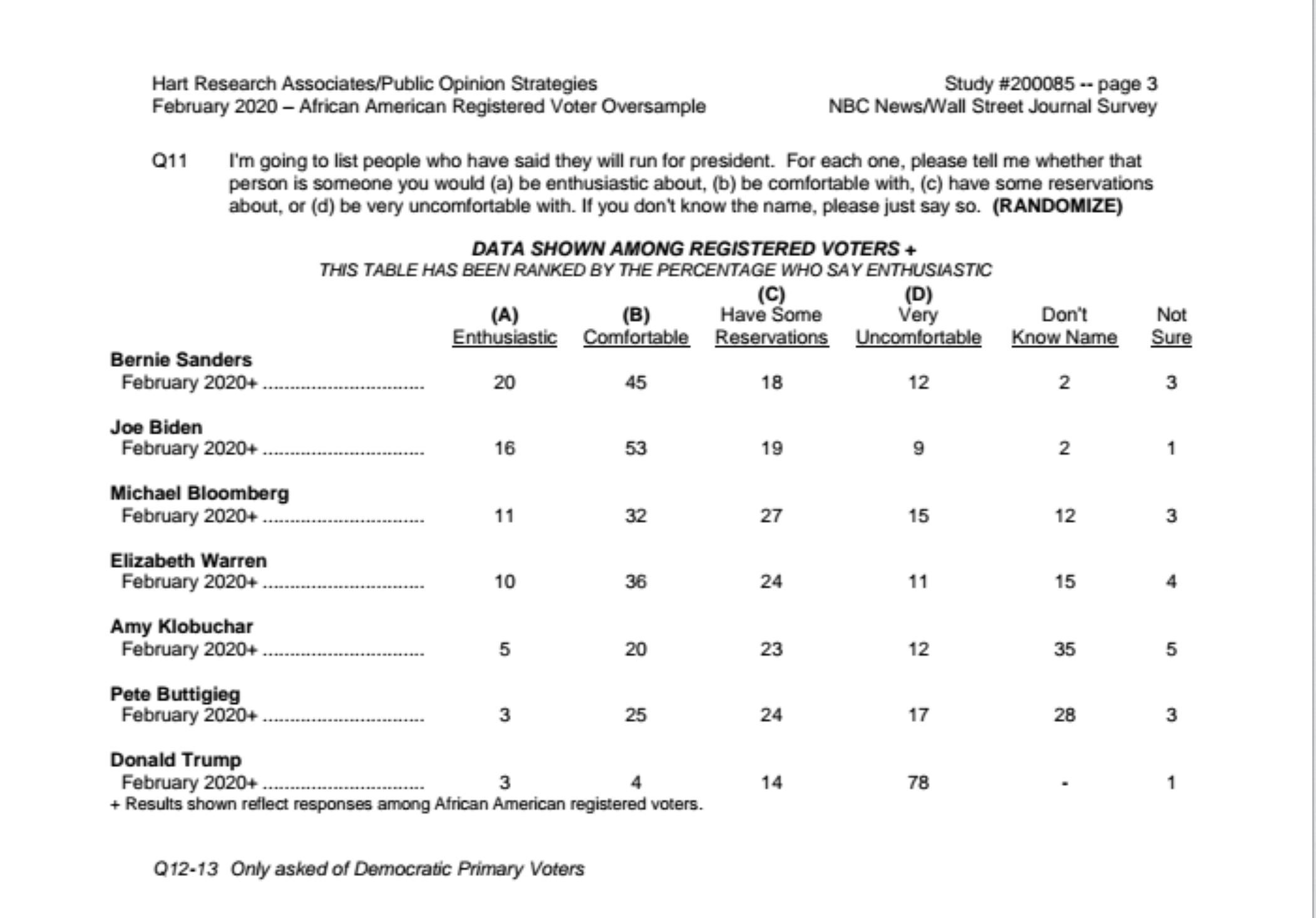 – He has a loud voice

– Passing more amendments than anyone, getting billions for community health centers & passing landmark veterans legislation proves he gets nothing done

– Leading in the polls proves he can’t win

This endorsement from March for Our Lives Co-founders (not all) was made yesterday, but I think it’s worth touting again.

I’m always reminded of this tweet from that protest:

Last night, TOP had a liveblog going about Anderson Cooper’s Stephanie Clifford interview on 60 Minutes last night. I discovered it on the Recent Story list while looking for the new series, These Revolutionary Times. Also, I found another FP post by GOS himself, who provided a quick transcript from CBS. To me, it is pitiful but TOP is starving for ratings. I’m surprised they didn’t solicit quite the polling that CNN did: Source: CNN Mind one, I did see the interview when it was being broadcasted last evening. The only thing that was particularly interesting was the timing of … END_OF_DOCUMENT_TOKEN_TO_BE_REPLACED