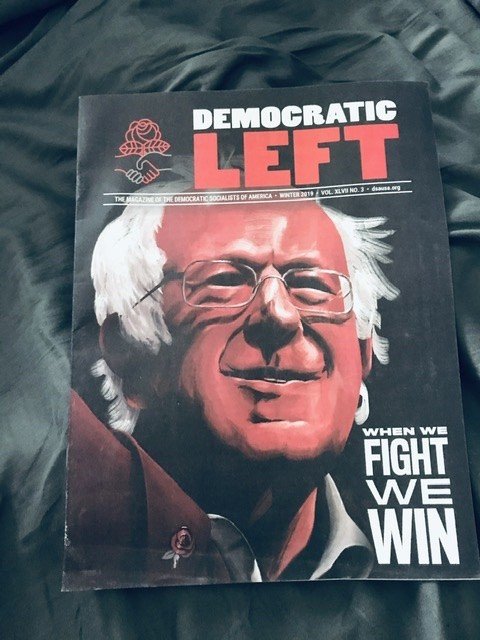 Bernie should ask Anderson Cooper how we'll pay for war with Iran.

Hopefully, Bernie will be able to lay out more of his views about foreign policy in the Middle East, but I predict most of it will land on the stupidity of Trump-Pence-Pompeo.

.@BernieSanders pledges to fight to stop Pres. Trump from starting a war with Iran: “I will do everything I can as a US Senator, in terms of the War Powers Act… in terms of defunding any effort of the Trump admin. to go to war… to stop what I think will be another disaster.” pic.twitter.com/XgR3sweLL6

Secretary of State Mike Pompeo, speaking in Jordan at the end of a four-day, four-nation tour through the Middle East, expressed support on Monday for Israel and its response to weekly protests in Gaza that have left dozens of people dead. “We do believe the Israelis have the right to defend themselves, and we’re fully supportive of that,” he said at a news conference with Ayman Safadi, the Jordanian foreign minister, when asked about the protests. — www.nytimes.com/… Let us be clear, what Pompeo called “defense” was a nuclear-armed state sending young men and women to shoot at protesters in Gaza, … END_OF_DOCUMENT_TOKEN_TO_BE_REPLACED

Tens of thousands of Gazans walked toward the border facing a heavily armed Israeli line. They walked toward rifles and drones. Israel had announced its deployment of a hundred snipers authorized to use live ammunition. And fire they did; the United Nations reports 15 dead and 1,416 wounded, including 750 hit by live ammunition, of whom 20 are in critical condition. […] The Israeli army additionally militarizes a belt of Gaza’s agricultural land, intruding a further 300 to 500 meters into Gaza. That is the zone in which live fire is being used. Gazans are walking and being killed, on … END_OF_DOCUMENT_TOKEN_TO_BE_REPLACED

The New York Times’ Jerusalem bureau chief, David Halbfinger has a lengthy article about how recent Trump administration and Israeli actions have led Palestinians to more seriously consider changing their position to advocate for a single state with equal rights for all. It’s titled: As a 2-State Solution Loses Steam, a 1-State Plan Gains Traction: The Israeli right, emboldened by President Trump’s recognition of Jerusalem as Israel’s capital, is not the only faction arguing for a single state between the Jordan River and the Mediterranean Sea. The Palestine Liberation Organization has also begun to ask whether that might not be such a bad … END_OF_DOCUMENT_TOKEN_TO_BE_REPLACED

John Conyers Jr. is Dean of the House of Representatives, he was first elected to Congress in 1965.He is currently in his 26th term, and is one of only seven people to have served over 50 years in Congress. Conyers was a founding member of the Congressional Black Caucus. Rosa Parks served on his staff for over twenty years and he visited Selma to meet with Freedom Riders multiple times in the 1960s. In many ways, his longevity makes him a living link to our past. Four days after MLK was assassinated, Conyers introduced a bill in Congress to make his birthday a … END_OF_DOCUMENT_TOKEN_TO_BE_REPLACED

This baby is learning to live life without her fingers after she was injured by a Saudi-led coalition airstrike in Yemen. pic.twitter.com/qnkTzQ0mCN — Channel 4 News (@Channel4News) July 20, 2017 Our government sold the airplanes that dropped these bombs. Our government refuels the planes on their sorties. Our government makes and sells the bombs, including cluster bombs. We share responsibility for these atrocities. And please don’t believe any of the bullshit peddled to us about how our bombs bring “freedom” and “democracy”. The hands on the triggers are Saudi and we provide the political cover for the Saudis as they do this. … END_OF_DOCUMENT_TOKEN_TO_BE_REPLACED

We have been at war in Afghanistan for almost 16 years now, and for much of that time, it’s been two steps forward and three steps back. This week, we went three steps back as ISIS captured the mountain fortress of Tora Bora. The ISIS forces in Afghanistan include the remnants of Al-Qaeda. Tora Bora is where Bin-Laden went immediately after 9/11. It’s a large complex with miles of tunnels, roads and caves dug into granite mountains. If you think this is only two steps back, recall that Tora Bora was originally built with funding from the CIA. The CIA helped build this … END_OF_DOCUMENT_TOKEN_TO_BE_REPLACED