So Netanyahu made a big show yesterday out of what was billed as a big reveal of supposed evidence of Iran lying about their nuclear weapons capacity. And when I say “big show”, I mean Netanyahu was up there on stage acting like a carnival barker. He was whipping black (natch) cloth off of bookcases full of ‘very serious’ looking binders and off of a large display of shiny CDs all neatly lined up for dramatic effect. All to demonstrate that: Convinced yet? Neither is the rest of the world..for the most part at least. From PBS: Netanyahu’s nuclear presentation gets cool reception in … END_OF_DOCUMENT_TOKEN_TO_BE_REPLACED

As the 50th anniversary of Israel’s occupation of the West Bank, Jerusalem and Gaza approaches, there will be several lengthy retrospectives. One of the better ones was, surprisingly, published by the NY Times today. Nathan Thrall is a senior analyst at the International Crisis Group. He’s also the author of “The Only Language They Understand: Forcing Compromise in Israel and Palestine.” he makes a persuasive case that the Israeli occupation is on track to run another 50 years, aided and abetted by the US. The widely held misconception that the occupation is unsustainable and prone to collapse any minute now, under the weight … END_OF_DOCUMENT_TOKEN_TO_BE_REPLACED 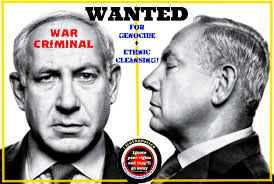 Hopefully, this is good news for Occupied Palestine. by Associated Press, The New York Times JERUSALEM — Long-serving Prime Minister Benjamin Netanyahu faces a potentially formidable challenge to his hard-line rule — not from Israel’s civilian politicians but instead from its revered security establishment. An extraordinary array of former top commanders are criticizing Netanyahu in increasingly urgent terms, accusing him of mishandling the Palestinian issue and allying with extremists bent on dismantling Israel’s democracy. On Tuesday, a group representing more than 200 retired leaders in Israel’s military, police, Mossad spy service and Shin Bet security agency presented a plan to … END_OF_DOCUMENT_TOKEN_TO_BE_REPLACED

by Yakov Hirsch at Mondoweiss.net I closely follow the American coverage of the political crisis in Israel, in which Israeli generals have issued historic critiques of the government as fascistic and reminiscent of Nazi Germany, because some pro-Israeli American journalists have historically been less than honest when “reporting” news from that region. How are they going to do with Israel’s latest black eye? The results haven’t been very encouraging so far. The New York Times has portrayed the crisis fatuously as a “changing of the guard.” Max Boot in Commentary tells us that the battle is “complex and interesting” and … END_OF_DOCUMENT_TOKEN_TO_BE_REPLACED 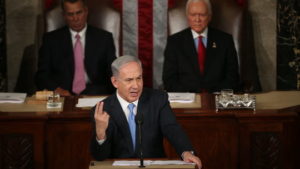 by Yakov Hirsch, Mondoweiss.net “You’ve lost your mind for some reason and you need to be replaced” — Former Israeli PM Barak on current PM Netanyahu Benjamin Netanyahu’s days are numbered. There is near unanimity among people that matter from the hawkish right to the left that Benjamin Netanyahu remaining Prime Minister is the biggest national security  threat to the state of Israel. For the first time there will be recognition by all PM wannabees that egos must be put aside toward the goal of removing Netanyahu. They will use draconian language to emphasize the threat Netanyahu and the “settlers” … END_OF_DOCUMENT_TOKEN_TO_BE_REPLACED