Vox has a cool new video up about “The Case for Bernie Sanders”.

If you missed Bernie’s rally in Winston-Salem, here’s the link. Nina is on at the 1:05 mark.

Over 4700 in Richmond this afternoon to see @BernieSanders. A real testament to the hard work of volunteers across the state who have organized for months and months to get to this point. pic.twitter.com/D6gnaLEBSV

Bernie Sanders rallies supporters in Richmond ahead of Super Tuesday

The thousands of people who showed up for a Bernie Sanders rally five days before the Super Tuesday Democratic primaries did not come to size up the presidential candidate.

They were all in for Sanders (I-Vt.), who was trounced in Virginia by Hillary Clinton four years ago, but who was tied for the lead with former New York mayor Mike Bloomberg in the most recent poll for this year’s contest.

“I think that this candidate represents the best chance for substantive change that I’ve seen in my lifetime,” said Kristin Reed, 41, a Virginia Commonwealth University professor. “This is really not just an election. This is a movement.”

Also in the crowd was Zhue Azuaje, 27, who works for the American Civil Liberties Union in Richmond. “As a queer, Hispanic, immigrant woman, his campaign has really spoken to me,” she said. “He has such a strong, diverse base.”

Sanders began his remarks by apologizing to those who had to be turned aside from the massive gymnasium in the Arthur Ashe Junior Athletic Center. Campaign officials said the fire marshal estimated that 4,700 attended the event.

“We will defeat the most dangerous president in the modern history of this country,” he said, calling President Trump a “pathological liar” who is running a “corrupt administration,” and is “moving this country into an autocratic-type society.”

“Trump, you’re not going to get away with it,” Sanders said to enormous cheers. “We’re going to defeat you.”

As he has throughout his two presidential campaigns, Sanders promised sweeping changes on many fronts, including education, immigration and criminal justice. On the last of those alone, he said he would end mass incarceration, private prisons and the “destructive war on drugs.” He said on his first day in office, he would sign an executive order to legalize marijuana.

His takedown of the health-care and pharmaceutical companies drew claps and cheers, even as he got into the nitty-gritty of what would be provided to Americans.

Though “hearing aids,” “eyeglasses” and “home health care” are not traditional applause lines, each prompted the crowd to erupt.

Sanders said if young people vote at the same level as those 65 and older, he would “beat Trump in a landslide, we will transform America.”

More gibber jabber, tweets, video, and news in the comments.

North Carolina is ready for a fresh start!

For far too long our families and communities have been ignored, dismissed and disenfranchised. We have witnessed stagnated wages and good paying jobs are hard to find. Wall Street and huge conglomerates have put profits over people. This must change. We must begin doing what is right for all of us.

We have the resources to take care of the issues important to us: jobs, healthcare, education, the environment, social security, the list goes on. The choice is ours. Will we take the bold step and demand that our country represent we the people once again? Jenny Marshall is prepared to step up and fight for the people of North Carolina’s 5th District in Washington. A true voice for all

Healthcare – While the Affordable Care Act was a step towards covering more Americans who needed health insurance, many issues remain including rising out of pocket costs and high copayments/deductibles. The most troubling of all is that 27 million Americans are still uninsured. Access to healthcare is a human right that all Americans should enjoy. Our present healthcare system is organized by and for the benefit of big insurance and pharmaceutical companies and not the American people. This must change. We must strive for a single payer healthcare system including dental and vision coverage that empowers the government to negotiate with pharmaceutical companies to lower the prices of prescription drugs.

Environment – We only have one earth and we must take care of it. This means investing in clean renewable energy sources, increasing sustainable building and clean air, soil and water protections.
•She will push for a •ban on fracking and eliminating the EPA fracking loophole for oil and gas companies.
•reinstate the superfund tax structure so that the cleanup of such sites does not burden the citizens, but the industry who created it.
•the passing of a renewable electricity standard (RES) setting binding targets for renewable energy in the near- and long-term to diversify the U.S. electricity generation mix, save consumers money, and reduce pollution.

Money, Politics and the Electoral Process – Our political system has been corrupted by corporate interests and ultra wealthy donors who abuse the system for their gain. The Citizens United ruling that absurd notion that money is speech, corporations are people, and giving huge amounts of undisclosed money to politicians in exchange for access and influence does not constitute corruption. Campaign finance reform must be accompanied by efforts to strengthen voting rights – restoring the full protections of the Voting Rights Act, expanding early voting, and vote-by-mail, implementing automatic voter registration and same day registration, moving to ranked voting, ending gerrymandering and ensuring open primaries, among others.

Making Work Pay​ – Many people across North Carolina are struggling to pay their bills simply because wages are too low. Our federal minimum wage, $7.25, has not come close to matching inflation. Basics like food and housing have become more expensive, but comparatively, the buying power of the minimum wage has decreased.
*​She will push for:•Raising the minimum wage to $15 which would mean a raise for hundreds of thousands and help to close the gender wage gap.
•Ensure that people get the pay they have earned and not comp time which can be controlled by the employer.
•Raise wages of service workers that rely on tips.

Since November of 2016, we have seen our country fall into severe distress and heightened tensions across a wide spectrum of its citizenry. I am not sure any among us imagined that it would descend this quickly. We as a nation, and North Carolina as a state, deserve better. We should demand it.

The Thirteenth district deserves a Representative in Washington that will stand up to Donald Trump and Paul Ryan. Between Russia, Manafort, Flynn, North Korea, Mueller, Sessions, and now Charlottesville and its continuing aftershocks, we now know that Ted Budd does not have it in him to stand up for anything other than corporate profits under the guise of a twisted and misguided version of righteousness. We must all collectively denounce Nazism, fascism, and racism. We must all stand for justice. We are now responsible for our shared history.

With your support, I will stand up to Trump and Paul Ryan. I will stand up for all North Carolinians. There are too many people hurting, and we cannot turn a blind eye to injustice the way this administration and Congress have so viciously done.

My eyes are open.

My wife Amanda and I had our only child undergo open heart surgery two years ago. My wife is one of millions of women who live in constant fear of what healthcare will look like in the future for children such as our son with pre-existing conditions. We cannot claim to be a great nation and allow 15-20 million people thrown off healthcare. Shame on this President and shame on this Congress. We cannot allow this to happen.

I will commit my efforts in Washington and in NC’s 13th district to overturn Citizens United, stop the hollow and malicious efforts to ratchet up the War on Drugs, work toward significant progress in mental health reform, and fight to join the industrialized world in regards to healthcare.

The US has been subjected to a vicious and twisted profit-driven experiment for far too long, seeking to prove that we can drive down the cost of healthcare at the mercy of lobbyists and dark money. We cannot afford to accept it any longer.

I am a Quaker, a faith tradition and community in NC with an irrefutable reputation of working tirelessly to improve our lives with commitments to justice, peace and equality.

Democrats! Let’s work together for
•Mental Health Reform
•Equal pay for equal work
•Stopping Mass Incarceration
•Ending the war on drugs
•Investments and innovation in renewable energies
•Expansion of services for our veterans and their families
•Expanding Medicaid
•Acting as a voice of reason in Congress before sending our men and women in uniform into harm’s way
•A balanced budget and cuts in wasteful spending

END_OF_DOCUMENT_TOKEN_TO_BE_REPLACED 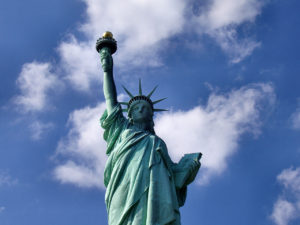 Whether we like it or not the Trump people are promoting election integrity issues to a large audience that has ignored them in the past – and while I believe Trump must never be President with every ounce of energy that i have – 100% – I strongly believe we must continue to join them in the fray to control and promote the [real] election integrity issues – at the same time – with the same intensity – 7 new links follow: 6 Million Lost Voters 10-26-2016 – AL.COM – Alabama law blocks 1 in 13 adults from voting  10-2016 – … END_OF_DOCUMENT_TOKEN_TO_BE_REPLACED

National Updates 9-2-2016 – techdirt – DHS’s New Election Cybersecurity Committee Has No Cybersecurity Experts – from the prepare-to-be-memoed-at,-hackers dept – There’s not much to be said about  Georgia’s Brian Kemp and California’s Alex Padilla — in terms of cybersecurity. However, there’s plenty to be said about safeguarding elections. Padilla has been sued twice over alleged election fraud. And Kemp’s office mistakenly released the personal information of six million registered voters. But there’s one thing they can all agree on: there’s nothing to worry about. Fortunately, this lack of technical prowess won’t prevent the working group from achieving the DHS’s goal, which appears to … END_OF_DOCUMENT_TOKEN_TO_BE_REPLACED