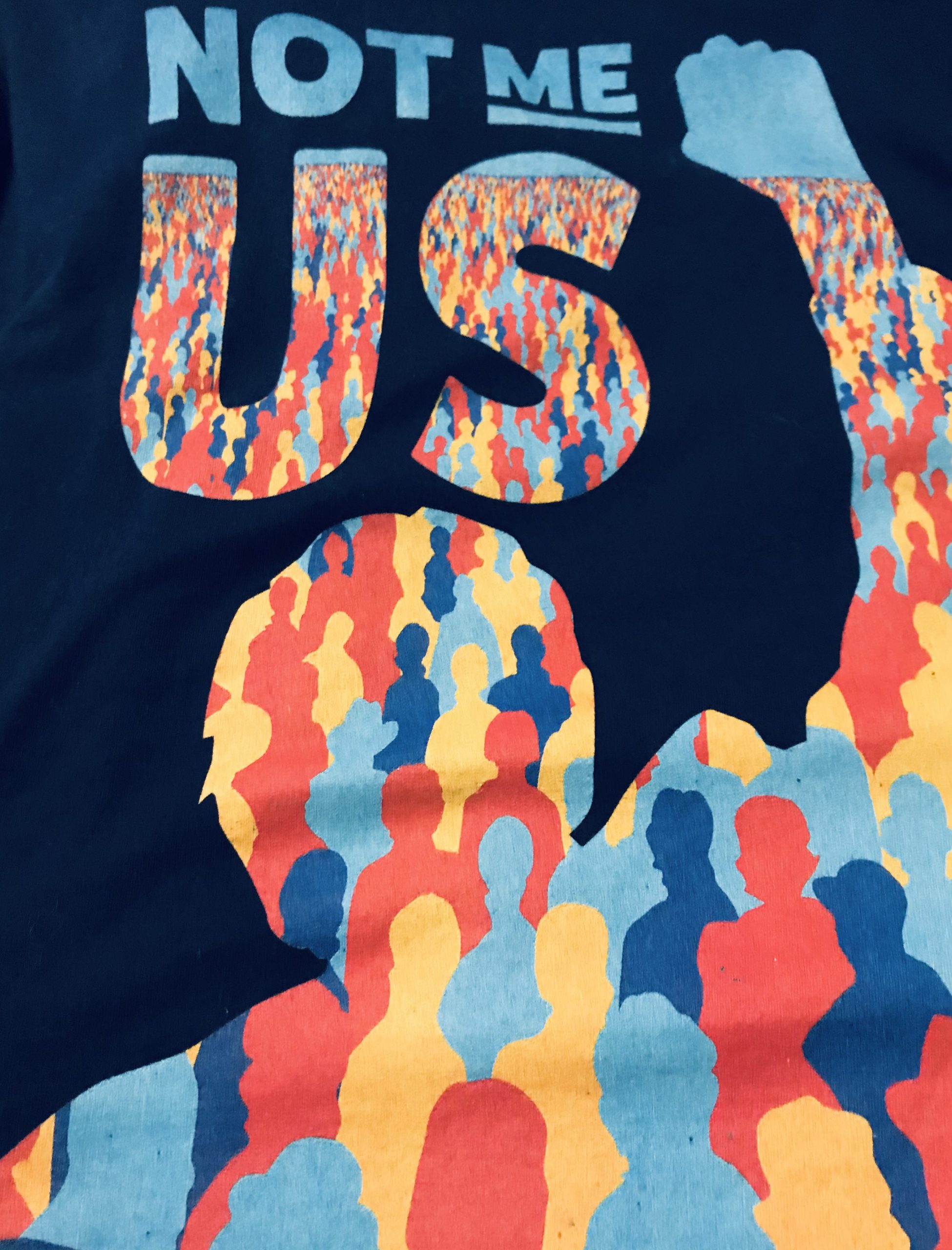 Last week marked the start of Early Voting in my county. I had applied for a mail-in ballot. Should I wait for the ballot, or maybe just go and see how busy the one polling place open is? Was I ready to make my choice for NOTA or a ticket on the ballot?

All summer I deliberated. I live in a state that will vote blue for the most part. Why should I care now that once again, the DNC handed the nomination on a silver platter to a heavily flawed candidate, this time Joe Biden. Second time in a row. I’m still befuddled how Bernie won the first few states, then lost most of the races after that.

Last Monday, I decided to show some support for a down ballot in my district.  I e-mailed the Dem County party office, and requested a sign.  I got an e-mail saying there was a shortage of signs for a particular candidate (the one running for congress) and would I take another sign instead? They had a dearth of signs until a week ago.

I negotiated instead, making it clear that I live on the edge of a town, and my backyard actually backs up to an avenue where the visibility is good. Moreover, the vote for the person running for the congress seat was crucial to redistricting. I’m glad they didn’t ask if I wanted a Biden Harris sign. Within 2 hours, there was a sign in my yard for Betsy Londrigan. She was not my first choice in the primary, but she almost won last time. The person who wrote me the e-mail took one of the signs from his yard and put it in mine. As it turned out, he was running for an office and was VP of the county party. That indicated to me an “Not me, us” attitude I could get behind.

Clearly, from my numerous criticisms on this site, Biden did not earn my vote, nor did he try to earn other progressives’ votes, other than meeting with them. Like Bernie said recently, if I were young, I’d be very angry.

Young people can transform this country. We must do everything we can to ensure they vote in this election. pic.twitter.com/RIeUyphJ2o

However, I decided to vote in person last Thursday as I made up my mind to go ahead with the deed.  I did vote for the Democratic Party ticket - from POTUS on down to local races. There was one Republican considered for one of the races, but decided just to vote all Dem.  I was very tempted to vote for the Socialist & Liberation party candidate.

I don't expect many birdies to do what I did, but I think we do need to send a signal to Trump and his gross incompetent buddies that he is getting fired for insubordination and domestic terrorism.

Identity politics for electing the highest officer of the federal branch did weigh in just a bit. While I would have preferred Tammy Baldwin, Barbara Lee or Karen Bass for VP choice, I'm hoping that Harris will help Biden bend a bit more if he has truly evolved since the days of that gosh-awful crime bill of 1994.  I also want all girls to be able to look up to someone like Harris, who is the daughter of immigrants. I am concerned that the donor money has already infiltrated her political psyche, but at this point, she's agreed to what the party wants her to do, which is help get the ship turned around. I do think she will help the ticket, even more than when Geraldine Ferraro did in 1984 when she was nominated.  I was thrilled when Ferraro was nominated, but unfortunately, she had a very weak running mate.   Similar situation here, but to be fair to Mondale, Reagan was an effective spokesperson for the GOP.

I'm also hoping Anita Hill will get a judicial bench out of this, or advise on a good selection to choose from judicial nominees. The problem is the Dem party has given away too many picks already instead of fighting for them now.

This SCOTUS nominee is extremely smart, but that doesn't make her any less extreme, it just makes that extremism more dangerous. https://t.co/woOyMKWhHm

Bernie is right in my mind about the threat to democracy. I'm not voting for Biden. I voted to give Democracy an opportunity to breathe and eventually thrive again, and as a Democratic Socialist, I concluded this was the best choice I could make. It's not about me even though it would have been nice if Biden could have tried more to earn my vote.

Democracy is a requisite to every thing we do as Americans; it must win first. It's hard though because we are all exhausted from COVID, forest fires, and tweets. But I'm still DemExit and will criticize the two major parties in order to raise awareness of issues that crumbs aren't enough to fix. We need a transformative government to streamline major resources to prevent the spread of pandemics and to beat back poverty. We pay their salaries and they should be accountable to us.

That's my beef for now.  More news, tweets, and videos in the comments.  This serves as an open thread.