“If your politicians are not serving you, get rid of them. If you don’t have anyone to vote for, run.”

Not simple platitudes, these are the words from the victory speech of DSA and Our Revolution backed Summer Lee, winner of Pennsylvania’s 34th State House District primary who ran on a campaign of single payer, abolishing cash bail, renewable energies, and a whole host of other progressive platform planks.

“It’s not even close,” Paul Costa, 58, said of the 68% to 32% margins after calling Ms. Lee to congratulate her. “Their campaign did a lot better job of getting people out to vote. They energized a lot of people, and they showed up at the polls. They ran a very aggressive campaign in getting people out to vote, they did a very good job in that. I thought we did too, but obviously they did a lot better.”

Not facing a Republican challenger in the general election in November, she will become one of the few African-American women in the Pennsylvania House of Representatives.

With nearly 40% of the vote when the race was called, John Fetterman solidly beat four other Democratic candidates in the primary for Pennsylvania’s lieutenant governor, including incumbent Mike Stack. Democrat Nina Ahmad had roughly 22 percent of the vote.

Fetterman will be Gov. Tom Wolf’s running mate in the November general election. The two will face off against the Republican ticket of gubernatorial candidate Scott Wagner and lieutenant governor candidate Jeff Bartos, who also secured their victories Tuesday night.

“It’s overwhelming,” Fetterman told supporters after his victory.”I’m just coming at this from a low-key, overwhelmed, humble place.”

He arrived at the Santander Performing Arts Center in Reading on Sunday to speak to more than 1,000 supporters.

Sanders touched on various topics including health care and President Donald Trump, but the most often talked about topic was that of the new tax plan approved by the Senate this weekend. Sanders is one of the plan’s most vocal opponents.

“Trickle down economics is a trick,” Sanders bellowed from the stage.

Despite the seated, intimate atmosphere of the Santander Performing Arts Center, there were times when the gathering took on the look, feel and sound of a rowdy rally. But the overall message among the thousand plus in attendance was clear.

“I think his message is to stay relentless,” said Eileen Kerrigan of Philadelphia. “And continue to resist what’s being forced on us.”

The full Reading Rally as well as other news/videos/tweets/etc. will be in the comments, including:

John Fetterman, the charismatic and tattooed mayor of this Pittsburgh suburb who ran a fiery but unsuccessful campaign for U.S. Senate last year, announced his campaign for lieutenant governor Tuesday morning.

“I’m going to be going out all across Pennsylvania, campaigning town to town [in] many of these forgotten places — second-chance cities, whatever you want to call them — that have become my professional passion,” he told about 100 supporters in a Braddock theater space.

He pledged to fight for progressive issues including a higher minimum wage, better police-community relations, and marijuana legalization.

His campaign was endorsed by Pittsburgh Mayor Bill Peduto. Peduto said that although much of contemporary politics foments division between communities, “There’s no one talking about the similarities” between the challenges faced by inner-city communities and more rural areas. “What is needed … is somebody who can not only speak for all, but who has proven through their leadership in a community that has been knocked down to its knees,” he said.

Fetterman grew up in York, and earned a master’s degree in public policy from Harvard University. He moved to Braddock after participating in an Americorps program that helped people earn high-school equivalency degrees, and ran for mayor in 2005, winning by a single vote.

END_OF_DOCUMENT_TOKEN_TO_BE_REPLACED

1-26-2017 note from Jill Stein with PA, WI, MI Recount updates: When we decided to initiate a recount, together with over 10,000 volunteers and 161,000 donors, we knew it wouldn’t be easy.But we had little idea how hard the political establishment would fight against transparent, accountable elections. In Michigan, Trump’s GOP cronies stopped the recount despite – or maybe because of – revelations about major problems with the vote count, particularly in under-resourced black and brown communities. In Wisconsin, although the law was on our side, many low-income communities of color most vulnerable to tampering never got the hand recount … END_OF_DOCUMENT_TOKEN_TO_BE_REPLACED 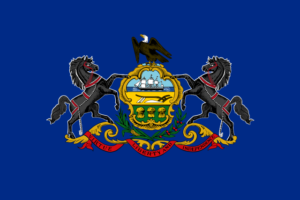 Does No One Care That up to 7 Million Votes Were Not Counted? By Thom Hartmann – Crosscheck kicked millions of people – overwhelmingly people of color, according to Palast – off the voting rolls before election day. In many key states, the number of people purged by Crosscheck was much, much larger than Trump’s margin of victory. MI, WI, PA – As of 1-9-2016 Thoms story has almost 40,000 FB shares, 800+ Twitter Shares, and 40,000+ shares in other ways. at 100,000+- shares, sharing is running 100 times that of many recent stories posted to his site. Does No … END_OF_DOCUMENT_TOKEN_TO_BE_REPLACED