Good news…hundreds and hundreds of Minnesotans protested, wrote emails, made angry phone calls and sent letters to their local and State Reps for over a week demanding that Minnesota’s Hennepin County Sheriff’s Deputys be brought back from The Standing Rock Stop the DAPL Action. Hennepin County covers the City of Minneapolis and surrounding areas, the most populace area in the state. Now, the sheriff’s deputies and equipment are on their way back to Minnesota from the site of the Dakota Access Pipeline protest in North Dakota. The protest against the Dakota Access pipeline moved inside Minneapolis’ City Hall on Friday. … END_OF_DOCUMENT_TOKEN_TO_BE_REPLACED

On Wednesday, President Obama met at the White House with law enforcement officials and civil rights leaders. President Obama hosted the meeting one week after the fatal police shootings of Alton Sterling in Baton Rouge, Louisiana, and Philando Castile in Falcon Heights, Minnesota, and the killing of five police officers by a sniper in Dallas. While the deaths of Alton Sterling and Philando Castile made national headlines, they were not isolated incidents. According to a count by The Guardian, at least 37 people have been killed by police in the United States so far this month. That’s more than the total number of people killed by police in Britain since the year 2000. Overall, police in the United States have killed a total of 585 people so far this year. We speak to former Seattle Police Chief Norm Stamper, author of the new book “To Protect and to Serve: How to Fix America’s Police.” 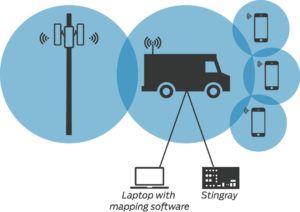 Via CommonDreams.org by Nadia Prupis For the first time, a federal judge has thrown out evidence obtained by police without a warrant using the controversial “Stingray” device that mimics cell phone towers to trick nearby devices into connecting with them, revealing private information. U.S. District Judge William Pauley said the defendant’s rights were violated when the U.S. Drug Enforcement Administration (DEA) used a Stingray to figure out his home address during a drug investigation. Pauley rejected the evidence, writing, “The use of a cell-site simulator constitutes a Fourth Amendment search…. Absent a search warrant, the government may not turn a … END_OF_DOCUMENT_TOKEN_TO_BE_REPLACED 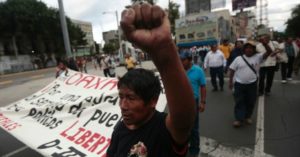 Teachers, students, & community came out to Mexican Consulate to show support for teachers on strike in #Oaxaca pic.twitter.com/QN3CgRFK6w — OverpassLightBrigade (@OLBLightBrigade) June 25, 2016 DemocracyNow In the southern Mexican state of Oaxaca, a deadly police crackdown against teachers has left nine people dead and more than 100 wounded. On Sunday, police descended on teachers in the community of Nochixtlán, where they had set up blockades to protest against neoliberal education reform and the arrests of two teachers’ union leaders last week on what protesters say are trumped-up charges. “As soon as they arrived, they began to attack. And we … END_OF_DOCUMENT_TOKEN_TO_BE_REPLACED