In a series of Sunday television appearances, key congressional leaders seemed optimistic that the Democratic caucuses of both chambers would join forces to pass both a bipartisan infrastructure bill and a Build Back Better package to advance President Joe Biden’s agenda—even if it requires missing a rapidly approaching deadline.

House Speaker Nancy Pelosi (D-Calif.), in order to advance the budget resolution for the broader package last month, struck a deal with a small group of right-wing Democrats that the chamber would “consider” the bipartisan bill by September 27, which is a week from Monday.

Progressives in the House have made clear that they won’t back the infrastructure bill unless Congress simultaneously passes a $3.5 trillion package for social and climate programs. Passing that package through the budget reconciliation process allows Democrats to avoid a GOP filibuster in the Senate but forces them to follow certain rules and get full caucus support.

Asked on “Face the Nation” Sunday whether the package’s $3.5 trillion price tag may come down to secure support from right-wingers such as Sen. Joe Manchin (D-W.Va.), Senate Budget Committee Chair Bernie Sanders (I-Vt.) indicated that was not an option.

“We’re going to have to work it out, as we did with the American Rescue Plan. But I have already made, and my colleagues have made, a major compromise,” Sanders told CBS’ Margaret Brennan, noting that he initially fought for an investment of at least $6 trillion over a decade.

Emphasizing that “$3.5 trillion is much too low,” and “a compromise has already been made,” Sanders called on his colleagues to pass the package for the American public—which, as he pointed out, broadly supports Democrats’ spending plans, according to recent polling.

While sharing Sanders’ prediction that Democrats will ultimately pass a reconciliation package, House Majority Whip Jim Clyburn (D-S.C.) suggested during a Sunday appearance on “State of the Union” that they may not do so by their own deadline.

“There’s always a possibility that the vote would get delayed, but the question is: ‘Are we going to work to get to our goal for September 27?’ Yes, we are going to work hard to reach that goal, and sometimes you have to kind of stop the clock to get to the goal. We’ll do what’s necessary to get there,” Clyburn told CNN’s Jake Tapper.

Addressing the debate over the reconciliation package’s price tag, Clyburn said that “we ought to stop focusing on the number and start looking at what needs to be done.”

Rep. John Yarmuth (D-Ky.), chair of the House Budget Committee, echoed Clyburn’s comments on “Fox News Sunday,” telling Chris Wallace that “we’re not really focused on the top line of spending” but also “I suspect it will be somewhat less than $3.5 trillion.”

“What we’re focused on is the fact that these are things that we absolutely have to do as country,” Yarmuth said. “These are not frivolous matters. We have a desperate deficiency in the social infrastructure in this country, access to affordable child care, the absence of early childhood education, [and] the infrastructure for senior care.”

The congressman also said that while the current plan is to vote on the bipartisan infrastructure bill by Pelosi’s deadline, under the House rules, even if the chamber passes the Senate-approved legislation, Pelosi does not have to immediately send it to the president for signature, so “there’s some flexibility in terms of how we mesh the two… mandates.”

Yarmuth also predicted that for the reconciliation package, “we’re probably going to slip past the September 27th date, sometime into… early October would be my best guess.”

Democrats are still working out the details of several parts of the sweeping reconciliation package, set to include major policies on child care, climate, education, immigration, Medicare expansion and drug pricing, and taxation—with ongoing debates about deductions for state and local taxes as well as tax hikes for rich corporations and individuals.

The New York Times’ Jim Tankersley reported Saturday that “no president has ever packed as much of his agenda, domestic and foreign, into a single piece of legislation as President Biden has with the $3.5 trillion spending plan that Democrats are trying to wrangle through Congress.”

More news, analysis, and of course, your comments for the thread below. See you there!

We’ll start with a Common Dreams piece about Sanders and others reaction to three center-right House Dems voting against Medicare having negotiating authority for prescription prices.

After three House Democrats voted against a key plank of their party’s plan to lower prescription drug prices, Sen. Bernie Sanders said Wednesday that Congress must ensure the provision is included in the final budget reconciliation package despite objections from conservative lawmakers.

“The good news is that the full Congress must and will do far better,” Sanders added. “At a time when the drug companies are charging us by far the highest prices in the world, Congress must demand that Medicare negotiate prices with this extremely greedy and powerful industry.”

The Vermont senator’s statement came after a popular proposal to let Medicare directly negotiate prescription drug prices with pharmaceutical companies failed to pass the House Energy and Commerce Committee in a 29-29 vote. Reps. Scott Peters (D-Calif.), Kathleen Rice (D-N.Y.), and Kurt Schrader (D-Ore.) joined their GOP colleagues in voting against the provision, which is backed by the White House and the Democratic leadership.

Medicare, the largest buyer of prescription medicines in the U.S., is currently barred by federal law from negotiating prices with drug manufacturers thanks to a “non-interference clause” that progressives have long sought to repeal. Democrats’ current proposal would amend the clause to allow the secretary of Health and Human Services to negotiate drug prices on behalf of Medicare—a plan that could dramatically cut costs for patients and produce hundreds of billions of dollars in federal savings over the next decade.

A version of the plan was included in legislation (H.R. 3) that the House passed in late 2019 with the support of Peters, Rice, and Schrader. But the conservative Democrats are balking now that the proposal—once a mere messaging and campaign tool—actually has a chance of becoming law.

The pharmaceutical industry is fervently opposed to allowing the federal government to negotiate drug costs, which would threaten companies’ ability to set sky-high prices. The Government Accountability Office estimated earlier this year that in 2017, Medicare Part D paid twice as much for the same prescription medicines as the Department of Veterans Affairs, which is allowed to directly negotiate prices.

According to a study published last week by Gallup and West Health, more than 15 million U.S. adults under the age of 65 and 2.3 million seniors were unable to afford at least one doctor-prescribed medication this year.

“The pharmaceutical industry has spent over $4.5 billion on lobbying and campaign contributions over the past 20 years and has hired some 1,200 lobbyists to get Congress to do its bidding. They are the most powerful industry on Capitol Hill,” Sanders said Wednesday. “Nonetheless, the American people are demanding that Congress stand up to them and finally lower the outrageous price of prescription drugs by requiring Medicare to negotiate with the pharmaceutical industry.”

“Now is the time for Congress to show courage and stand up to the greed of the pharmaceutical industry,” the Vermont senator added. “The American people will not accept surrender.”

Pharmaceutical Research and Manufacturers of America (PhRMA), the industry’s top lobbying organization, applauded Peters, Rice, and Schrader for stopping the Medicare negotiation plan from passing out of the Energy and Commerce Committee. Peters and Schrader are both major recipients of pharma donations.

“This should be a strong signal to the House leadership that there is broad support for lowering costs for patients without sacrificing access to new cures and treatments,” the group said, deploying its favorite—and highly misleading—talking point against the proposal.

Aija Nemer-Aanerud, the Healthcare for All organizer at People’s Action, said Wednesday that the three Democrats’ votes were “a bald-faced display of corporate allegiance.”

“We’re living through a once-in-a-generation opportunity to win big for poor and working people,” said Nemer-Aanerud. “Today’s actions prove they want nothing to do with this vision.”

Despite the provision’s failure in the Energy and Commerce Committee, Sanders and other top lawmakers in the Democratic caucus voiced confidence that Medicare price negotiation will ultimately be included in the final reconciliation package. Nemer-Aanerud noted that the House Rules Committee has the ability to insert the Medicare negotiation language ahead of floor debate on the reconciliation bill.

Soon after the plan was rejected by Energy and Commerce, the House Ways and Means Committee—which also has jurisdiction over health policy—approved it, with Rep. Stephanie Murphy (D-Fla.) voting no. House Democrats can only afford three no votes on the final reconciliation package, which lawmakers hope to complete by the end of the month.

David Mitchell, a cancer patient and founder of Patients For Affordable Drugs Now, applauded the Ways and Means panel’s vote and said Democrats must “fulfill their promise to pass strong Medicare negotiation to lower drug prices on behalf of Americans.”

“The U.S. House Ways and Means Committee stood strong with patients today by voting to advance H.R. 3 in the reconciliation package,” said Mitchell. “The inclusion of this strong Medicare negotiation legislation fuels momentum towards comprehensive, meaningful reform to provide relief to millions of Americans facing high drug prices in this country.”

More news, tweets, and perspectives along with your comments below. This also serves an open thread. Benny’s Bar will be open for beverages and maybe a video jukebox! 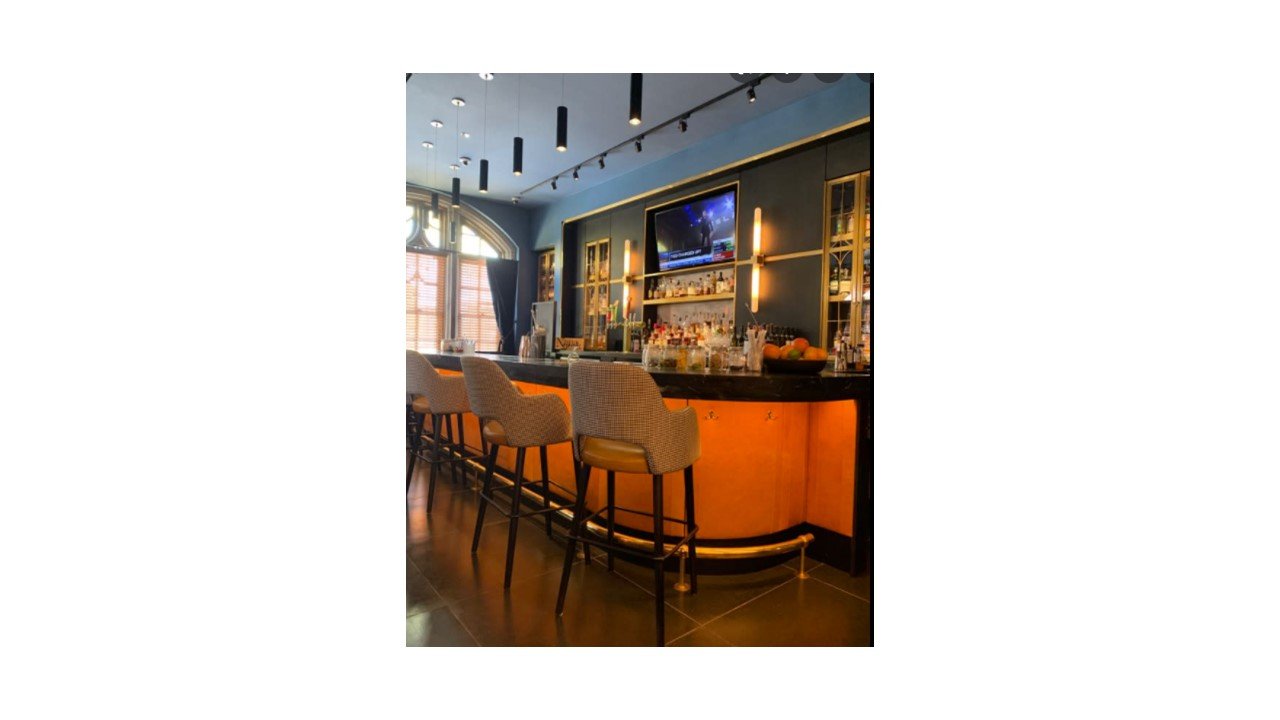