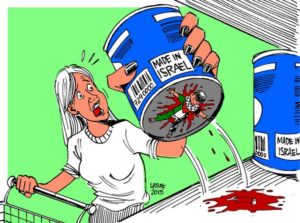 Reprinted from Mondoweiss.net by Philip Weiss Last week the New York Times reported a shocking statement from the former University of California chancellor on the importance of stopping the Boycott, Divestment, and Sanctions movement (BDS) on campus because it threatens to poison the next generation of American leaders against the special relationship between the United States and Israel. Linda K. Wertheimer reported: [I]n December, Mark G. Yudof, former president of the University of California system, helped create the Academic Engagement Network. The group has some 275 members, mostly faculty, on about 110 campuses working in opposition to the B.D.S. movement. … END_OF_DOCUMENT_TOKEN_TO_BE_REPLACED