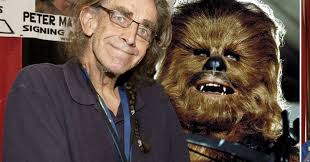 May the Fourth help Chewbacchus say farewell to Chewbacca

The Mayhew memorial march is planned for May the 4th, a date embraced by Star Wars fans because of the films’ tag line: “May the force be with you.”

A post on the Chewbacchus Twitter feed outlined the memorial plan: “We will gather at Dat Dog (601 Frenchmen St.) at 7 p.m. and toast Peter between 7:50 – 8 p.m. Our procession will begin at 8:30 p.m. We will travel down Frenchmen Street led by the Browncoat Brass Band to Dragon’s Den (435 Esplanade Ave.) to begin our May the Fourth celebrations. Come in costume or come from Jazz Fest and celebrate with Chewbacchus the life and legacy of Peter Mayhew.”