I didn’t want to publish this today. But since it just published when I reloaded, what the heck. If anyone knows how to save a draft and not publish it when you close and reopen, please let me know in the comments. No longer an OT anyway. Enjoy. My new mantra–“No problem!” :O) Skeptical, check. No way, check. Silly, check. Yes, I, too, was taken aback when I saw the headline. Now that I’ve read and reread the article, I’m smitten. I still have some doubts, sure–this is a new love and I don’t want to fall head over heels. … END_OF_DOCUMENT_TOKEN_TO_BE_REPLACED

Admittedly this is my first Court candidate post I’ve created, and its a little more difficult as court candidates are careful what they say issue/policy wise lest they be accused of some sort of bias in court, but Tim Burns seems like just the right kind of guy for Wisconsin’s Supreme Court. From: Burns For Wisconsin Tim Burns is a partner at a law firm in Madison, Wisconsin. He is a former co-chair of the Insurance Coverage Litigation Committee of the American Bar Association. A graduate of University of Missouri-Columbia Law School, Tim is licensed in Wisconsin, Illinois and Missouri. … END_OF_DOCUMENT_TOKEN_TO_BE_REPLACED 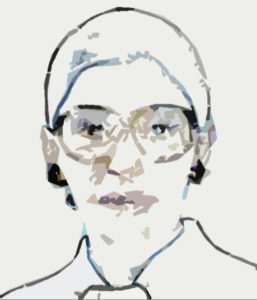 In case you didn’t know, Ruth Bader Ginsberg has inspired fan art, from tattoos to T-shirts to music to GIFs and memes and posters, a book — “The Notorious RBG,” and now, an art exhibit at Los Angeles’s Skirball Center (in the works for 2018). Here are excerpts from the article about it by Cristian Farias, in the Huffington Post: http://www.huffingtonpost.com/entry/ruth-bader-ginsburg-museum_us_57ee87dce4b024a52d2e95e1?section=&section=us_arts Justice Ruth Bader Ginsburg is gearing up for the start of a new term at the Supreme Court, which kicks off next week in Washington and may or may not promise a lot of thrills and chills. But far from the court’s marble corridors, in Los … END_OF_DOCUMENT_TOKEN_TO_BE_REPLACED

The Tim Kaine nomination is profoundly wrong. Wrong with an 50+% chance of being a profoundly horrible mistake for everyone in this county. A mistake that will hit the 98% of Americans who are not already Millionaires and Billionaires especially hard. The three powerful reasons why no Democratic party US Senator – especially a harder to replace southern Senator – should be proactively taken from their Senate seat in the next 2 years are: 1) US Democratic Party Senators ability to get anything done through Democratic Party Control of the US Senate – Why would anyone trade a nearly certain 10+ more years for … END_OF_DOCUMENT_TOKEN_TO_BE_REPLACED

The U.S. Supreme Court on Monday struck down one of the nation’s toughest restrictions on abortion, a Texas law that women’s groups said would have forced more than three-quarters of the state’s clinics to shut down.

Passed in 2013, the law said clinics providing abortion services must meet the same building standards as ambulatory surgical centers. And it required doctors performing abortions to have admitting privileges at nearby hospitals.

Since the law was passed, the number of clinics providing abortion services in Texas dropped to 19 from 42. Opponents said that number would fall to ten if the Supreme Court upheld the law.

Texas defended the restrictions, saying that states have wide discretion to pass laws in areas where there is medical and scientific uncertainty. The state said the law was passed “to ensure patient safety and raise standards of care.”

The court’s decision will affect similar laws in twelve other states, some now on hold because of court challenges. The restrictions in Texas represented a new front in efforts to restrict abortion by focusing on protecting the health and safety of the mother rather than the life of the fetus.