The president took aim at the Democratic governor on the same day state and federal authorities revealed they had foiled a plot to kidnap and possibly kill Whitmer. Whitmer responded late Thursday, poking fun at the president’s decision not to participate in an upcoming debate against Democratic nominee Joe Biden.

During a speech Thursday afternoon, the governor thanked law enforcement for their efforts. But then she took aim at the president, noting that during a recent presidential debate he failed to disavow white supremacists.

Trump supporters immediately lashed out at the governor’s comments. Hours later, Trump took to Twitter to go after Whitmer.

“Governor Whitmer of Michigan has done a terrible job. She locked down her state for everyone, except her husband’s boating activities. The Federal Government provided tremendous help to the Great People of Michigan,” Trump tweeted.

He’s referencing an incident earlier this year where Whitmer’s husband mentioned he was married to Whitmer when asking about having his boat prepared to be put in the water ahead of others. The governor said it was a bad joke.

…today that they foiled a dangerous plot against the Governor of Michigan. Rather than say thank you, she calls me a White Supremacist—while Biden and Democrats refuse to condemn Antifa, Anarchists, Looters and Mobs that burn down Democrat run cities…

Trump’s tweets continued. The president took credit for the entirety of the foiled plot, not noting that local law enforcement charged seven people Thursday in addition to the six facing federal charges.

“Rather than say thank you, she calls me a White Supremacist — while Biden and Democrats refuse to condemn Antifa, Anarchists, Looters and Mobs that burn down Democrat run cities … I do not tolerate ANY extreme violence. Defending ALL Americans, even those who oppose and attack me, is what I will always do as your President!” Trump tweeted.

Whitmer never called the president a white supremacist. Instead, she said the president has spent the last seven months “stoking distrust and fomenting anger” and “giving comfort to those who spread fear and hatred and division.”

Biden and many other Democrats have condemned people who riot, while acknowledging almost all protesters around the country are peacefully seeking criminal justice reform.

All of these facilities are open.

Last week, hours after Trump revealed he had tested positive for COVID-19, the Michigan Supreme Court determined a law Whitmer had cited to issue executive orders was unconstitutional. Even before the ruling though, places of worship were exempt from many coronavirus exemptions and the vast majority of businesses and schools were allowed to operate in some capacity.

After 10 p.m. Thursday, Whitmer responded with a brief tweet.

“Mr. President, I thought you weren’t interested in a virtual debate? You clearly didn’t watch my speech earlier. Feel free to tune in,” Whitmer said, sharing a link to a video of her statement.

Earlier in the day, the president and his campaign balked at a decision by the Commission on Presidential Debates to hold a virtual debate.

During an interview with CNN on Thursday, Whitmer responded to criticism levied by a Trump senior adviser.

“I think it tells you everything you need to know about the White House and the people they surround themselves by. The fact that after a plot to kidnap and to kill me, this is what they come out with. They start attacking me. As opposed to what good, decent people would do, is to check in and say are you OK. Which is what Joe Biden did,” Whitmer said.

“We have a choice between a leader who is going to have his minions attack people when they are being targeted by domestic terror groups, and we have a leader who calls to see how you’re doing, to check in, and see what they can do to help and be supportive.”

A little music to start your day. 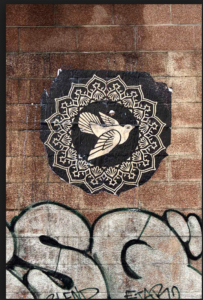 ISTANBUL — Suicide attackers killed more than 30 people and wounded dozens more at Istanbul’s main airport on Tuesday night, in the latest in a string of terrorist attacks in Turkey, a NATO ally once seen as a bastion of stability but now increasingly consumed by the chaos of the Middle East. Shortly before 10 p.m., officials said, two gunmen opened fire with automatic weapons at a security checkpoint outside Istanbul’s Ataturk airport, one of Europe’s busiest, and then detonated their explosives, setting off two fireballs. A third attacker detonated explosives in the parking lot, a Turkish official said. The … END_OF_DOCUMENT_TOKEN_TO_BE_REPLACED

In the deadliest mass shooting in American history, 50 people have been killed and 42 injured at a LGBT club in Orlando, Florida. The FBI have indicated that this is possibly an act of Radical Islamic Terrorism. The shooter, identified as Omar Mateen, was killed by police. Mateen was wearing what appeared to be a suicide vest which was removed and handled by a bomb squad. Police: Approximately 20 dead inside Florida nightclub after mass shooting THE FOLLOWING ARTICLE WAS PUBLISHED BEFORE ALL INFO WAS IN: “It’s appears he was organized and well-prepared,” the chief said, adding that the shooter … END_OF_DOCUMENT_TOKEN_TO_BE_REPLACED