Bernie Sanders, the former US presidential election candidate, has congratulated Jeremy Corbyn, saying the election result is a sign of the world “rising up against austerity”.

Prime Minister Theresa May was fighting to hold on to her job on Friday as British voters dealt her a punishing blow.

With no clear winner emerging from Thursday’s parliamentary election, the wounded prime minister signalled she would fight on, despite losing her majority in the House of Commons. Her rival Jeremy Corbyn said she should step down.

“I am delighted to see Labour do so well,” Mr Sanders told the Washington Post. “All over the world people are rising up against austerity and massive levels of income and wealth inequality.

“People in the UK, the US and elsewhere want governments that represent all the people, not just the 1%.

“I congratulate Jeremy Corbyn for running a very positive and effective campaign.”

More news/video/etc. in the comments, see you there! 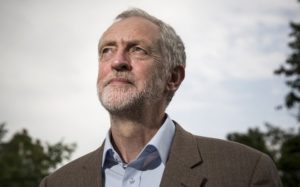 [Cross-posted from TOP, no link in respect of those who do not wish one]: It has been a big Monday already in UK politics. In fast-moving developments, the Tory leadership battle abruptly ended and the onus was thus thrown on Labour to wrap things up ASAP. Theresa May, after an extremely lackluster and half-hearted campaign for Remain, somehow emerged as the “wise, reasonable” consensus leader of the conservative Tories. Her last opponent standing, Leave-supporting Andrea Leadsom, surprised the political set by dropping out, leaving May the only candidate on the ballots that will be mailed to Tory voters. Leadsom … END_OF_DOCUMENT_TOKEN_TO_BE_REPLACED